From Nigeria to Virginia to Idaho: Boise State DE commit's unique journey to the Broncos

Andy Nwaoko's journey to The Blue was an unlikely one but he's achieved his goal of getting a scholarship after playing football for only two years. 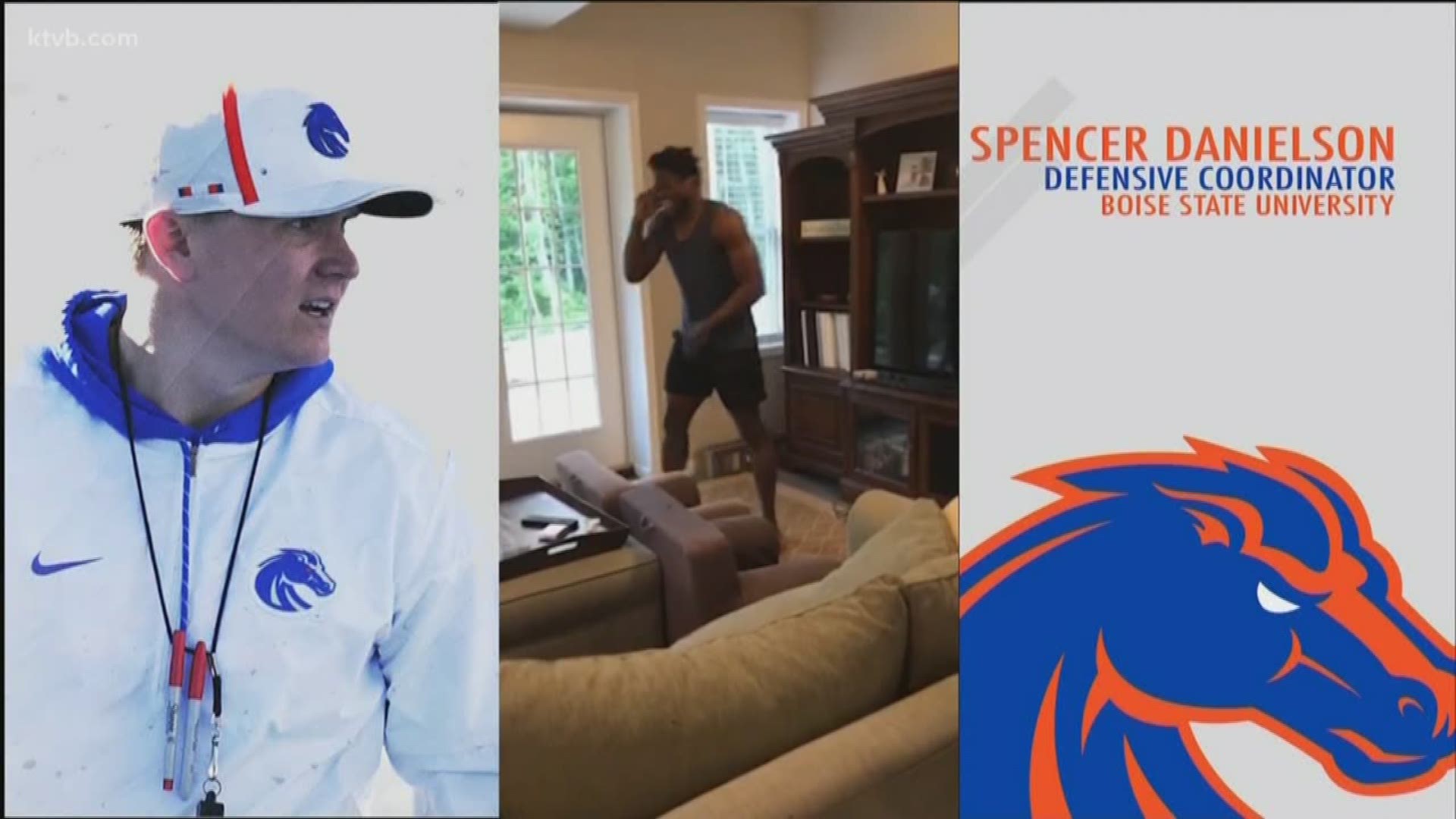 BOISE, Idaho — The Boise State Broncos' new unofficial defensive end commit has one of the most unique journeys to The Blue and may become a fan favorite of Bronco Nation in the years to come.

Andy Nwaoko was born and raised in Nigeria, left his family to move to Virginia three years ago to pursue an education and play sports. He initially played basketball at Blue Ridge School in Virginia and lived with one of his basketball coaches. When he arrived in Virginia, he had never heard of football but one coach asked him if he had any interest in playing football, due to his size, frame, and pure athleticism.

After his sophomore year, Nwaoko decided to give it a try. Even though he only played football for two years, he led the Barrons to the state title game and earned State Defensive Player of the Year honors after he racked up 81 tackles and 11 sacks.

The Broncos didn't reach out to Nwaoko until National Signing Day in February. He told KTVB that defensive line coach Spencer Danielson called him and basically said that the Broncos were interested in him and they may have a scholarship available for him down the road.

Up until then, Nwaoko was playing on committing to FCS Albany but stayed patient and waited to see how things would play out. His patience paid off after the Broncos offered him a scholarship last week and he committed shortly after.

KTVB's Will Hall spoke with the Broncos' newest commit over the weekend to discuss what his unique journey to Boise State was like.

Will Hall: How does a kid that's only played 2 years of high school football wind up at Boise State?

Andy Nwaoko: I guess it's just hard work. When I started playing, I didn't know how far I was going to get, but I felt like I'd give everything I got.

Hall: What went into the decision to come to the United State from Nigeria?

Nwaoko: I always wanted to get a good education and play sports.

Hall: So you originally came over here and the idea was, you were probably going to play basketball?

Hall: How did you wind up playing football then?

Nwaoko: So after my sophomore season, the football coaches were like, 'I think you should play football, I felt like skill set is a better fit for football.' When I stepped on the field, I was like, this is easy. It just happened naturally, I fell in love with the game.

Hall: When you first put on the helmet, the shoulder pads, and the equipment, what was going through your mind?

Nwaoko: It was like, this is heavy, how am I supposed to run in this (haha).

Hall: How did you get connected with Boise State then?

Nwaoko: I had a goal, I was trying to get a scholarship. I was going to commit to Albany the night before signing day and then Coach Danielson called me that night. I waited and as time went on, I started building the trust with Coach Danielson, he's a great person, and he became, like family from distance, which is weird, but he made me understand that he had my back.

Hall: So that night when he called you, did he offer you a scholarship?

Nwaoko: No. For four months, we just kept on talking, and I was waiting and waiting for four months. At some point, I was like, where is this leading to?

Hall: What was the moment when he called and actually offered you a scholarship?

Nwaoko: Tuesday, he calls me and he's probably like going to say the same thing, right? I say, 'What's up, coach?' And he's like, 'You got an offer from Boise.' I can't explain how I felt.

Hall: What was that moment like being able to tell your family you had a scholarship?

Nwaoko: My mom almost cried, my uncle's voice was like breaking, it was just really emotional, it was cool.

Hall: How unique is that, in that, you have committed to a place, that you actually haven't even been to in person yet?

Nwaoko: That's the same thing that got me to Blue Ridge from Nigeria. It was the same type of relationship with my basketball coach, and because of that, I believe that guys like this, he's not going to let me down. So that's the same kind of thinking I'm using to come to Boise.

RELATED: Boise State's Derrick Alston speaks out on Black Lives Matter and voting: 'I have to stand up for what is right'