"My team loved me up and took me in as family. That allowed me to be confident going out for my freshman season for Boise State football," he said. 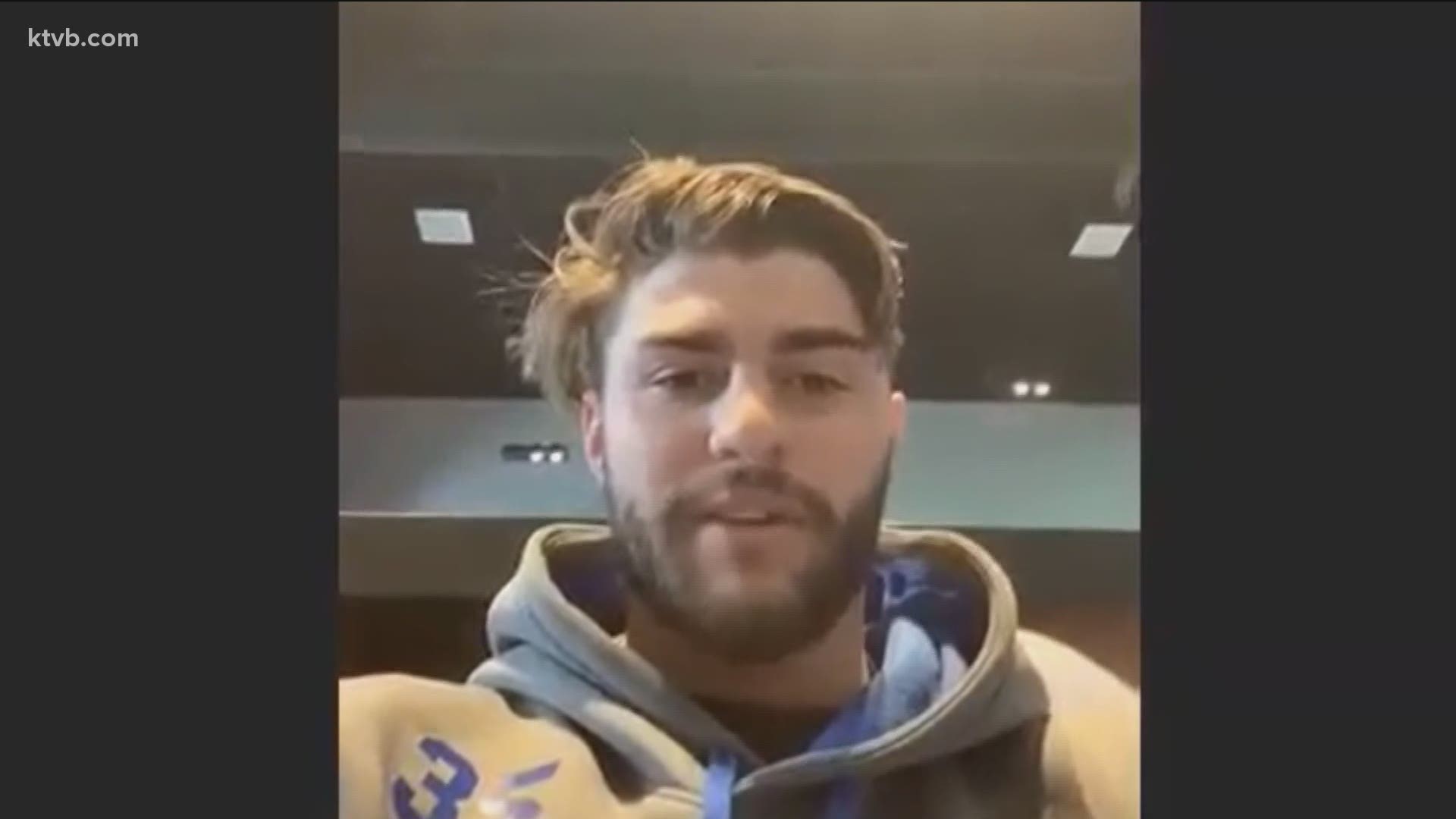 MERIDIAN, Idaho — From a standout soccer star in high school to a mission in southern California to the starting kicker for the Boise State Broncos, Jonah Dalmas has had a unique path to The Blue.

The former Rocky Mountain football and soccer standout won the 2016-17 Gatorade State Soccer Player of the Year for the Grizzlies. He graduated from Rocky Mountain in 2017. That Fall, he left for a two-year church mission in Riverside, California.

"I came back from my mission in September of 2019 and was looking to play either soccer or football at the next level," the sophomore kicker said. "Since I was a local guy and all of my family lives in Boise, I thought I would give [football] a try."

Dalmas said he was able to get in contact with some of the coaches, who decided to give him a 14-day tryout.

"The third or fourth day into that 14-day tryout, they put me on the team," Dalmas recalled.

Dalmas earned the starting kicking job for Boise State in the fall of 2020, finishing seven out of eight on field goals, with a long of 51 yards, and 30 of 31 on extra-point attempts.

"I definitively would've said I definitely would love to give it a shot. I'm pretty confident in my abilities and I love playing the sport, I love being in an environment where it's competitive. If you were to have told me that I was going to be the starting kicker, I probably would've accepted that challenge. I'm kind of an accept-that-challenge type of guy, so I probably would've taken my shot and went for it," said Dalmas.

Looking back on the highly-unusual 2020 season, Dalmas said the family-bond between coaches and players is what helped him succeed.

"As soon as I came in after that 14-day tryout, I just got loved up, my team loved me up and took me in as family. That allowed me to be confident going out for my freshman season for Boise State football, so I give my thanks to my teammates and coaches."