"I just need an opportunity to show what I can do," Henderson said. 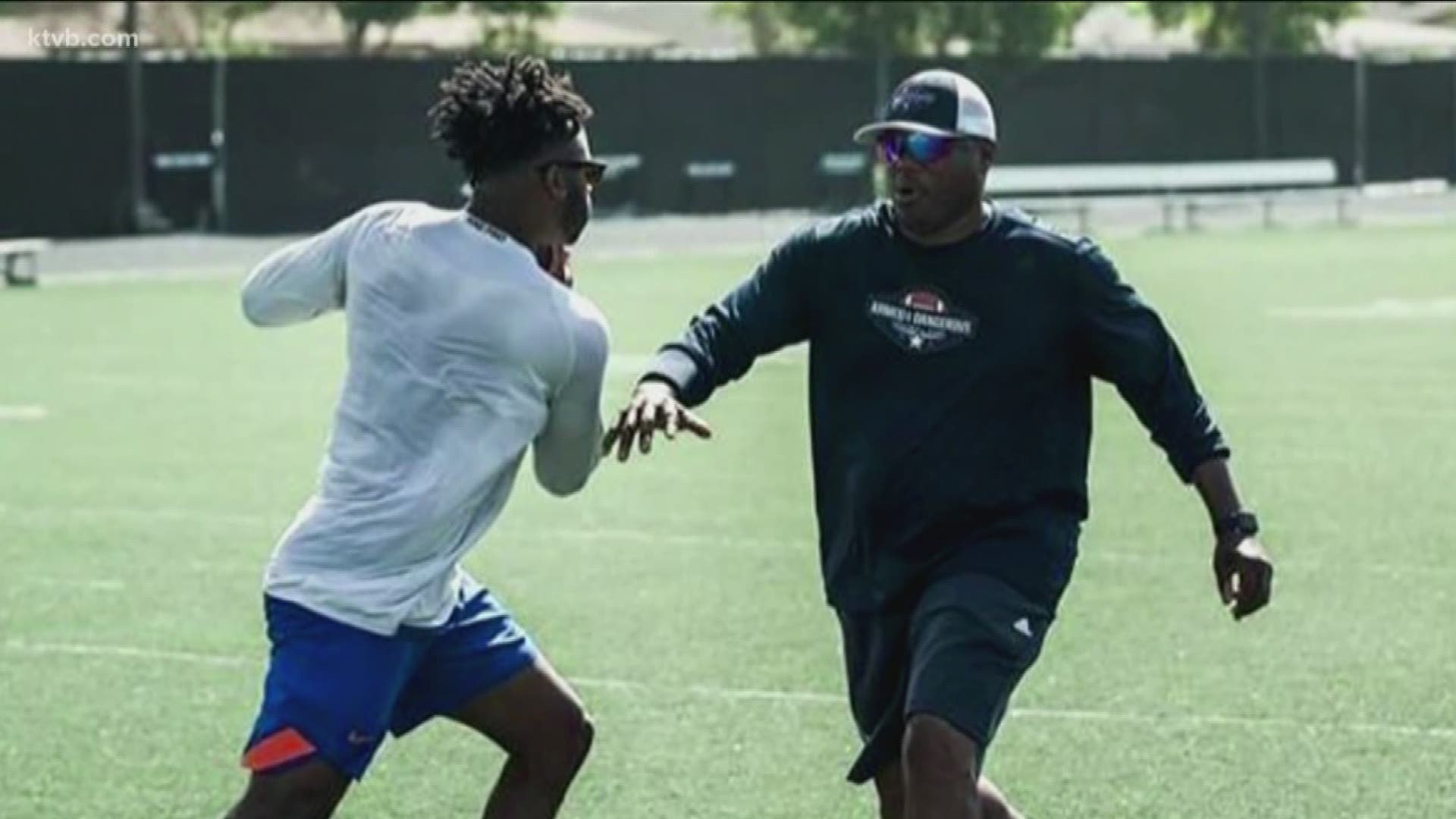 BOISE, Idaho — The NFL canceled all in-person workouts and interviews with NFL draft-eligible players last month. This also included the elimination of pro days previously scheduled for the month of April, which included Boise State’s.

This has led to many, many draft-eligible prospects having to get creative in completing an “unofficial” pro day for NFL coaches, scouts, and executives. That list of players includes several former Broncos, including former QB Jaylon Henderson.

“That’s one thing that we learned here at Boise State, is you have to adjust and be able to respond to adversity,” Henderson said.

With the help of local trainers and coaches, Henderson was able to do all the normal testing a usual Pro Day entails (40 yard dash, 3 cone, shuttle, weighing in, etc.) Henderson posted a 4.65 40 yard dash time, while also posting a 37-inch vertical jump. Beyond just the weight and speed testing, Henderson also was able to display his throwing talents with a throwing workout as well. He threw an expanded route-tree, with short to intermediate to long throws with fellow former Bronco tight end Garrett Collingham during the workout.

“I think it went really good," Henderson said. "As I was doing the drills, I would check my phone and just check like where I marked up with guys at the NFL Combine. Just to see my numbers and how they stacked up with the guys that were invited to the NFL combine and say, okay, I’m right there with those guys.“

Henderson was quick to add another thing that separates him from the rest of the draft-eligible quarterbacks is his football IQ.

“I think one thing that separates myself, also, is the IQ that I have from being here at Boise State," he said. "I just feel like my IQ will set me apart, also my numbers that I put up will definitely help."

The redshirt senior started four games last fall for the Broncos, throwing for 1,080 yards and 12 touchdowns against just two interceptions. He threw for 212 yards and 2 touchdowns, while also rushing for 51 yards and a score to help lead Boise State to the 2019 Mountain West Championship Game title.

Since the Las Vegas Bowl in late December, Henderson has been busy working out and training, including workouts last month in California with projected 1st round draft pick, and former Utah State QB Jordan Love.

“It was awesome, Jordan’s a really cool guy. He brought me in almost like we were really, really good friends," Henderson said. "We went out and competed every day, and whenever we weren’t on the field, we were in the classroom together, getting each other better. “

The former Mountain West rivals were quick to form a bond together off the field as well.

Henderson has had some conversations with NFL and CFL teams leading up to next week’s NFL Draft.

“I talked to about three NFL teams and I talked to two CFL teams," he said. "I’m a realistic person, I’m not too sure I will get drafted, given that I’ve only played four games in my entire career, but I’m just hoping for an opportunity because that’s all I’ve wanted my whole life.”

Whether it be in the NFL or CFL, Henderson is confident that all he needs is one shot to showcase his skill and potential for a franchise.

“The thing about me is, I just need an opportunity to show what I can do,” he said.

RELATED: How Boise State's tight end group is shaping up for next season