Following their first team meeting of the Avalos Era on Monday, star WR Khalil Shakir tweeted: "I can't explain how juiced up I am about this team and staff." 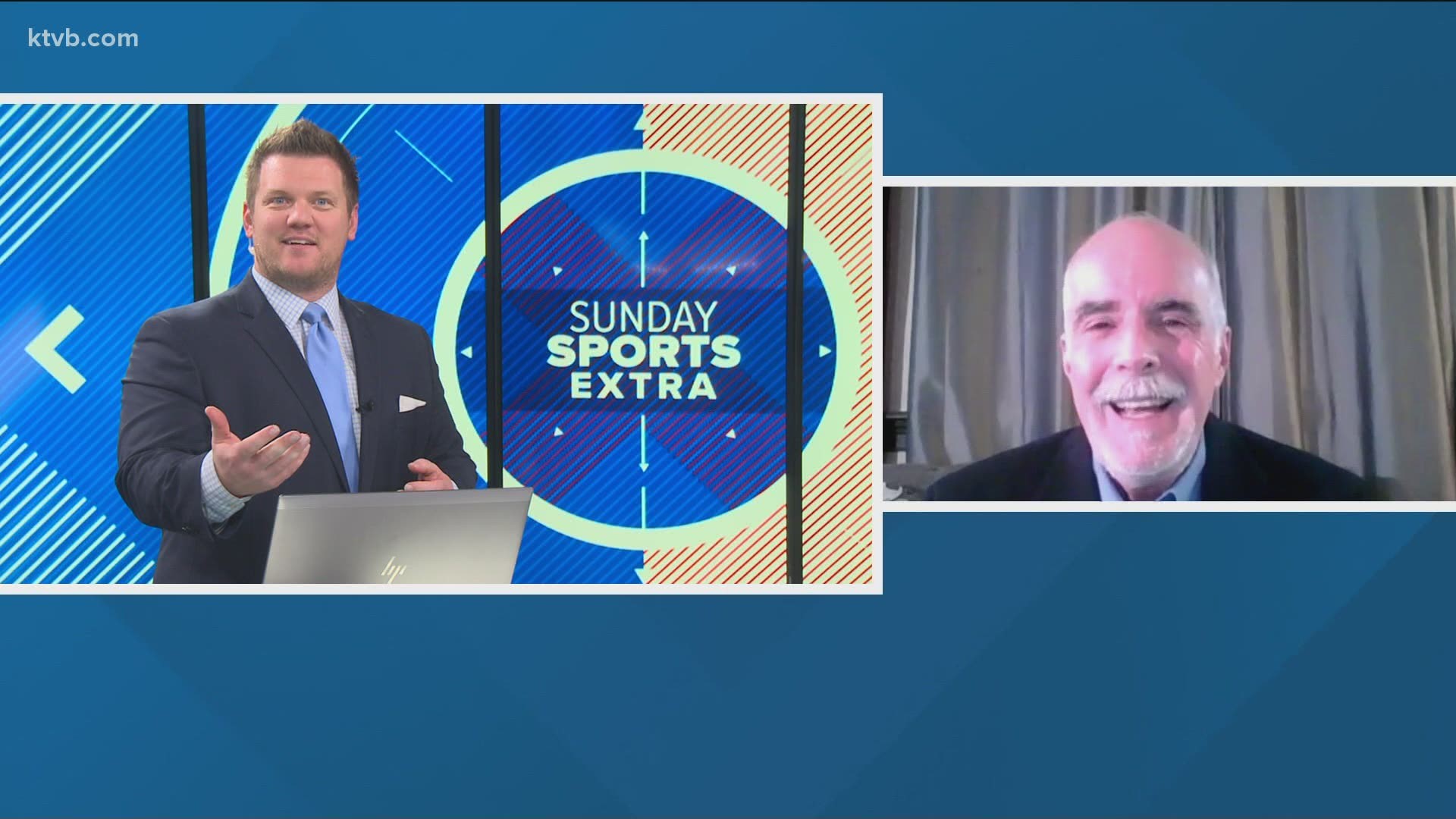 In fact, all that remains is just revealing the final five names publicly, something Avalos joked he's not in a hurry to do.

"Hey, we've got to give you guys something to do," said Avalos with a laugh, "so we're just stacking them right on out."

"It's fun to be able to announce [each coaching hire] and welcome each day as we move forward," he continued. "And so, the staff is coming together really well and it's pretty much done. We're very grateful for the men that are going to come into this community and this university and obviously impact these [players]. We're excited about that."

As a first-time head coach, this also marks the first time that Avalos has been on this end of the hiring process. Avalos acknowledged it's been fun to assemble his staff, but added he's had to make difficult decisions along the way.

"Everything's in the best interest of the program, and that's the tough part about it. Especially when it comes to the staff part," Avalos explained. "There's a lot of very well qualified men and women that have been a part of this before. There's only so many roles and positions we have, and, you know, for me that's been the hardest part. [If we could] find a role for everybody we would. But obviously, that's not a reality. So that has been one of the hardest things."

Former Broncos head coach Bryan Harsin only took two members from his at Boise State with him to Auburn. Avalos has already re-hired three members off of the previous staff, but according to sources, multiple coaches will not be retained by either head coach. That includes both secondary coaches, Gabe Franklin and Jalil Brown.

Avalos has an assistant salary pool of $2.1 million written into his contract. That figure will increase $50,000 annually for the duration of his five-year contract.

During their respective introductory press conferences last week, both Plough and Maile made statements that energized the fan base and portrayed the confidence and character they're bringing to Boise State. Plough said he's long told his players to not even look at the scoreboard until they have scored "half a hundred" points. Maile then proceeded to call the Broncos "the Alabama of the Mountain West."

"It's all about energy. It's all about engagement," Avalos said. "Obviously we're focused on the work we have to do to accomplish what we need to, and number one, [that] starts with building these relationships these players. They're going to feel the vibe right away from these new coaches, and even the ones, obviously, that will continue to stay on our staff as we move forward. The vibe is going to be different."

Following their first team meeting of the Avalos Era on Monday, star wide receiver Khalil Shakir tweeted: "I can't explain how juiced up I am about this team and staff." Shakir is a well-known leader in the Boise State locker room. He was voted a team captain by his teammates as a junior last season.

Cornerback Tyric LeBeauf offered some reaction too, tweeting an image with the caption, "I guess I got my swagger back." LeBeauf, a back cornerback, appeared in five games last fall. He recorded his first career interception against Colorado State on Oct. 24.

"Everything is about the 'why,'" explained Avalos. "The 'why' creates how we operate and what we do, and these coaches, you can start to see their 'why' and how they are. That's going to be the energy that will obviously feed our program and our players."

"As we move, our players will move," he added. "We intend to move in a certain way with a certain confidence, although being very humble and being hungry. We're going to attack and approach every single day like that."

Missed these guys! First team meeting knocked out👊🏽. Can’t wait to get to work in the morning with these men! #BleedBlue pic.twitter.com/4OZpTFJpdA