The Broncos earned a conference-best eight selections in the preseason media poll. 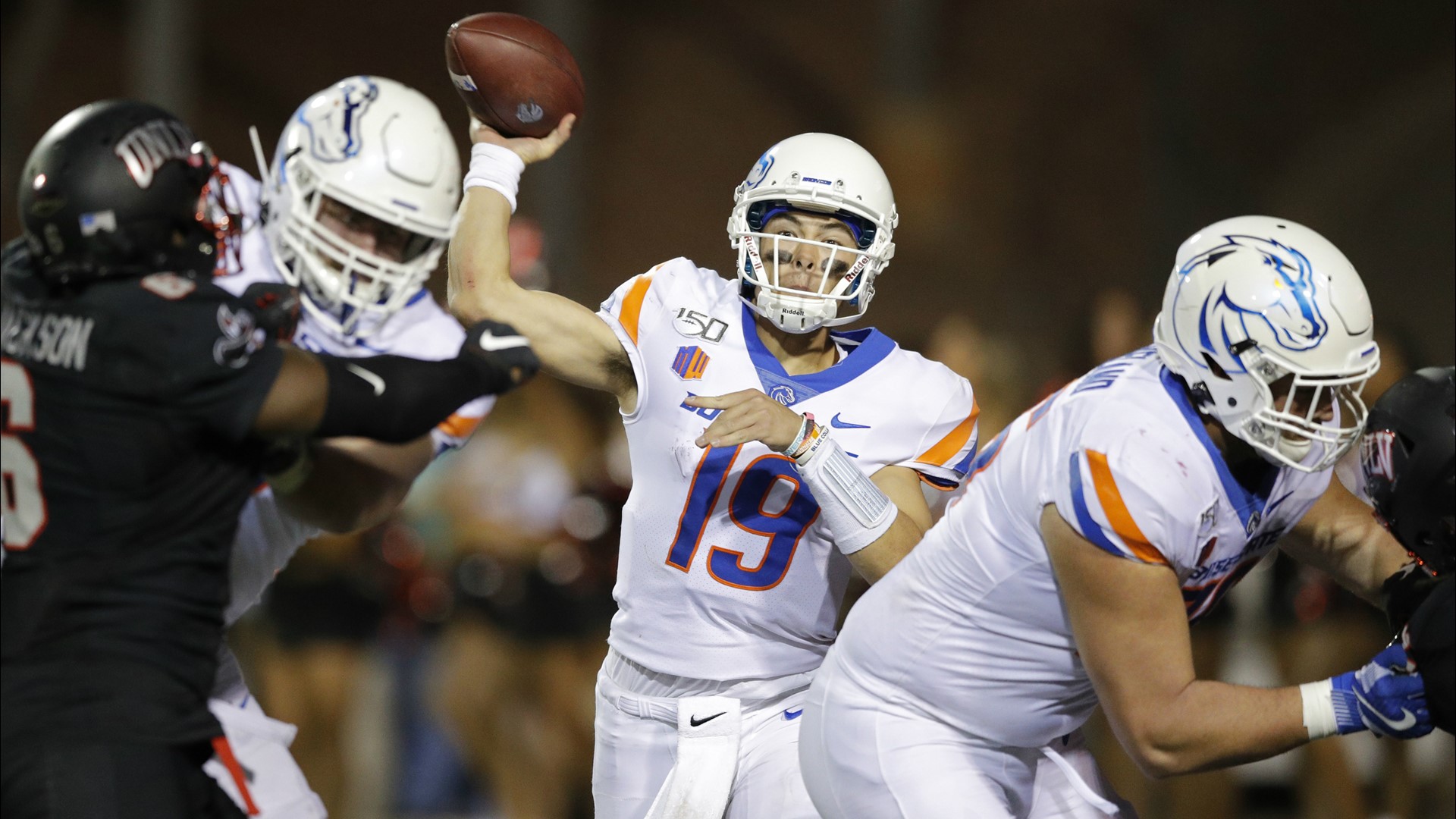 BOISE, Idaho — The Mountain West released its preseason all-conference team on Wednesday, and the Broncos were better represented than any other team in the league.

On offense, Hank Bachmeier was voted the top quarterback in the league by the media. The sophomore signal-caller averaged just over 234 yards passing per game last fall and was 7-and-1 as a starter.

Wide receiver Khalil Shakir was honored as well. As a sophomore last fall, Shakir totaled up 938 yards from scrimmage - the second-most by an underclassman at wide receiver that the Mountain West has seen in the last five years.

It's worth noting, Whimpey was one of three players in the Mountain West voted in unanimously at their respective position.

Meanwhile, Williams was listed twice in the Mountain West's announcement. The reigning conference Special Teams Players of the Year was voted the best punt returner in the league.

RELATED: Curt Apsey: Boise State football games could be limited to 25-30% of normal capacity due to coronavirus concerns