Boise State loses senior wide receiver, confirms to KTVB that he is no longer part of the program

After six seasons as a wide receiver for the Broncos, CT Thomas confirmed to KTVB that he is no longer with the team. 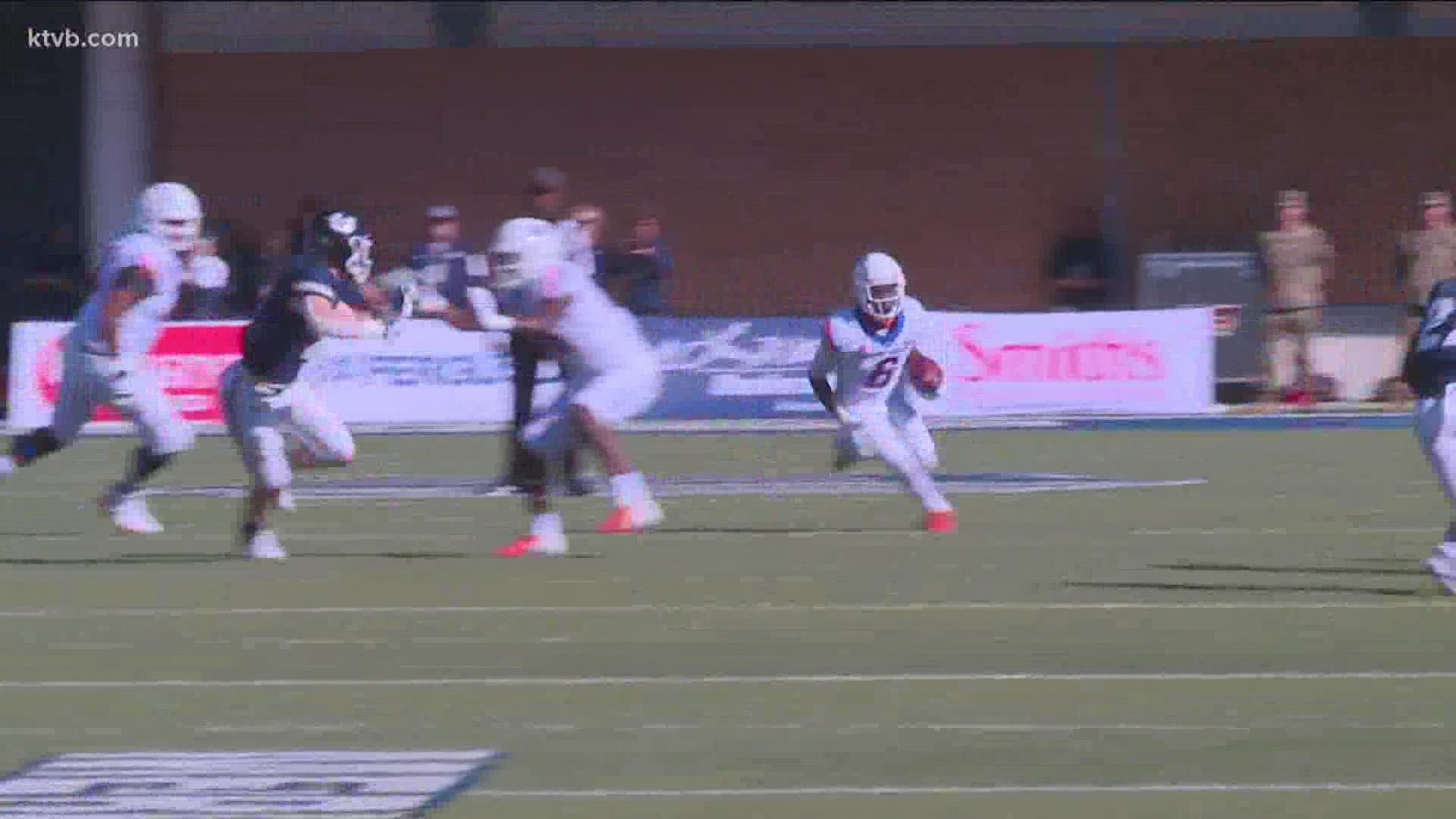 BOISE, Idaho — On Tuesday, CT Thomas told KTVB that he is no longer with the Boise State football program. Thomas was a senior wide receiver that first played for the Broncos in 2017.

"I thank all of the beautiful fans and won't forget the great bonds I have built in my time here," he told KTVB on Tuesday afternoon.

In his six seasons as a wide receiver for the Broncos, Thomas had 127 career receptions for 1,610 receiving yards and ten touchdowns. In the five games he played this season, he had ten receptions for 85 yards. Thomas' best game in 2021 was against the Utah State Aggies when he had three catches for 35 yards and a 24-yard long reception.

Thomas did not play in Boise State's games against Brigham Young and Oklahoma State.

Boise State University officials confirmed to KTVB that Thomas is no longer with the football program.

The exact reasons for Thomas' departure are unclear at this time. This article will be updated when further information and details are available. Check back for updates.

B.J. Rains of The Idaho Press first broke the news on Tuesday and KTVB has since confirmed it.