Despite all that has happened in 2020, BYU (2-0) will remain on the schedule for the ninth straight year. 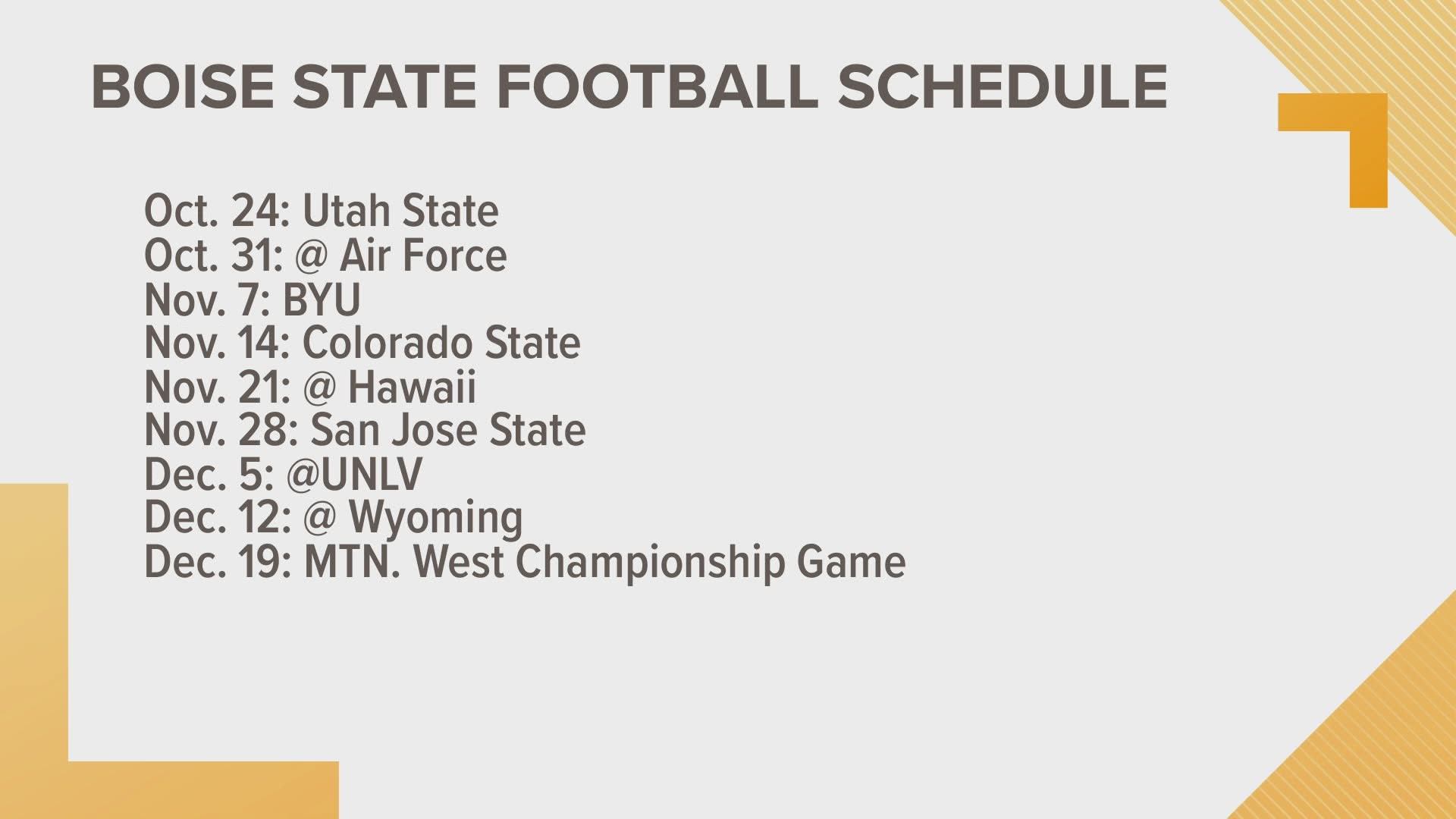 (Talk about a lede seldom heard on Oct. 1)

The slate of games is unique, no doubt. Boise State will only play seven conference games, and for the first time since the Mountain West moved to a division format in 2013, the league won't have divisions this fall.

Boise State will also get one non-conference game. Despite all that has happened in 2020, BYU (2-0) will remain on the schedule for the ninth straight year. The Broncos and Cougars are scheduled to meet in Boise on Nov. 7.

Boise State will end up hosting Utah State, BYU, Colorado State and San Jose State, and they will travel to Air Force, Hawai’i, UNLV and Wyoming.

Boise State is 22-2 in Mountain West regular season play over the last three years. That includes their first-ever undefeated season in league-play just last year. The Broncos when 8-0 before knocking off Hawai’i in the Mountain West Championship Game, 31-10.

Since joining the Mountain West in 2011, the Broncos have a league-best 59 wins in conference play. The next closest teams to that total are San Diego State (51) and Air Force (38).

When the Broncos host Utah State on Oct. 24, it will be the first time Boise State has opened up on The Blue since 2017 and just the second time in 2014.

While the order of games is set, there is potential kickoff dates could slightly shift when the Mountain West eventually announces the television schedule, leaving the possible of Thursday and Friday matchups throughout the league.