While inexperienced with running backs, the Fiesta Bowl champ plans to instill and aggressive mindset and willingness to do what it takes in the running backs. 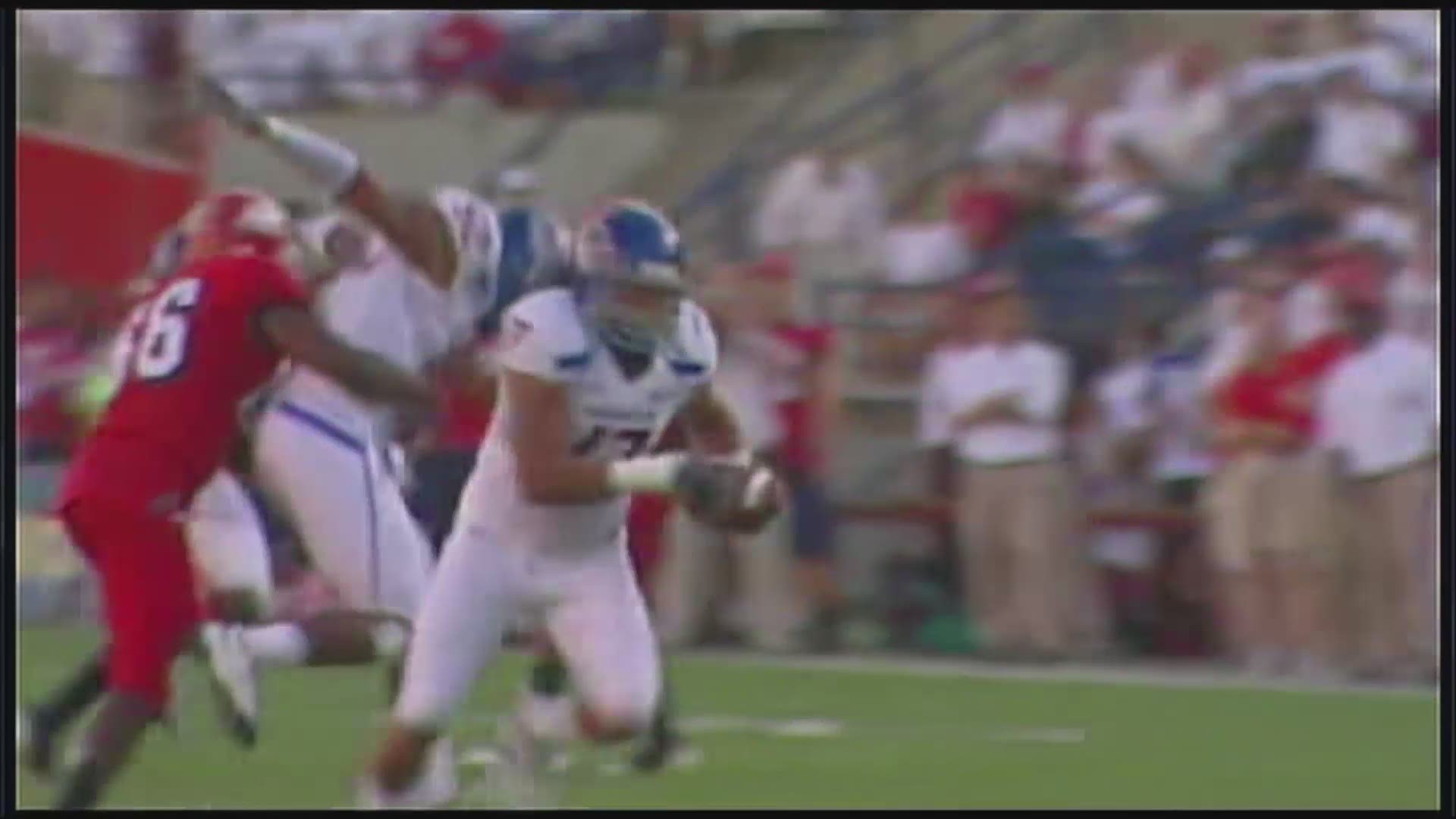 BOISE, Idaho — Just over a week ago, Boise State announced that they promoted Winston Venable to running backs coach. KTVB was able to catch up with the Fiesta Bowl champion and Canadian Football League All-Star to discuss how his experience as a linebacker will help him coach the Broncos' running backs and what this opportunity means to him.

The former Boise State linebacker played for the Broncos from 2009 to 2010 before he went on to play for the Chicago Bears in the NFL. He later went onto play in the CFL, where he earned All-Star honors in 2015. For the last three seasons, Venable has been on the Broncos' staff in various positions, but his promotion to running backs coach will be his first coaching position.

Venable said the opportunity that head coach Bryan Harsin gave him will help launch his coaching career and will help "[take] care of my family and what not and my future family, really, and staying involved in the program in a more impactful way... It means everything, I don't wanna go anywhere, I'm where I wanna be and where I wanna live and I'm thankful and grateful that coach Harsin gave me this opportunity."

RELATED: 'It's awesome': After years away from the Blue, Matt Miller is excited to be back at Boise State

He plans on lending his experience as a linebacker to Boise State's loaded stable of running backs, which includes Mountain West Freshman of the Year George Holani.

"I understand some things that really affected me as a linebacker and some things, where it's like, 'Hey when a running back does this, I know I have them,'" he explained. "So right away, I can teach these guys some things where coming from the other side of the ball will help them out."

For a player like Holani, who broke 1,000 yards rushing last season, Venable is already trying to think of ways of making him better.

"Watch out, because that'll be scary, right?" he said. "I mean George Holani has built the foundation and his base and it's gonna be my job to make that dude even that much better and I'm excited for that...He's just gifted, where he has the right mentality coming in the weight room already and getting in with a guy like Coach Pitt and Coach Pringle, so he'll only gonna excel."

While Venable never played the running back position, he knows that his backs will have to hone in their mentality and physicality and that'll be the first thing he looks for in a running back.

"What they're gonna need to be is a real physical and tough player, for sure," he said.

As for the mentality that players will have to develop, Venable said some of the words that he would use to describe it wouldn't be appropriate for print or on-air but said, "it's a high effort and just willing to do whatever it takes to get the job done in an aggressive manner."

For Venable, the transition to the Broncos' new running backs coach won't be too much of an issue because he says his experience as the strength and development coach will help him coach in a new way.

"For me, the challenge will be to learn the offense and understand it in a way that then I can teach it," he said, "that's what I'm doing right now, just really diving in and absorbing as much as I can so then come spring, I can teach these guys what they need to know."