Henderson, a senior who has seen limited action since transferring to Boise State last season, made the most of his opportunity. 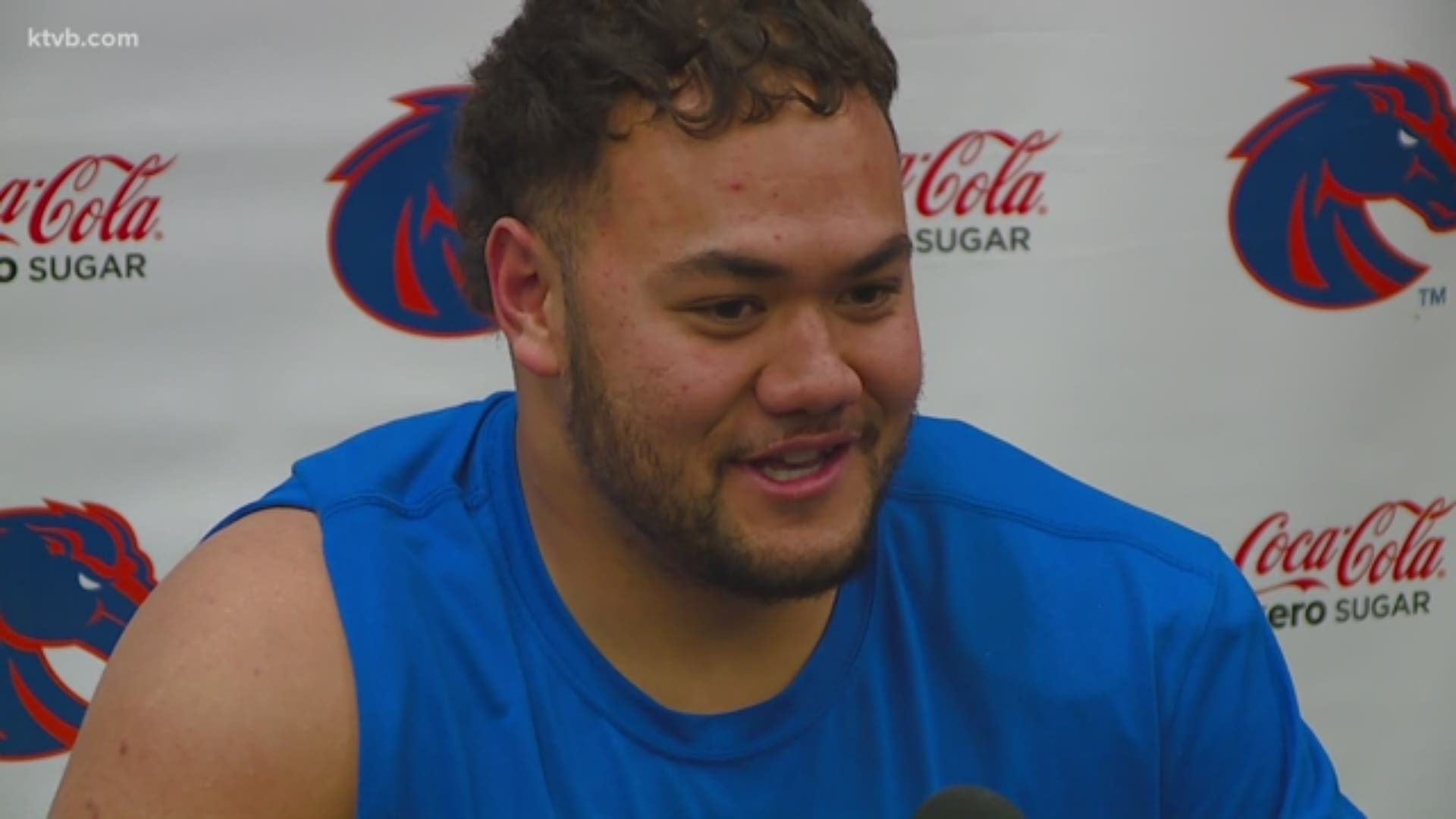 BOISE, Idaho — Jaylon Henderson threw for 292 yards and three touchdowns, Sonatane Lui had two fumble recoveries, including one for a touchdown, and No. 21 Boise State defeated New Mexico 42-9 on Saturday night.

Boise State (9-1, 5-0, No. 21 CFP), which maintained its one-game lead atop the Mountain Division, raced out to a 28-0 lead in the first quarter and was never seriously challenged. It was the first time the Broncos scored that many points in the first quarter since registering 28 against Idaho on Nov. 12, 2010.

New Mexico (2-8, 0-6) was playing for the first time since defensive lineman Nahje Flowers died on Nov. 5. The Lobos’ game with Air Force was postponed last weekend to allow the team time to grieve Flowers’ death.

On the first play from scrimmage, Lui collected a fumble and returned it 24 yards for a Boise State touchdown. (Hear from him in the video at the top.)

“For us, it was a great tone-setter,” Lui said. “We had practiced all week on having that exact same formation where someone takes out the quarterback right away ... so, it was great to not only have a stop but get a score off of it. And then having one of the fat guys score really picked up the energy for everybody.”

For New Mexico, it also set a tone, one the Lobos never recovered from.

“All the work that goes into it and the emotional spirit you have and you go and put that ball on the ground on the first play of the game and they score, you can’t — with all the things this football team has been through — you can’t have that kind of start,” New Mexico coach Bob Davie said. “It was a tough night, tough night.”

Henderson, a senior who has seen limited action since transferring to Boise State last season, made the most of his opportunity, starting in place of the injured second-string QB Chase Cord. Henderson’s first three possessions, including an eight-play, 97-yard drive, ended in touchdowns.

The Lobos, who had been competitive in all their league games, avoided getting shut out for the first time this season when Andrew Shelley kicked a 40-yard field goal late in the third quarter. New Mexico added a touchdown late in the fourth quarter.

New Mexico: While the Lobos have relied heavily on their rushing attack, quarterback Tekava Tuioti has elevated New Mexico’s passing game this season. Coming into Saturday night’s game, he had already thrown for more than 200 yards three times and finished with 175 yards against the Broncos.

Boise State: The Broncos navigated the weaker portion of their conference schedule over the past few weeks without stumbling. However, they need starting quarterback Hank Bachmeier ahead of the team’s final two games on the road against Utah State and Colorado State. He missed one game after suffering a hip pointer against Hawaii and has missed two since injuring his shoulder against San Jose State. His status for next week is unknown.

After not moving up last week, Boise State will likely remain in the same slot, as no teams near it in the rankings lost.