Once the game kicks off, make sure to follow along and not miss any of the action with KTVB's Game Tracker and live blog. 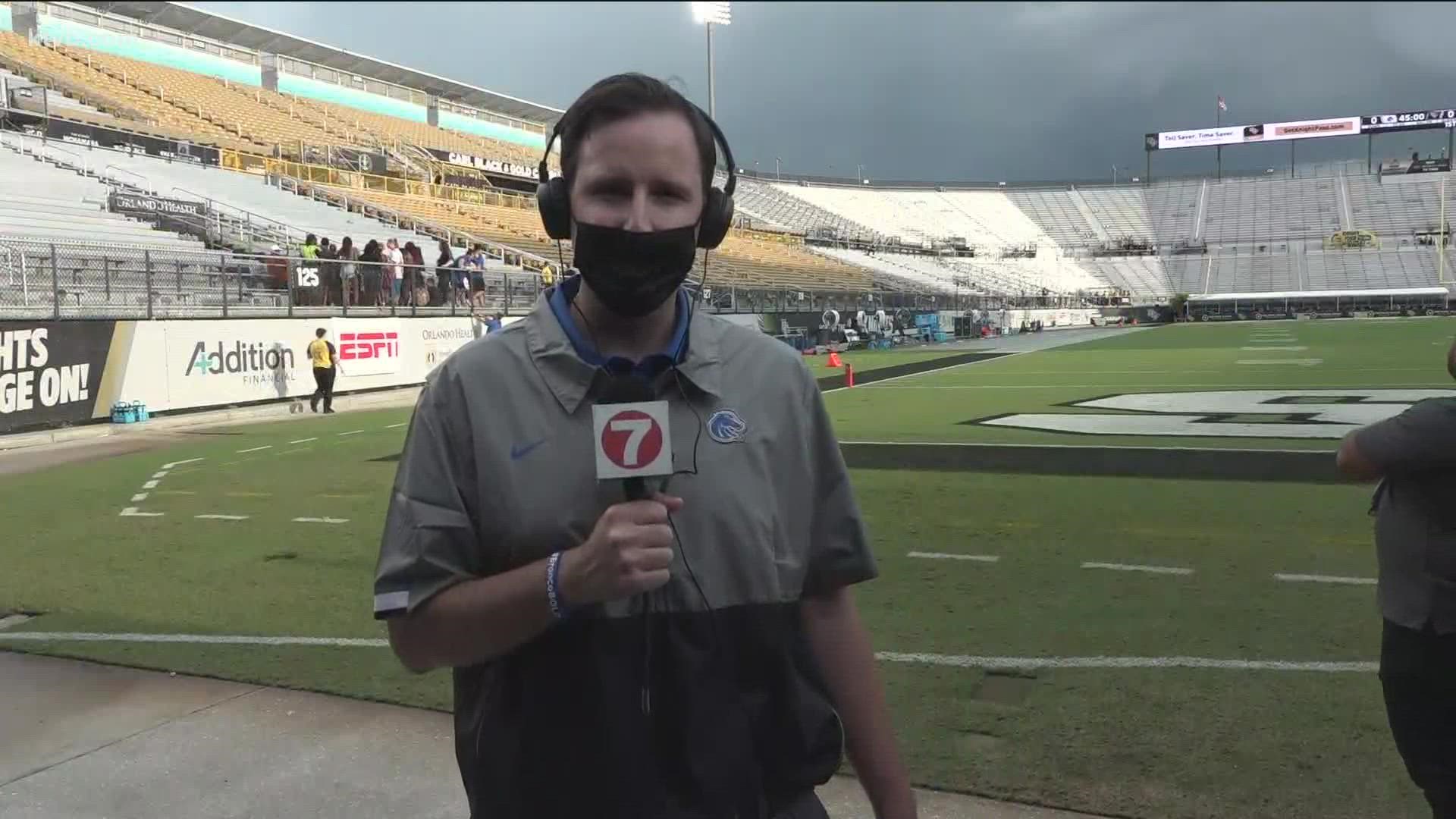 BOISE, Idaho — Before the Boise State Broncos open the 2021 college football season on the road in Orlando, Florida, make sure to watch KTVB's Bronco Roundup Game Day show at 4 p.m. MT Thursday on Idaho's NewsChannel 7 and on KTVB.COM.

KTVB Sports Director Jay Tust and sports reporter Will Hall will break down all of the statistics, matchups and storylines heading into the Broncos' first-ever game against the University of Central Florida Knights.

Boise State may have set the bar high for Group of 5 schools in the late 2000s and early 2010s, but UCF has recently led the pack in the G5's race for a New Year's 6 Bowl bid, earning bids to the Chick-fil-A Peach Bowl in the 2017 season and the Playstation Fiesta Bowl in 2018.

The Bronco Roundup Game Day show will be live from 4 p.m. MT up until kickoff at 5 p.m. MT.

The game will air on ESPN at 5 p.m. MT/7 p.m. ET. Tap or click here to find out more on how to watch the Broncos play the Knights.

Once the game kicks off, make sure to follow along and not miss any of the action with KTVB's Game Tracker and live blog. Jay Tust and Will Hall will live-tweet the game and the post-game press conference, keeping Bronco Nation up to date with everything happening in the Bounce House.

After the game, KTVB.COM and KTVB's YouTube Channel will live-stream the Broncos' post-game press conference, which will feature head coach Andy Avalos and several Boise State players reacting to the outcome of the highly-anticipated matchup between two Group of 5 powers.