Jay Tust and Will Hall dive into the Broncos' matchup against the Miners and will have everything fans need to know going into the game. 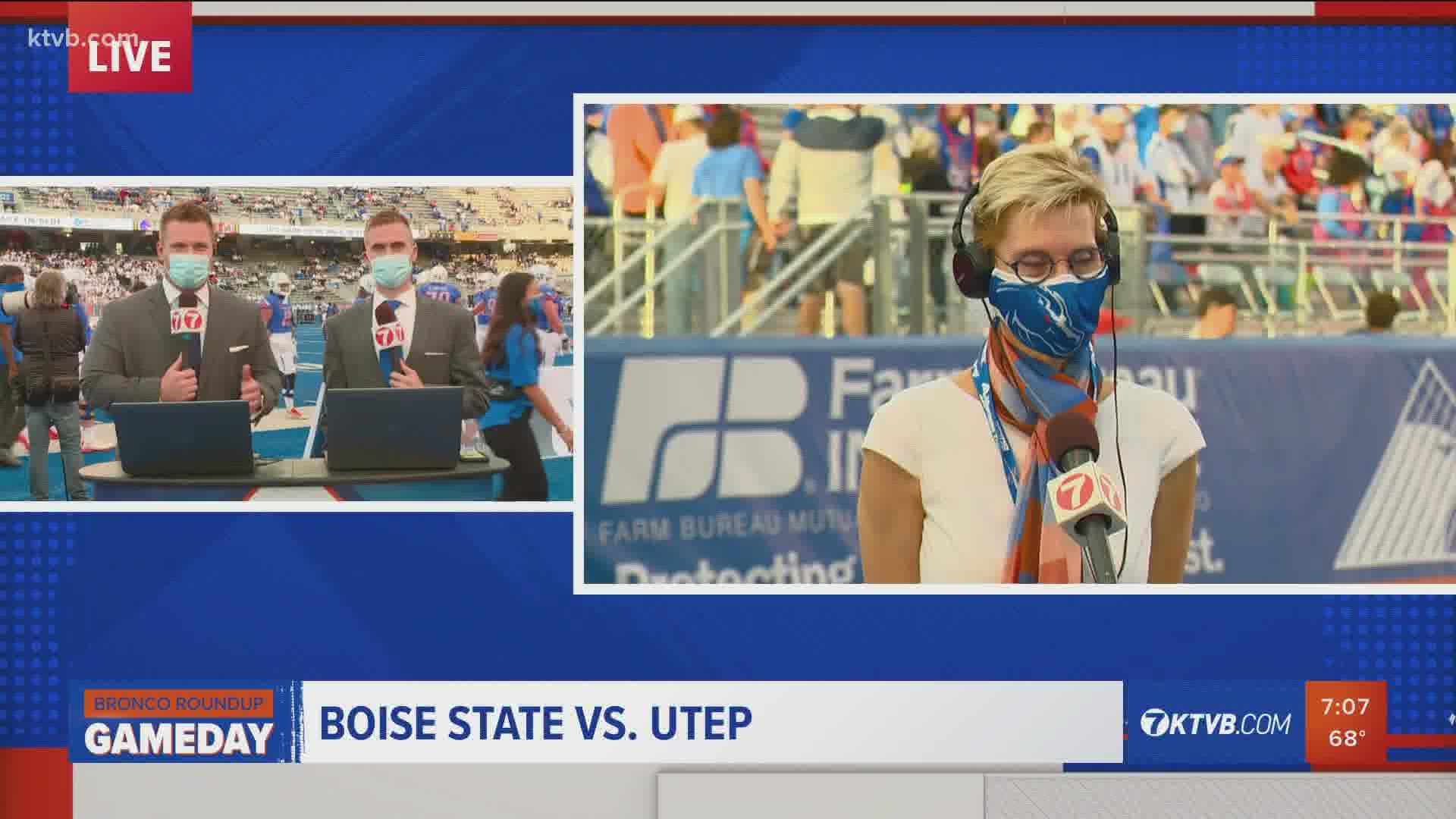 BOISE, Idaho — For the first time since 2004, the Boise State Broncos will take on the Miners from the University of Texas-El Paso at 7:30 p.m. MT on Friday, Sept. 10.

While a little more than a thousand fans were allowed inside Albertsons Stadium last year due to COVID-19, the Broncos' home opener for the 2021 season will be the first time the football team has played in front of a packed home field crowd in nearly two years.

For the Miners, they'll try to get a massive road win in week two against the Broncos and tie their longest winning streak since 2014.

The Broncos will be looking to fix the fundamental mistakes that torpedoed their game against the University of Central Florida Knights in week one. After having a 21-0 lead in the first half, Boise State lost 31-36 to UCF in Orlando.

For more on the matchup between the Broncos and Miners, information about how to watch it and details on shuttles and parking, check out KTVB's Game Day Guide here.

The game will air on Fox Sports 1 at 7:30 p.m. MT. Tap or click here to find out more on how to watch the Broncos play the Miners.

Following the final whistle of the game, KTVB.COM and KTVB's YouTube Channel will live-stream the Broncos' post-game press conference, which will feature head coach Andy Avalos and several Boise State players and/or coaches discussing the outcome of the Broncos' home opener.