Without open practices and scrimmages, this depth chart is Bronco Nations' first and last time to get a look at the roster before Saturday's game against Utah State. 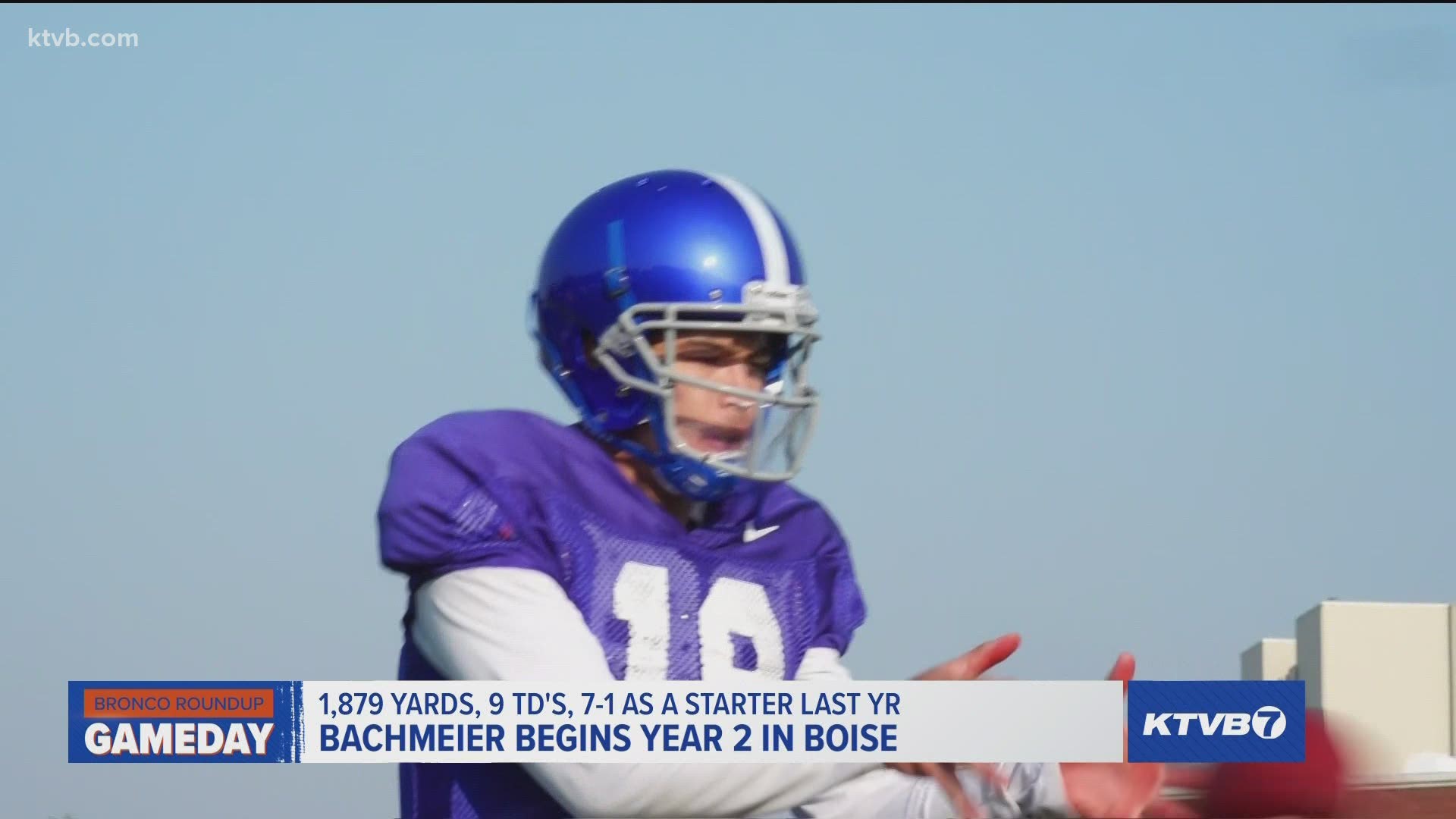 BOISE, Idaho — Game week is officially here and so is the first Boise State depth chart of the 2020 season, which means more this season than years prior.

In a normal year, with access to practices and scrimmages, media members would have been able to project the depth chart weeks prior to the season-opener.

However, with practice sessions closed to the media due to COVID-19 protocols, this is the first glimpse of the starting 11 that the Boise State coaches are considering on offense and defense against Utah State Aggies this Saturday.

On the offensive side of the ball, the Broncos have plenty of experience at the skill position. No one on the roster has appeared in more career games than senior tight end John Bates (41), while senior wide receiver CT Thomas (40) isn’t far behind.

Sophomore quarterback Hank Bachmeier now has eight starts under his belt, and guys like junior wide receiver Khalil Shakir and sophomore running back George Holani will be focal points of the offense.

The biggest unknown for the offense is upfront where the Broncos will have a complete overhaul. Junior OL John Ojukwu has 18 career starts, but now he slides over from right tackle to left tackle. The other four offensive linemen listed at the top of the depth chart at their respective positions have seven total starts for Boise State amongst them.

The Broncos will also have three new starters on defense, but STUD Demitri Washington, DT Scott Matlock and S JL Skinner all have experience, and coaches have raved about each of them at some point in time this fall.

Read some of the key position breakdowns and the full depth chart below.

OPTING IN, NOT OUT

The Boise State football team has not had a single player opt-out due to COVID-19 related reason, according to head coach Bryan Harsin.

Boise State listed Chase Hatada, Matt Locher and Jabari Watson at defensive end on their depth chart all last season. All three of those players are now gone. Hatada and Locher graduated and Watson decided to call it a career.

With that being said, it’s the one position without a single returner from a year ago on the depth chart. In addition to the versatile Demitri Washington, San Diego State transfer Shane Irwin figures to see a lot of playing time this fall.

All we heard this offseason about sophomore Demitri Washington was how hard he has worked to put himself in a position to replace 2020 fifth-round NFL Draft pick Curtis Weaver at the STUD position.

Then, on the initial depth chart, he was listed at defensive end.

Don’t read too far into that though, as Harsin explained.

Junior quarterback Chase Cord is not on the Broncos' first depth chart of the season. Cord appeared in eight games and made two starts a year ago. He completed 59.3% of his passes for 670 yards, nine touchdowns and three interceptions.

“Chase is still working through just healing up,” Harsin said. “That’s kind of who Chase came into last season too, just coming off the ACL.”

Cord continues to recover from shoulder and knee injuries he sustained last fall.

“With his shoulder and all that, it just takes some time. We’re trying to kind of figure out his situation a little bit on just getting him back and health," Harsin added.

In the meantime, Cord is still with the program and helping in the quarterback room. Boise State has posted videos of Cord practice this fall.

OVER BEFORE IT STARTS

Boise State only has two players that will miss the upcoming season due to injuries so far. True freshman defensive end Andy Nwaoko recently had knee surgery and running back Taequan Tyler, a transfer from Tyler Junior College, has a torn ACL.

In addition to those two, true freshman cornerback Donovan Clark is coming off an ACL injury that he suffered in high school. Harsin said that Clark is still recovering but would not rule out a return at some point this season.

“He’s making progress. Obviously with an ACL, you have to bring them back the right way.”

WHO IS THE NEW GUY?

There is only one true freshman listed on the two-deep at the moment. Rodney Robinson has drawn praise this fall, with one coach even referring to him “as a nice surprise.” He will backup senior Kekaula Kaniho, who has appeared in all 41 games over the last three years.

Robinson was a three-year starter at Cajon High School in San Bernardino, Calif. He had 80 tackles, a sack and four interceptions as a senior last fall.