The Broncos claimed a total of 19 all-conference honors. 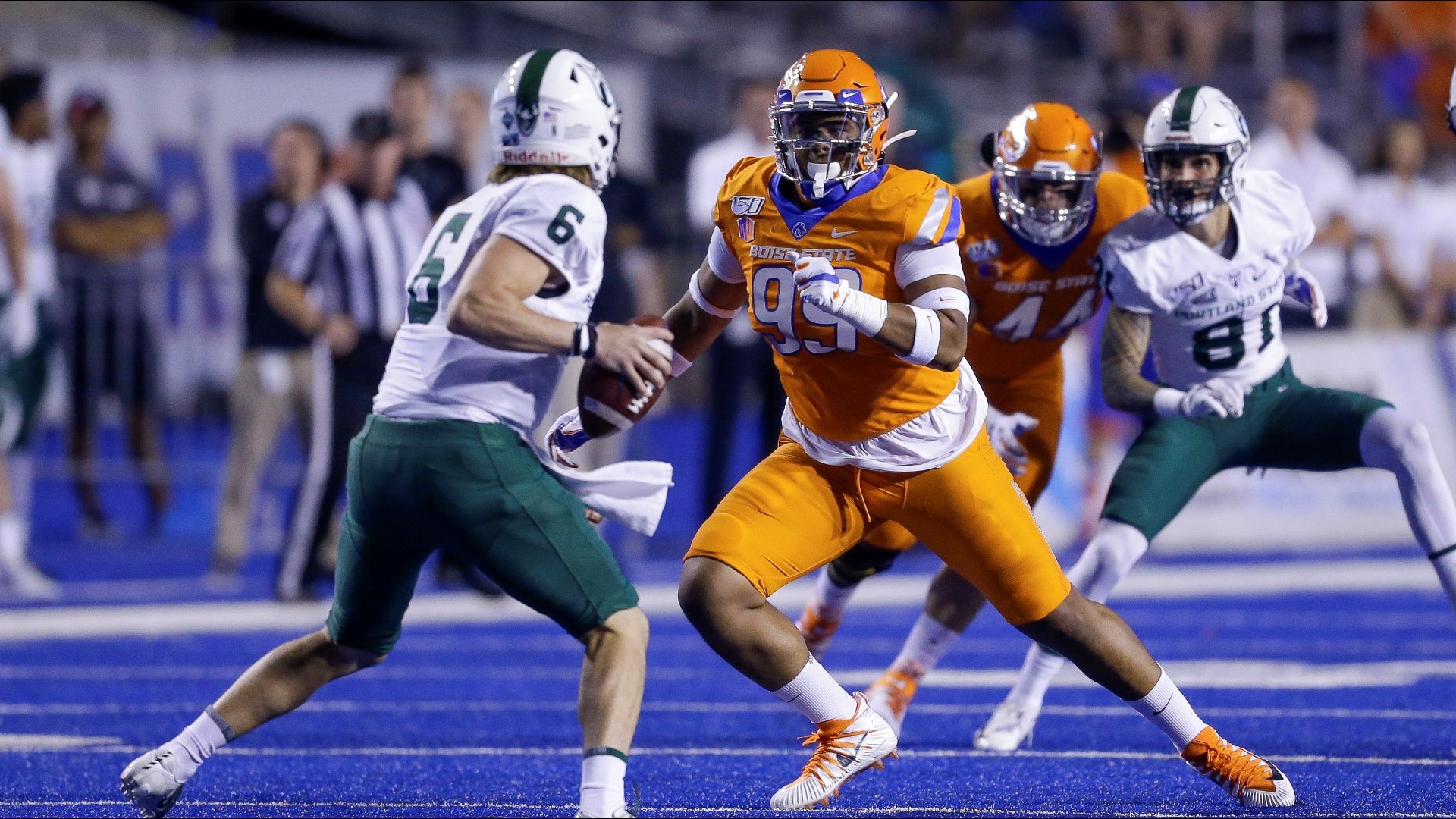 Weaver leads the Mountain West and ranks third in the FBS with 13.5 sacks this season. He becomes just the second Bronco be named the top defender in the Mountain West. Linebacker Leighton Vander Esch also earned the honor following a 141-tackle performance in 2017. Weeks after the announcement, Vander Esch announced he would forgo his senior season. He was then drafted 19th overall by the Dallas Cowboys the following spring.

Holani is the second Bronco to be named the Mountain West Freshman of the Year, joining quarterback Brett Rypien who earned the designation in 2015. Holani ranks second in the FBS amongst true freshman running backs with 912 rushing yards this season.

Williams, on the other, is the first player in program history to earn a postseason special teams player for the year award regardless of conference affiliation. Williams in the only FBS player with multiple punt return touchdowns this season. He is also tied for first in the country with two blocked kicks this season.

In all, Boise State had a Mountain West-best 17 players received all-conference recognition today. Weaver, Williams and junior nickel Kekaula Kaniho were each named to the First-Team on defense, while senior John Molchon and junior Ezra Cleveland took home similar honors on offense. The Broncos have now had at least one offensive lineman earn First-Team All-Mountain West honors in each of the nine years that they have been in the league.