Boise State will host Hawai'i, who clinched the West Division crown with a 14-11 victory over San Diego State on Saturday. 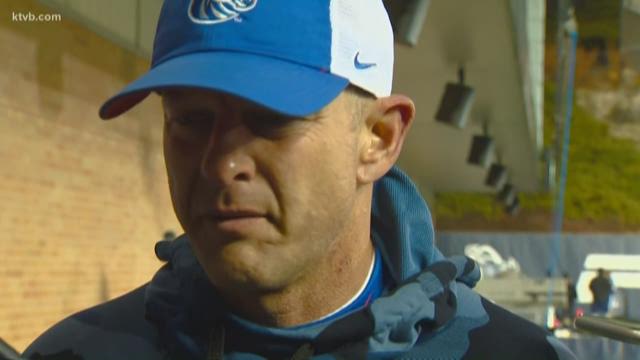 The road to the Mountain West Championship will go through Boise, Idaho, for the third straight year.

Following a 56-21 blowout victory over Utah State on Saturday, the Broncos clinched the Mountain Division title for the third consecutive season. Boise State also secured the best record in the conference in either division, meaning they will get to host the Mountain West Championship on Dec. 7.

Boise State will host Hawai'i, who clinched the West Division crown with a 14-11 victory over San Diego State on Saturday.

The Rainbow Warriors already traveled to Boise back in October. The Broncos racked up a season-high in points, rolling to a 59-37 victory.

Tickets are officially on sale. The pricing structure will mimic last year's model and range between $25 and $45.

Students will get in free and can reserve their tickets starting Monday, Nov. 25, at 8:00 a.m.

The Broncos are 2-1 all-time when hosting the Mountain West Championship. They beat Fresno State in 2014 and 2017 but lost to the Bulldogs on The Blue in 2018.