San Jose State's path to winning the Mountain West Conference Championship is a program-defying win for the Spartans. 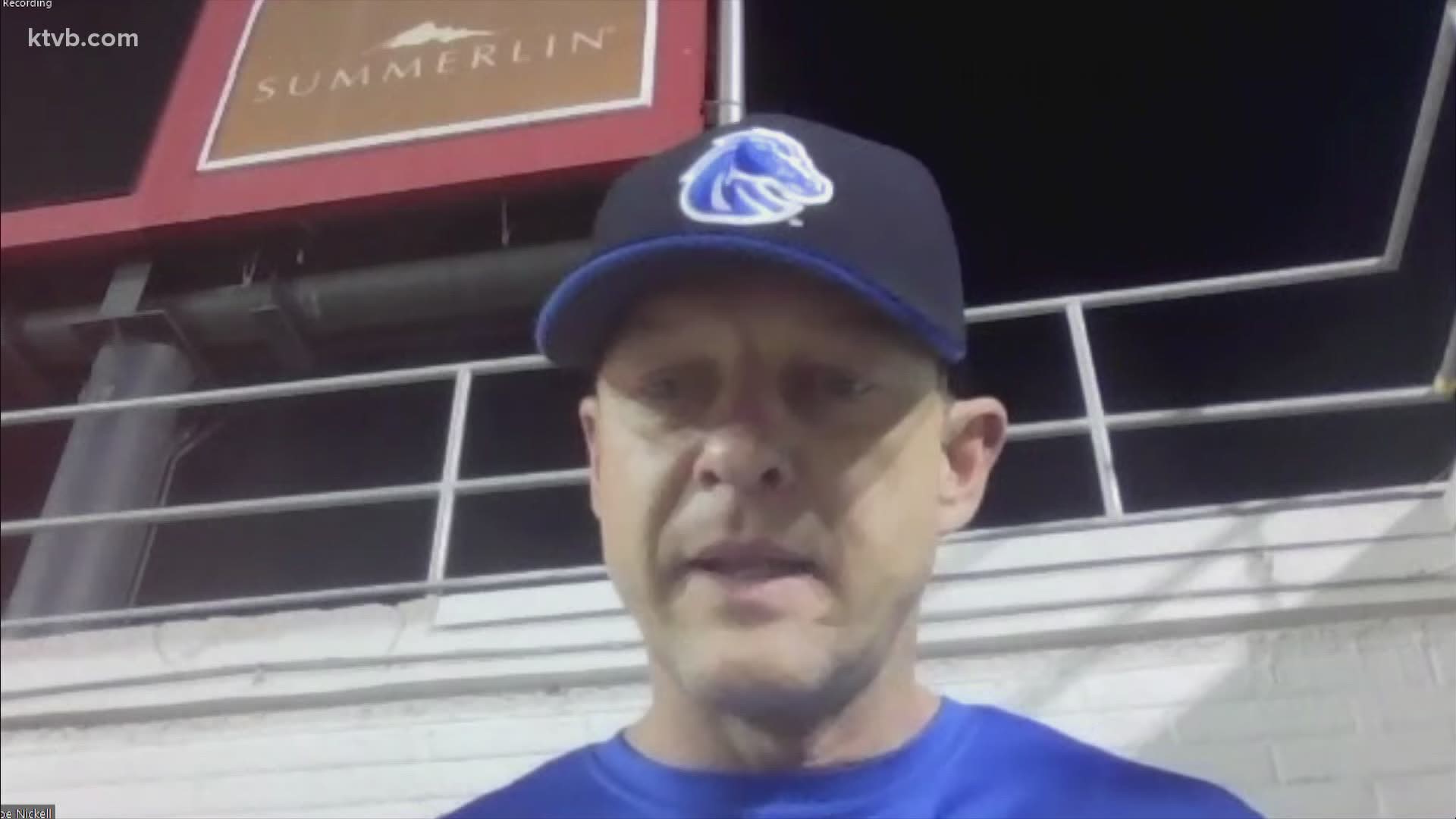 BOISE, Idaho — During the Broncos' flight to Las Vegas for the Mountain West Conference Championship, Boise State's offense must have lost its groove at baggage claim because it was nowhere to be found in their 20-34 loss to San Jose State. However, the team's equipment staff will have to wait to search for it until after the Broncos' post-game press conference with coach Bryan Harsin and a couple of players, which can be found in this article and on KTVB's YouTube Channel.

The Spartans had six-straight losing seasons before this championship season.

For the Broncos (5-2, 5-1), it's a disappointing loss in their fourth-straight conference title game appearance and fifth championship game during coach Bryan Harsin's tenure.

Scroll down or click here to watch the press conference.

Boise State's defense did do all it could to keep the now 7-0 Spartans from running rampant in the second quarter by holding them to four-straight field goals from within the red zone.

Going into halftime, the Broncos trailed 3-19 and the score would stay until late in the third quarter when reigning Mountain West Special Teams Player of the Year Avery Williams gave Boise State one of a few signs of life in the game with a 69-yard punt return for a touchdown to bring the score to 13-19.

"He provided the spark and the momentum we needed. Somebody needed to make a play, right? Obviously, San Jose State had all the momentum at that point. So you got to be able to change the momentum in the game. And he did exactly that. Once that happens, we all have to capitalize on that momentum, you want to swing in your favor, now we're down by a touchdown, or we're right in that range," Harsin said during the post-game press conference.

Star senior wide receiver Khalil Skair went out of the game during the third quarter, finishing the game with six receptions for 85 yards.

Unfortunately, it only took 3:31 off the game clock for Spartans quarterback Nick Starkel to march 75 yards down the field to score in nine plays to score a passing touchdown and convert the ensuing two-point conversion. With 14:17 left in the fourth, the Spartans led 27-13.

Boise State quarterback Hank Bachmeier must have found a defibrillator and shocked the offense awake by leading a touchdown drive of his own to bring the score to 20-27 with about ten minutes left in the game thanks to a two-yard scamper.

While the defense was once again able to stop the Spartans' offense, the Broncos' offense quickly lost whatever pulse they had and squandered their following possession. San Jose State made no such mistake and grounded 4:30 of the fourth quarter while enough to a seven-play, 42-yard drive that ended with yet another Starkel passing touchdown. With 3:48 left in the game, the Broncos trailed 20-34.

The Spartans' defense snuffed out whatever hopes of a comeback win after sacking Bachmeier for the third time on the following drive and forcing the Broncos to turn the ball over on downs with 3:04 left in the game. San Jose State then chewed a couple more minutes out of the clock before handing the ball back to the Broncos and winning 34-20, claiming their first-ever conference championship game in program history in the process.

Starkel finished the game 32 of 52 for 453 yards and three touchdowns. His 453 through the air is a Mountain West Conference Championship record for passing yards. He was also named the offensive MVP of the game.

"He showed that tonight he's a very good quarterback. Big guy that can see and throw the ball down the field," Harsin said of Starkel.

Bachmeier went 20 for 40 for 221 yards and one rushing touchdown.

"Gotta execute, at the end of the day," Bachmeier said after the game. "I mean, we didn't do that and San Jose State had a great game plan and that's what it came down to."

"But I thought he played hard tonight, I thought the fourth-down play where he dove in the endzone and some of the things he was able to do. That guy's a good football player. He cares. He works hard," Harsin said. "He shows up in games and you know, we just got to do a better job around him. We got to coach him better, all those things. And it's never going to come down to one player. It's always a team effort, win or lose, by everybody."

Williams' punt return for a touchdown against the Spartans ties him for most kick return touchdowns in NCAA history.

After the game, Williams declined to answer questions about his plans on returning to the program next season. Due to the COVID-19 pandemic, the NCAA granted all student-athletes another year of eligibility so seniors like Williams can come back for another season.

He also declined to answer a question about having any apprehensions about playing a bowl game during the pandemic.

The Broncos will now wait to find out what bowl game they're off to and the Spartans are booking a charter flight for the Arizona Bowl. However, it remains to be seen if Boise State will be able to or will want to go a bowl game due to COVID-19. Harsin said that the team hasn't looked that far ahead yet.

"We understand that the protocols and everything that we have to do to play," Harsin said. "We'll go back and we'll figure out what that looks like moving forward how this whole bowl thing kind of works out and we'll figure it out we got tomorrow to do that and go back watch this game learn from it and then see where we are and what that looks like moving forward."