"It's really exciting to see that something like that could possibly be so close," Bates told KTVB. "At the same time, it's very humbling." 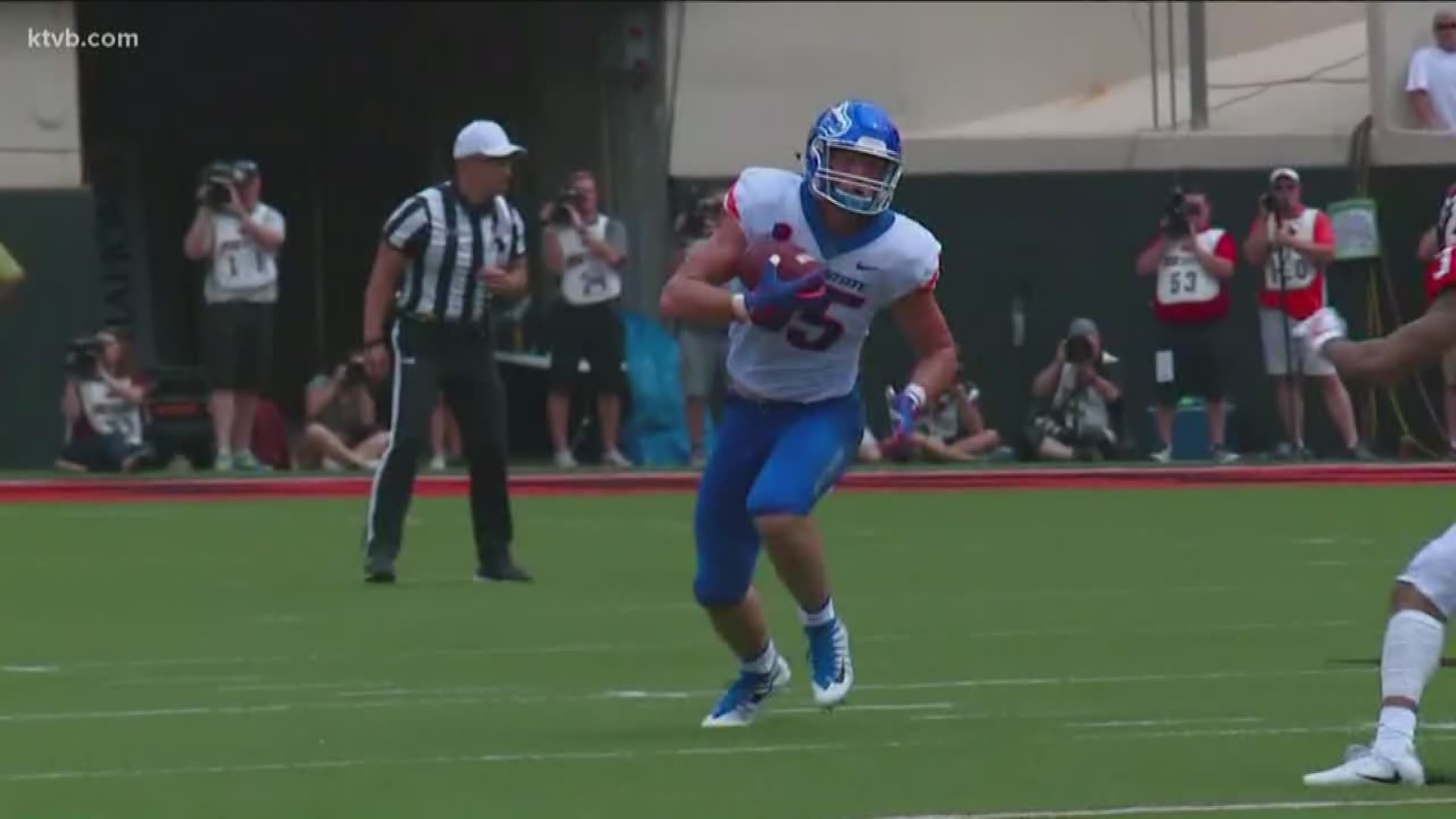 "That always helps," he added with a smirk.

The 2021 NFL Draft is just under a year away now, and as Bates enters his final season of eligibility at the collegiate level, his childhood dream is now within reach.

"It's really exciting to see that something like that could possibly be so close," Bates told KTVB. "At the same time it's very humbling because you can't let distractions or other things get in your way. You have to focus one day at a time, where you're focusing on developing yourself and helping you team out. If you work on those things first and kind of keep your head down and work, the rest will follow," he added.

In order to solidify an opportunity to play at the next level, Bates has dedicated time during the COVID-19 shutdown studying guys that are already there.

One of the main components he's gleaning at is their effectiveness against smaller but quicker defensive players in the passing game.

"(I) look at the fundamentals of how they run their routes because a lot of the time they're going up against safeties and defensive backs," Bates explained. "Being able to learn the smarts of how they run their routes in order to win against those guys, and then just watching how they extend their hands out and snatch the ball and pull it into their body, or how they go up and make contested catches in traffic. Different stuff like that is the stuff I've been trying to watch in detail with those guys."

As a junior last fall, Bates established career-highs in catches (22) and receiving yards (273). A bulk of that production, however, came in the first three games of the season when he combined for 157 yards on 11 catches against the likes of Florida State, Marshall, and Air Force.

In order to be more involved this fall, Bates believes that in addition to being a reliable target, he has to demonstrate the ability to make defenders miss after the catch. When comparing his game to the elite NFL tight ends, Bates sees a big room for improvement.

"That's the one thing that I think is probably the biggest gap right now," Bates said. "Run after catch."

"When they get the ball in their hands they're really good at driving their feet and breaking contact," he continued. "That's one of the things that I want to work on this offseason: run after the catch."

For Bates, his development isn't solely centered around the catch-and-run though. One area that he has really excelled is on the line of scrimmage. Whether it be pass protection or run blocking, it's his efforts upfront that have developed the most.

"When you learn to play tight - especially in this offense - you have to be able to run block," Bates stated. "That's been super important thing for me."

"If you go back and watch out games, he's a dominating blocker on the line of scrimmage," Riddle explained. "He has really good fundamentals and does a great job with his hands."

That doesn't mean there isn't room for improvement.

"Stuff that I've been learned from those guys from a running blocking standpoint is learning how they land blocks," said Bates about the elite tight ends in the NFL. "(I'm) looking for aiming points on where the tight end is aiming to land his block at. Then there's foot drive. Different stuff like that."

If you go back all the way to 1970, Boise State has only had four tight ends total tight ends selected in the NFL Draft, and it's been 13 years since the last one. Back in 2007, Derek Schouman was picked in the seventh round by the Buffalo Bills.

So will Bates be the one to end the drought?

He has just under a year to prove he can.

RELATED: Former Boise State WR John Hightower drafted by the Philadelphia Eagles in the 5th round