For the first time ever, Boise State opened its spring practice to the public who got a taste of what the Broncos will be like in 2020. 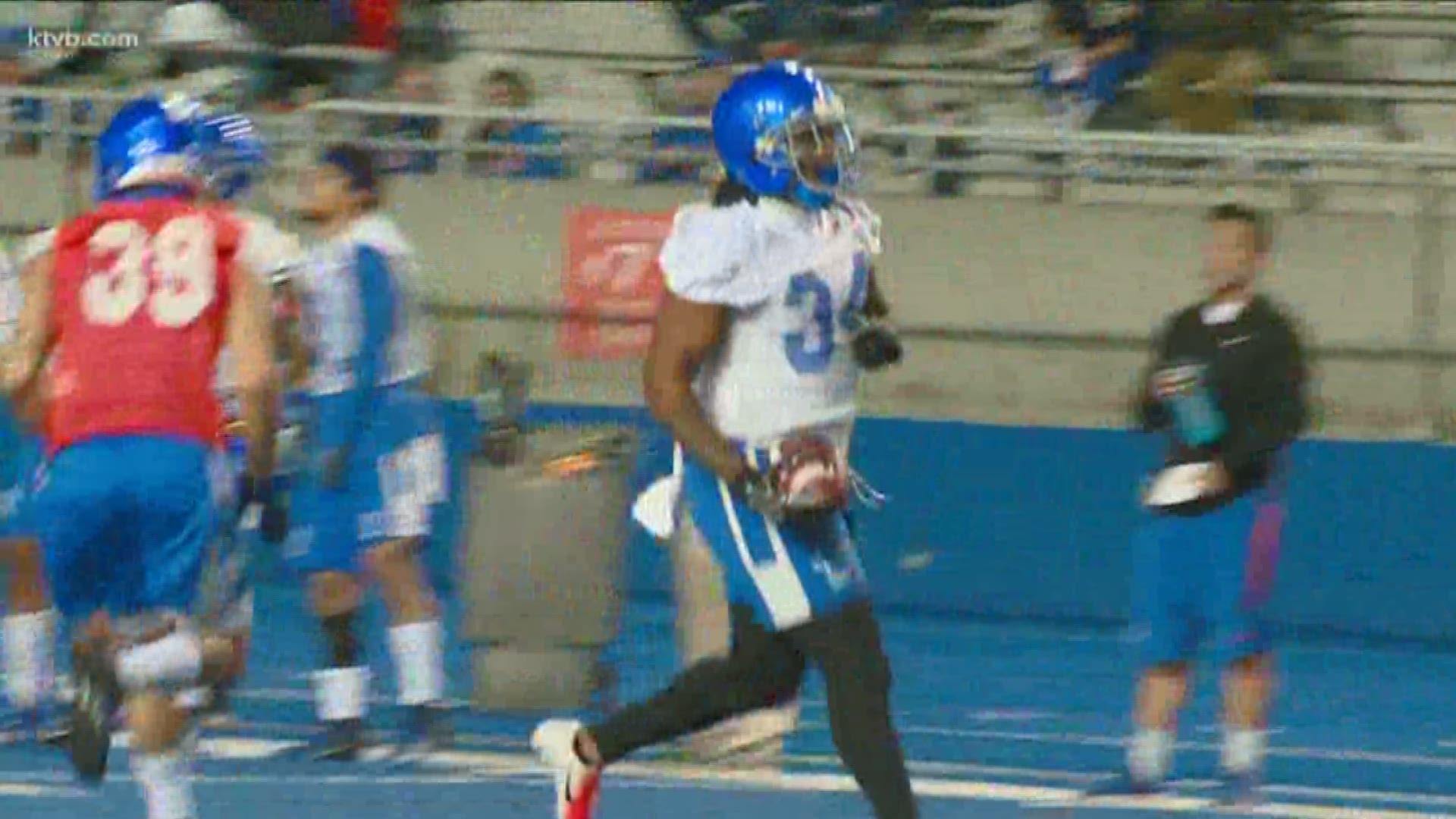 BOISE, Idaho — On Friday night, coach Bryan Harsin decided to kickoff spring ball in unusual fashion with a night practice session that was open to the public on day one spring camp. On the Blue, Bronco Nation was teased with a sample of what the 2020 team will look like.

Under the bright lights of Albertsons Stadium, without a doubt, all eyes were on sophomore quarterback Hank Bachmeier. As he enters his second year under center, he'll have more responsibility and spotlight than ever.

Bachmeier will the lone healthy scholarship quarterback on the field this spring, as Chase Cord looks to continue his recovery from injuries he suffered during the 2019 campaign.

On Thursday, coach Harsin said his young quarterback needs to progress in his decision making.

"I think just the progression for Hank, the one thing that hurt Hank was not playing all throughout the season last year and being out," he said. "So he missed opportunities and reps there, so we gotta make some of that up."

Harsin's assessment of what Bachmeier needs to focus on was something that the young quarterback agreed with.

"Just continue to work hard every day and work with Coach Keys and Coach Hars," he said, "They just do a great job of just pushing the whole unit."

Now that the Broncos' senior class has left, Bachmeier said it does feel different not having some of those leaders in the locker room anymore but now he has a new sense of leadership.

"You know, it does feel different with losing a lot of seniors that when I came in and they brought me in so it is different with that," Bachmeier said. "So just building that comradery as a team."