Monday's press conference was streamed on KTVB.COM and our YouTube Channel. 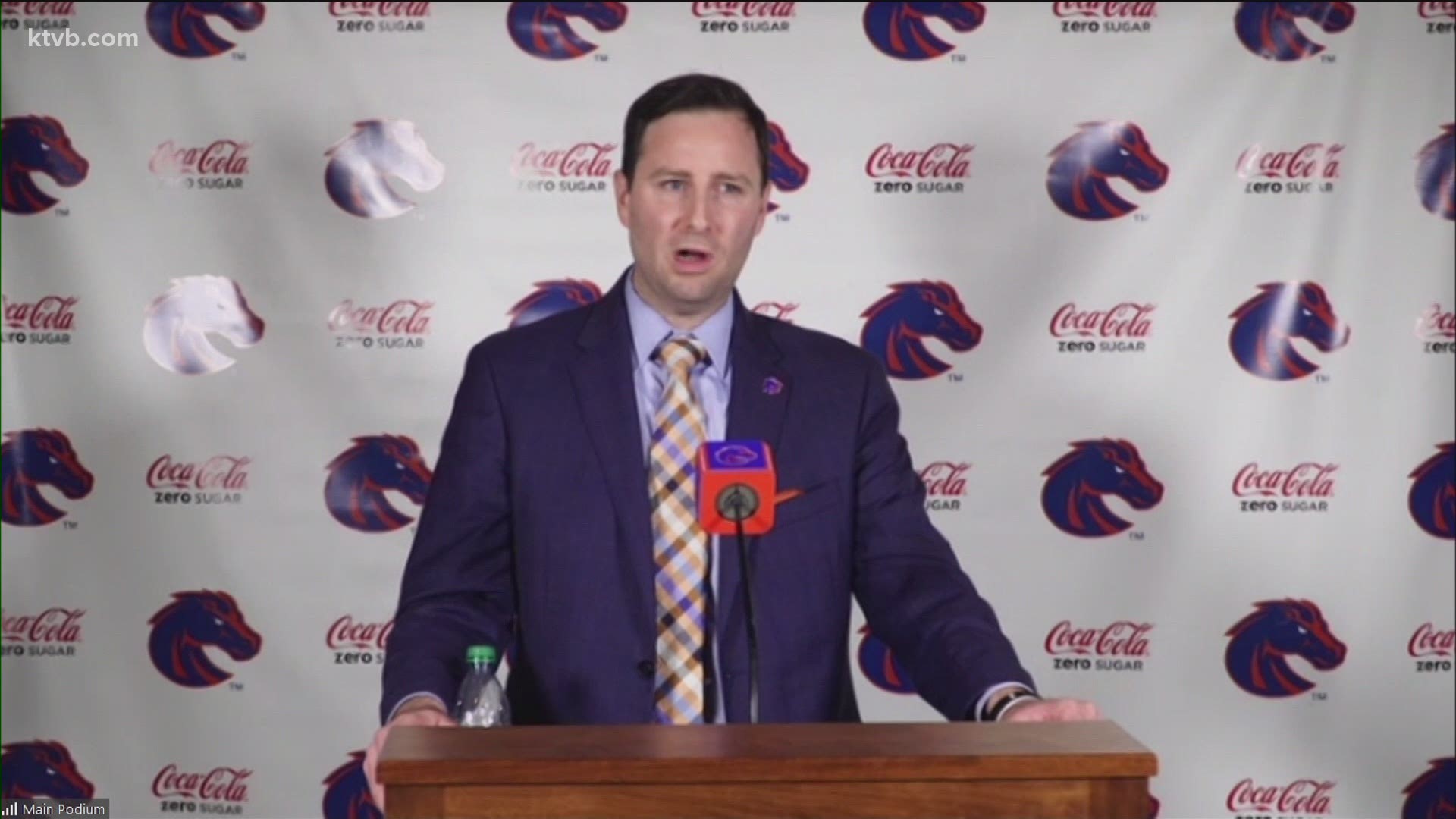 BOISE, Idaho — Boise State University announced Saturday that it has hired Jeramiah Dickey to be the Broncos' new Director of Athletics.

The press conference was broascast live on KTVB.COM and on our YouTube Channel.

Dickey comes to Boise from Baylor University where he has served as Associate Vice President for Intercollegiate Athletics since February 2017.

Tromp said that Dickey rose to the top of the candidate pool.

"In 35 years in higher education, I have never heard references speak so uniformly and universally and unequivocally highly about a singular candidate," Tromp said. "On- and off-list references praised him to the skies. People said they'd never given higher and better marks to anyone that they'd given a reference for before."

Dickey has experience leading one of the top Power 5 athletic departments in the country and cultivating season-ticket holders at a Group of 5 football program.

He's ready to hit the ground running in Boise as soon as he can.

"I want to meet our donors and Bronco Nation. I've heard so many great things about them and I can't wait to get in front of them and outside of Zoom and technology, technology is crazy, as crazy as it I want to meet those that have very much impacted and built upon this foundation that has been built."

Dickey stressed the importance of being a team player and said he looks forward to meeting all of the staff members and getting to know Boise State's student-athletes.

"We will operate at an elite level. The student-athlete experience will matter," Dickey said. We will do it with integrity and character. These are common to what Boise has been and this is what we will be moving forward. We are going to strive for excellence in everything we do."

Boise State is currently is the process of hiring a new football coach after Bryan Harsin left last month to take the head coaching job at Auburn University. Dickey says he 100 percent involved in the hiring process.

"I'm excited about that opportunity and with our history, tradition and in what those before us, the foundation they laid, I'm excited for our next coach," Dickey said.

When asked about a timeline for hiring a new Boise State football coach Dickey responded that it's difficult to put a number of days or a specific date on it.

"This is maybe the most important decision I'll make as an athletic director and I'm 48 hours in, and so I would prefer not putting a timeline," he said.

Prior to his time at Baylor, Dickey worked as Deputy Athletics Director at the University of Houston, providing Vice President for Intercollegiate Athletics Hunter Yurachek, now the Vice Chancellor and Director of Athletics at the University of Arkansas, day-to-day support in the oversight of the department, while also serving as the sport program administrator for football.

Dickey earned a bachelor's degree in sport management from the University of Texas in 2004 and a master's of sport science and coaching from Akron in 2018. He and his wife, Elizabeth, have a daughter, Emerson, and two sons, Elijah and Easton.

Here is a timeline of Dickey's work history in college athletics: