Paul Reyna, a freshman defensive tackle, died from a head injury he sustained during a preseason scrimmage game in 1999. 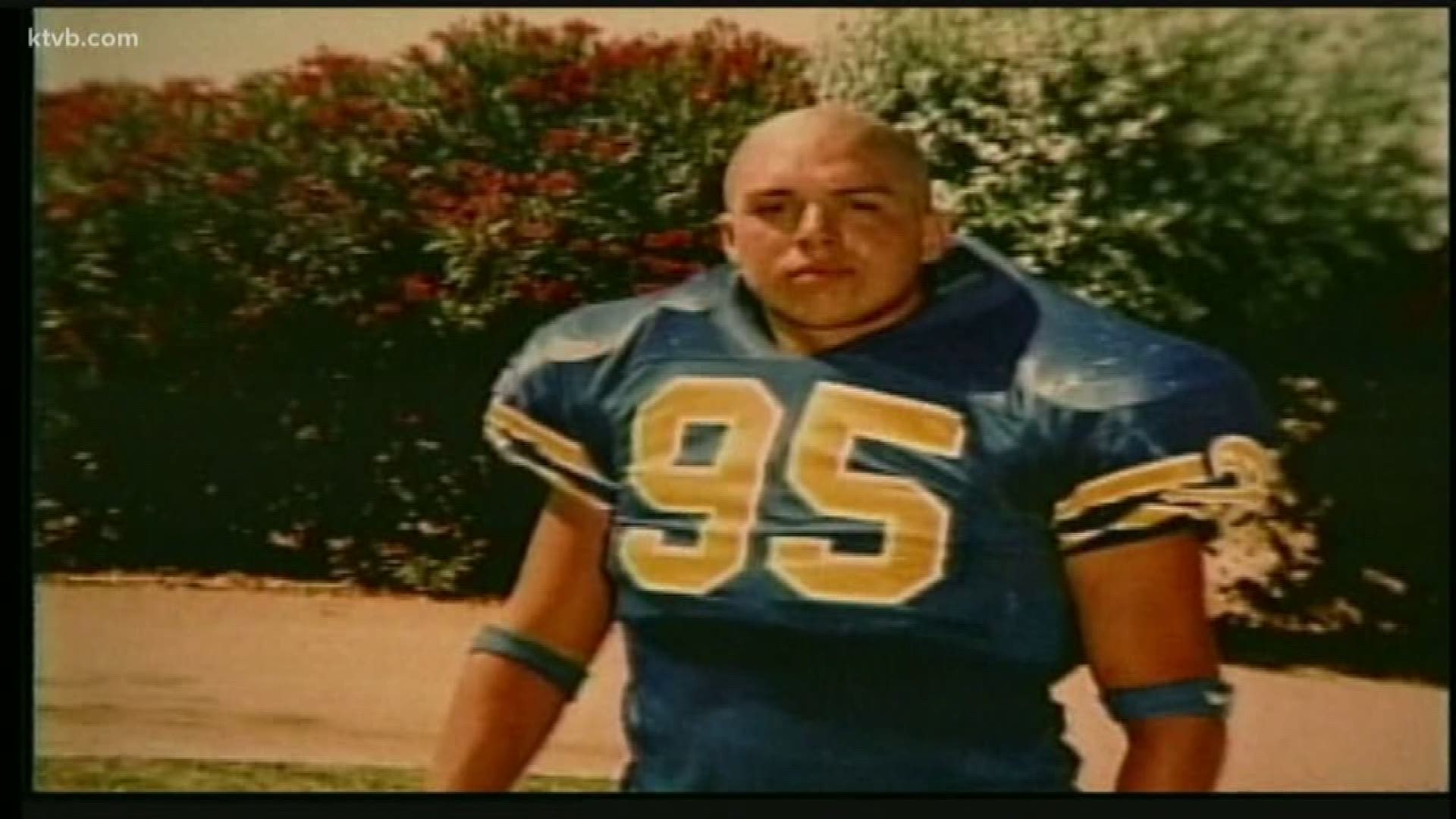 BOISE, Idaho — It's been twenty years since the Boise State football team lost one of their own.

Friday night, as the team took the field for their season home opener against Marshall, a Bronco legend was remembered.

In 1999, freshman player Paul Reyna was killed during a preseason scrimmage game.

On Aug. 18, 1999,  while running a play during the practice game, Reyna tripped over a teammate, fell backward and hit his head on the turf. He made it to the sideline, then lost consciousness. He was taken to a local hospital and rushed into surgery. Due to a blood clot in his brain, Reyna spent five days in a coma before being declared brain-dead on Aug. 23, 1999.

At 19 years old, Boise State had lost a promising player and it hit the community, including coaches and players hard. His story and his legacy have been a part of Bronco Nation ever since.

“We came into a room of almost 650 strangers and it was such an outpouring of love,” she said. "I was a little overwhelmed because in that room of 650 people, I knew maybe a handful of people.

“But what concerned me so much was hearing the boys – the boys were kind of directly behind us - the players themselves, the Broncos, and I could hear these young men weeping,” Gusman said.

She felt the need to say something to them and the words that came to her were, “Be not afraid – go out and win championships.”

Those words have been inspiring Bronco players ever since.

While she is still involved with football to this day, Gusman said she hasn't been able to actually watch a game since Reyna died. And being back on the field where he died was hard for her, but she was proud to do it for her son.

“Going out there today, actually walking on the field, looking over to where we know the accident happened, it was extremely hard and I just prayed the whole time and said, 'God give me strength and Paul be with me.'”

Gusman was greeted with multiple handshakes and hugs from the players, as well as a big hug from current head coach Bryan Harsin, who was a player on the team when Reyna played.

Gusman said she knew her son was there too, in the stadium, cheering on his Broncos.

“I’m definitely 100 percent positive that he is present,” she said. "He couldn’t have been more proud and he’d let you know.”

Boise State beat Marshall in Friday night's game with a final score of 14 to 7.