The last time the Wolf Pack beat Boise State was in 2010 when the then-No. 3-ranked Broncos lost 34-31 in overtime in Reno, NV. 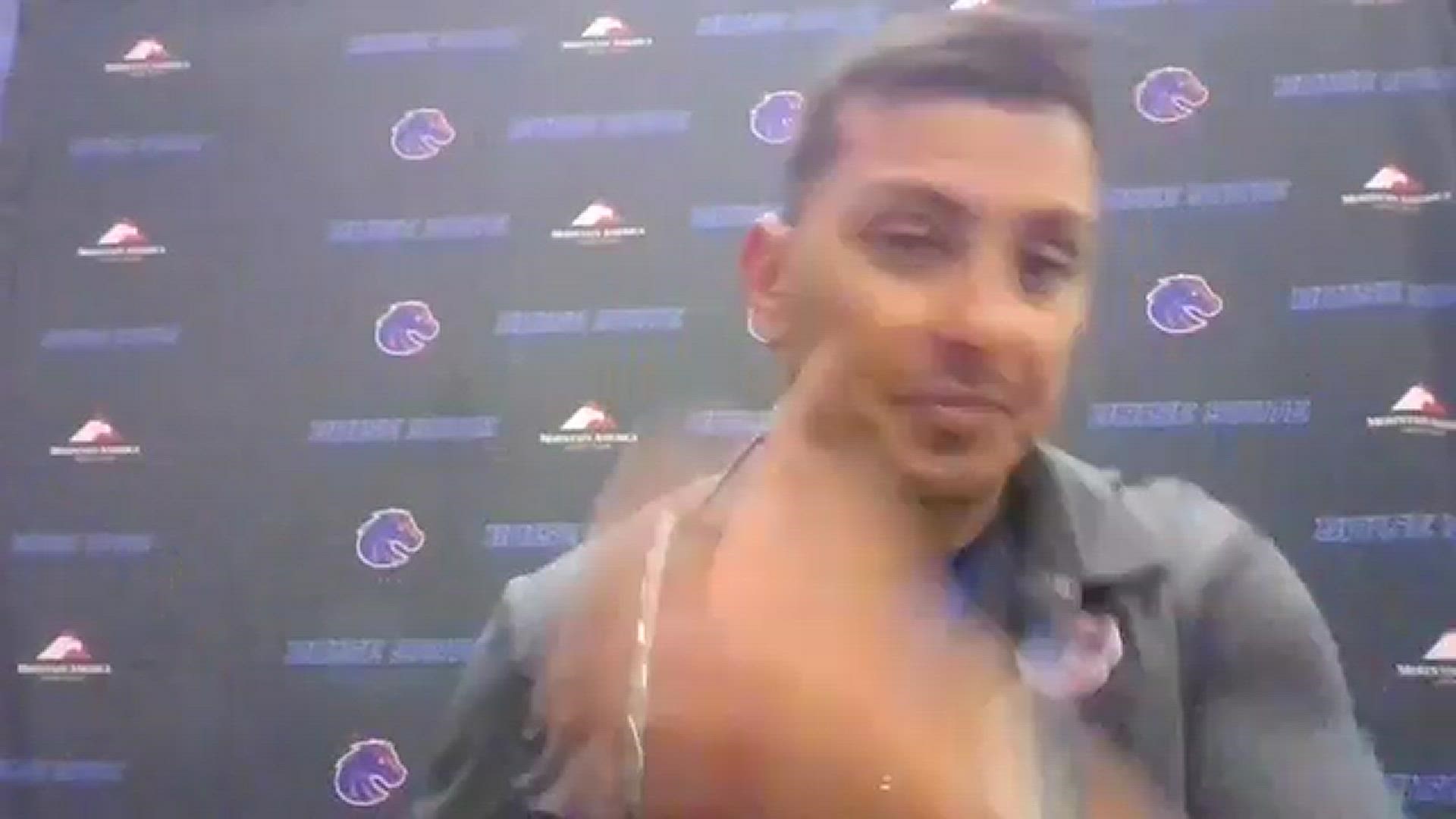 BOISE, Idaho — It was a close game in the first half, but the Boise State Broncos' momentum seemingly ran out in the second half, causing them to lose to the University of Nevada-Reno Wolf Pack 31-41.

The last time the Wolfpack beat Boise State was in 2010 when the then-No. 3-ranked Broncos lost 34-31 in overtime to the Wolf Pack in Reno, NV.

The game got off to a quick start for the Wolf Pack, who scored the first touchdown of the game with 10:36 left in the first quarter. Nevada went 67 yards on 11 plays on their opening drive.

The Broncos got a massive break when Nevada jumped offsides on a punt, giving Boise State a first down.

Nevada remained in the lead well through the first half of the first quarter, but junior wideout Stefan Cobbs returned to the blue in a big way, grabbing a 25-yard touchdown strike from junior quarterback Hank Bachmeier. The score was tied 7-7 with 7:47 left in the quarter.

Boise State wide receiver Khalil Shakir was definitely the star of the first half. With just 0:53 left in the first, Shakir amazingly caught a pass with one hand in the end zone as two Nevada defensive players attempted to block the pass.

The Broncos led the Wolf Pack 14-10 heading into the second quarter.

Similar to the first quarter, Nevada scored their second touchdown of the game early in the second quarter.

After Boise State lost 40 yards on two bad snaps, Shakir showed up in a big way again, picking up the 40 yards they lost on a punt return with 3:47 left in the second.

Cobbs scored his second touchdown of the game after pulling 33 yards to get the Broncos in the RedZone and catching a pass from Bachmeier in the endzone.

Nevada trailed Boise State close going into the second half, 20-21.

1 / 12
AP
Nevada quarterback Carson Strong (12) scrambles with the ball against Boise State in the first half of an NCAA college football game Saturday, Oct. 2, 2021, in Boise, Idaho. (AP Photo/Steve Conner)

As to be expected, Nevada scored early in the third quarter. The Wolf Pack capitalized on their good field position to start the second half. Nevada running back Toa Taua scored a rush touchdown and a two-point conversion with 12:55 left in the third, bringing their lead to 28-21.

Boise State kicker Jonah Dalmas successfully attempted a 31-yard field goal and brought the score to 28-24, Nevada leading with 8:59 remaining. However, Nevada responded with a field goal of their own shortly after, strengthening their lead to 31-24 with 6 minutes left in the third.

Boise State regained possession of the ball with 12:47 left in the fourth quarter, but a lost fumble led to another field goal by Nevada. The Wolf Pack's lead widened to 24-41.

Cobbs was down the field and able to catch a pass from Bachmeier with 10 minutes left in the fourth, but the ball bounced off Cobbs's leg and was caught by Nevada linebacker Daiyan Henley. The catch counted as an interception for the Wolf Pack and accounted for Boise State's third turnover of the game.

With 3:15 left in the final quarter, Bachmeier threw a short touchdown pass to wide receiver Octavius Evans after 14 plays in the drive, bringing the score to 31-41.

During the post-game press conference, Boise State head football coach Andy Avalos said the team's performance on Saturday was not the standard he set for them but said that starts with him.

"Currently the team is hurting. At Boise State, there's a lot of proud tradition and history here and we honor it every single day," Bachmeier said. "Losing back-to-back home games sucks."

Fifth-year linebacker Riley Whimpey called football a "humbling game" and said the loss to Nevada was extremely tough on the team. He said losing on The Blue is not acceptable and is hopeful the team can learn to be more consistent during games.

"I think we just need to simplify and continue to focus on the standard we need to uphold here," Whimpey said. "I think what it comes down to is everyone doing their 1/11th. It wasn't necessarily one specific person. It takes everybody."