Boise State lands three-star quarterback from Texas for the 2021 recruiting class: 'I just fell in love' 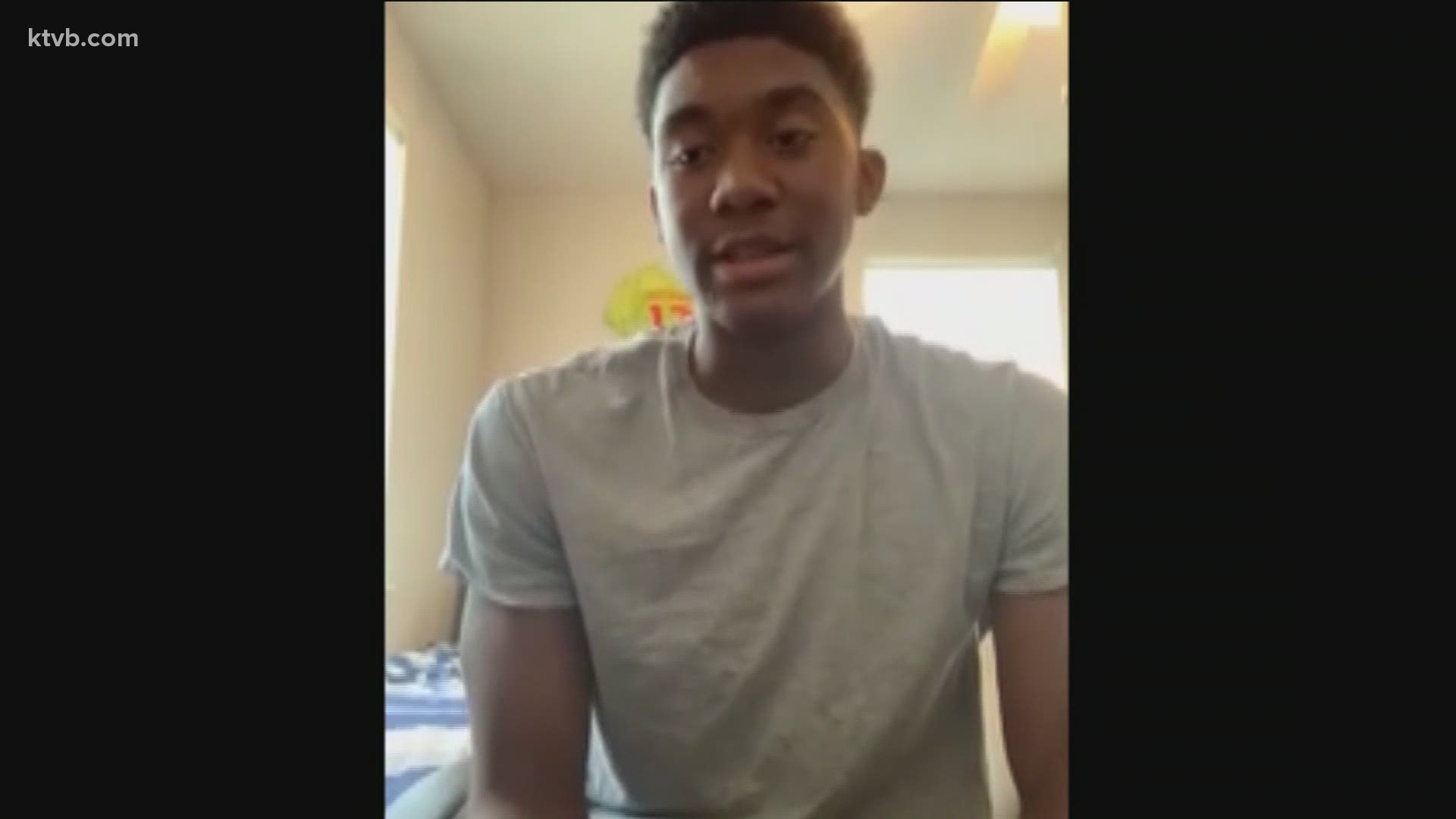 BOISE, Idaho — Competition isn't something that Lewisville High quarterback Taylen Green has ever shied away from. "I love pressure," the three-star prospect told KTVB earlier this week.

That same love goes for new environments and unpredictable circumstances.

It has been about one year since Boise State's newest quarterback commit and his family moved from Allen, TX, to their new hometown of Lewisville, TX.

Through the transition, Green had to prove himself all over again on the football field. As he entered a battle for playing time under-center at Lewisville High, he believed there was only way to emerge on top.

"When I moved from Allen," Green recalled, "I said, 'I need to lead my team. I need to be the hardest worker on the team.'"

"I didn't really know a lot about Lewisville, I didn't know the offense," Green continued, "But I just brought it every single day. I was in the film room. I was right in my offensive coordinator's ear every day."

His approach worked and his dedication was rewarded.

Green was tabbed the starting quarterback for the Fighting Farmers and he didn't disappoint. As a junior, he led his team to a 7-4 record and a berth in the 6A Texas State Playoffs. Green passed for 2,217 yards, 25 touchdowns and three interceptions. He added another 445 yards and 12 touchdowns on the ground.

Last week, however, Green decided he had all the information he needed. So he picked up the phone and committed to Boise State.

"They have the same values as me. They love to compete. They love to win. They love to stay humble and hungry," Green told KTVB. "What spoke to me was how they develop their players when they get there. They just don't toss them onto the field and just say 'play,' but that actually takes time and helps them get better every day."

Just like in high school, Green is already looking at ways to get ahead in college.

"I'm actually going to graduate [high school] early, after December, so I'll have a head start," Green said. "Boise State has a plan for me, competing in the spring and in the summer. So I'm excited and ready to compete."

He's that confident in the coaches and the program's proof of player development.

NOTE: Even if HS football is pushed to the spring, Green plans to graduate early and enroll at BSU in January. pic.twitter.com/vOuKFRyLLE

JAY TUST: "First off, Taylen, tell us about your first experience with the Boise State football team."

TAYLEN GREEN: "They first texted me right after the season. I didn't really know a lot about them, but I and my dad were just like, 'Hey, let's just look at Boise State.' Since then we've been watching YouTube when they played Florida State last year, and when they played their conference games. So about a month ago they texted me saying they're going to start doing Zoom calls and turn up the heat because they felt like I was the right fit. We've been doing virtual tours and I just fell in love with Coach [Eric Keisau] and coach [Bryan Harsin]."

JAY: "What was it about them, specifically, that seemed to grab your heart, man?"

TAYLEN: "They have the same values as me. They love to compete. They love to win. They love to stay humble and hungry. What spoke to me was how they develop their players when they get there. They just don't toss them onto the field and just say 'play,' but that actually takes time and helps them get better every day."

JAY: "It sounds like competing was instilled in you at a very early age. Your sister's a highly accomplished basketball player. Who's the best athlete in the family?"

TAYLEN: "We get that all the time. Of course, I'm gonna say me. I'll say I'm the best athlete."

JAY: "Louisville is obviously a big-time woman's basketball program. The fact that she's a couple of years older than you, how did she help you maybe make this decision, or what have you learned from her experiences?"

TAYLEN: "I learned so much. She told me it's okay to go far from home as long as it's the right place. And she's just, like, when you get to college, you've got to work, you make sure you're focused, make sure you're on top of the books. I was like 'yeah.' She's been very helpful with that, too."

JAY: "One thing that often happens whenever a Boise State player commits, usually other schools almost immediately enter the picture. Has that happened for you at all?"

TAYLEN: "Yeah, I had Louisville, Colorado, and Illinois texted me but I personally think I'm pretty good. I think I found the right spot. I think I found a great place where I can be the best."

JAY: "How unique is getting recruited right now? I mean, have you ever been to Boise?"

TAYLEN: "No, I'm supposed to take a visit next Wednesday. The virtual tour was a little different but I feel like Boise did a great job. It was about two hours, so it was really really detailed. My parents just loved it."

JAY: "I know right now your level [of football] in Texas, that they just bumped the season back a couple of weeks. If it hypothetically gets bumped back to the spring, would you still try to graduate early and arrive at Boise State early?"

TAYLEN: "I've been talking to a lot of recruits. Yeah, I'm probably just gonna leave early I don't want to get hurt."