This Saturday's game at Albertsons Stadium features two teams unbeaten in conference play. It will be broadcast nationally on Fox. 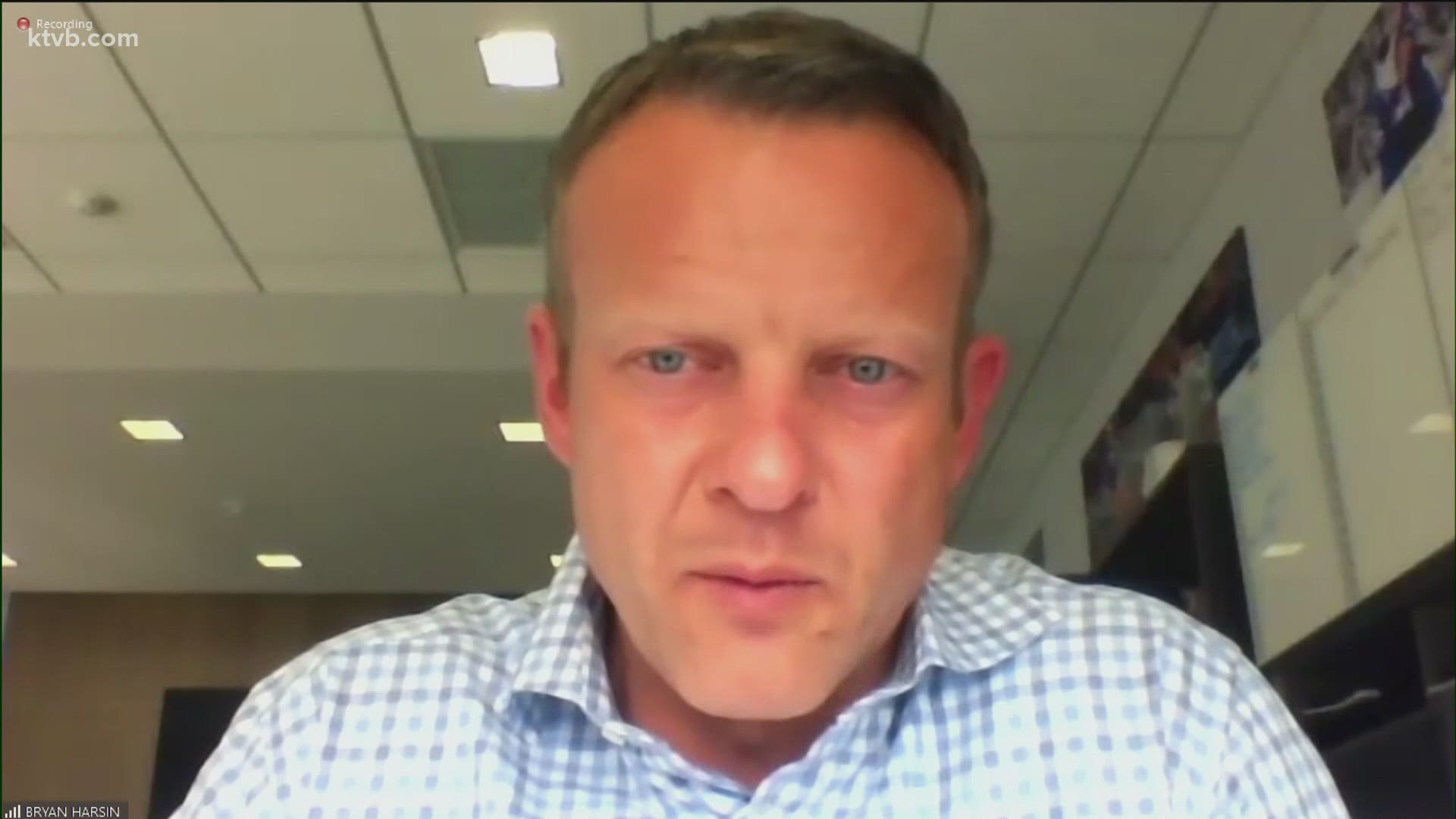 The Broncos ran out to a big lead before holding off the Rainbow Warriors at Aloha Stadium. The BSU defense gave up 29 points and 275 yards in the second half. That's a concern heading into this week's game.

"There's no divisions here you got to win every single game. The best way to guarantee yourself to be in the championship is win every game in the conference," Harsin said.

The Broncos and Spartans are currently in a second place tie in the conference, both have 4-0 records. The Nevada Wolfpack lead the Mountain West at 5-0.

This year, due to COVID forcing a shortened season, the conference is doing away with divisions to determine the championship game. Instead, the top two teams in terms of conference game win percentage will play in the title game.

The Spartans are the surprise team of the season, coming into Albertsons Stadium off a sudden bye week. San Jose State was scheduled to play Fresno State last Saturday, but the game was called a no-contest when the Bulldogs did not meet the required number of players after a number were out due to COVID-19 or contact tracing.

Harsin said his team will have to show improvement on defense to slow down the Spartans.

"When you play great defense I think everybody on the team feeds on that. And we've shown signs of it, we just need to be more consistent at the end of the day, and that's tackling and that's making plays on balls we have an opportunity to make plays on," Harsin said.

He add that when the opponent has third and long they've got to get the defense off the field.

Boise State does not have classes this week because of the Thanksgiving break. Harsin says the team will have its regular Tuesday through Friday practice schedule. He's hopeful players can get healthy this week and be ready for a rare Saturday afternoon game.

This Saturday's game is already getting national attention. It will be broadcast on Fox at 2 p.m., making this the first regular-season Boise State game to air on one of the primary national networks since a win over Oregon State in 2010 that aired on ABC. The last nationally televised Boise State game on a primary network was the Mountain West Championship in 2014.

You can watch full press conference below on our YouTube Channel.

And due to COVID protocols, there will only be around 1,100 Bronco fans in the stands at Albertsons Stadium.

This will be the Broncos' last home game of the regular season and it is senior day.

Boise State will finish the season with two road games against UNLV and Wyoming.