'We found a way to win': Boise State coach Harsin and Broncos talk about their close win over Hawai'i

It wasn't pretty, but the Broncos beat Hawai'i for the ninth-straight time on Sunday morning. 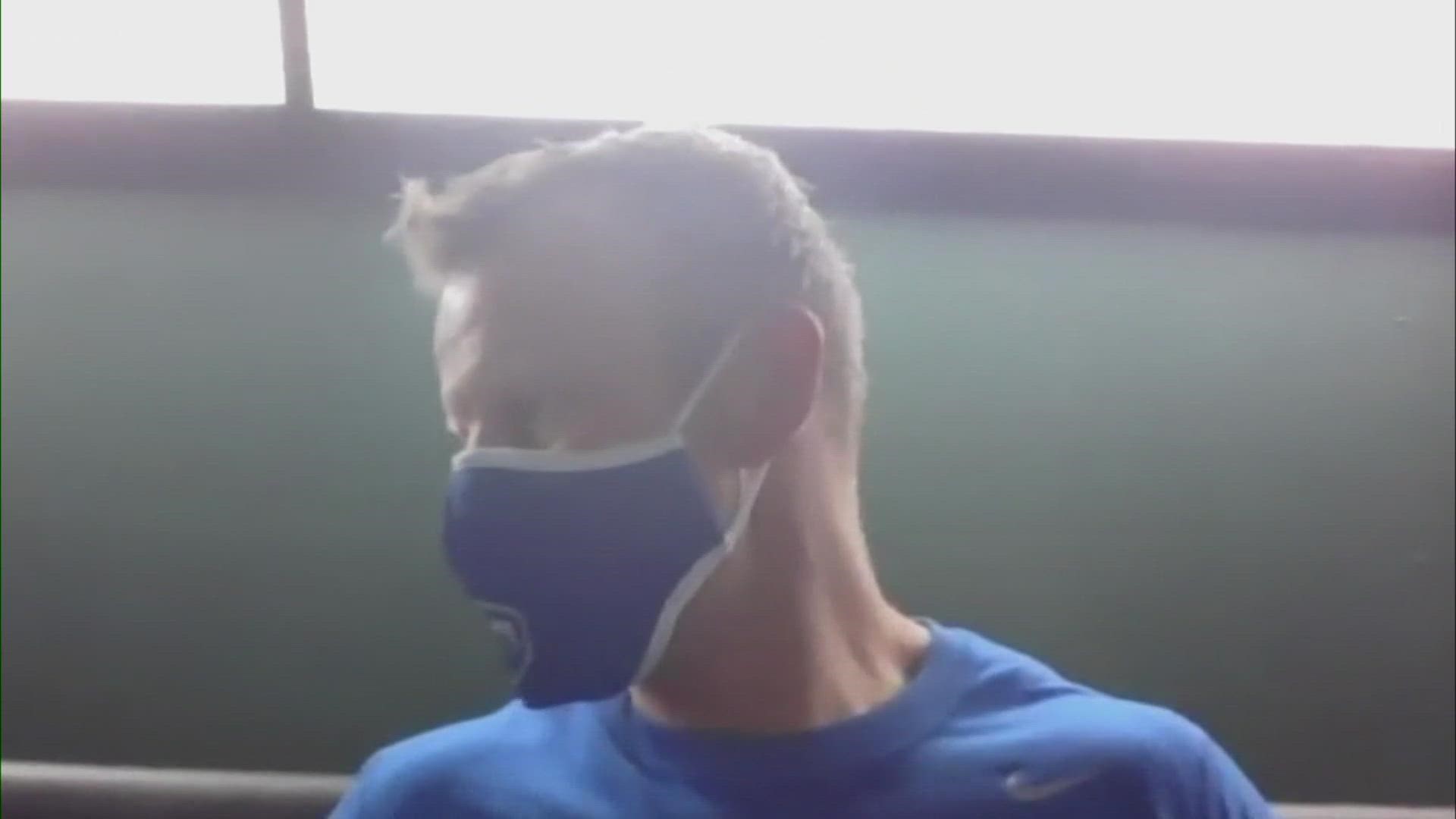 HONOLULU — The Boise State Broncos have now beat the Hawai'i Rainbow Warriors nine-straight times, dating back to 2008, after they won 40-32 early Sunday morning.

When Bronco Nation imagines Boise State players playing on Sundays, this is probably not what they had in mind.

After a sluggish first quarter, the Broncos started clicking in all three phases of the game in the second quarter. Unfortunately, the Rainbow Warriors also found their offense in the second half, outscoring the Broncos 29-21 after halftime.

Boise State (4-1, 4-0) faced the Rainbow Warriors (2-3, 2-3) for the third time in a little over a year on Saturday night. The Broncos beat the Hawai'i Rainbow Warriors twice in 2019, including in the Mountain West Championship game, by about three touchdowns in each.

Traveling to Honolulu always brings with it an added level of difficulty. In fact, all three of Boise State's all-time losses to Hawai'i have occurred at Aloha Stadium, but the last time Boise State lost there was in 2007 in front of a sold-out Aloha Stadium with Colt Brennan leading Hawai'i to a 12-0 regular-season record and a Sugar Bowl appearance.

After the Broncos' win, coach Bryan Harsin and several Boise State players met with the media to discuss what they think of their fourth win of the season.

Scroll down to read the recap of the game and watch the post-game press conference in the video below.

After a close first quarter that ended with a 3-3 tie, the Broncos' offense and defense started plugging along until it eventually collapsed and allowed the Rainbow Warriors to crawl back in the fourth quarter.

After receiving the ball to start the second half, the Rainbow Warriors marched down the field to score their first touchdown of the game but failed on their two-point conversion, cutting the Broncos' lead down to 19-9.

On the following kickoff, kick-return extraordinaire Avery Williams returned the kick for a touchdown, extending the Broncos' lead to 26-9. In case it wasn't common knowledge by now, but kicking or punting to Williams is asking for a bad time.

"When we scored [on the kickoff return], that was the momentum we needed," coach Harsin said of Williams' kick return during the post-game press conference.

The kick return for a touchdown was his third non-offensive touchdown in five games, and the eighth of his career.

With 8:18 left in the third, running back Andrew Van Buren trotted in for an 11-yard touchdown run, his sixth of the season, and that gave the Broncos a comfortable 33-9 lead that would only last a few fleeting minutes.

Hawai'i quarterback Chevan Cordeiro threw a 36-yard-touchdown pass and the Warriors would make their second two-point conversion to cut the lead to 33-17 with 5:36 left in the third.

The Broncos' offense quickly responded with another touchdown thanks to another 11-yard scamper by Van Buren. Boise State's lead grew to 40-17 with 3:38 left in the third.

The score would hold until Hawai'i's Cordeiro threw a 15-yard touchdown pass to make it 40-24 after the ensuing extra point. He would throw his third passing touchdown with 4:52 left in the fourth to cut the Broncos' lead to eight, 40-32. That would be the final score after the Broncos bled the clock out to end the game.

Sophomore quarterback Hank Bachmeier finished 21 of 31 for 278, one touchdown and one interception.

"We wanted to run the football. At the end of the day, he got it done," coach Harsin said of Van Buren. "I thought it was great (his performance), you could see Andrew get in a groove"

Harsin added that he's proud of the team for making this travel to Hawai'i under a short turnaround.

"We know Hawaii is tough when you come here and play on the island. And we found a way to win," he said. "We had some guys go out tonight and other guys step up. And we had the offense on the field at the end of the game, Hank was able to make a play."

The Broncos will host the 4-0 San Jose Spartans next week at Albertsons Stadium.