Game Tracker: Keep up with Boise State's late-night game vs. Hawai'i with our live blog

The game started at 9 p.m. MT and is on CBS Sports Network. Use our Game Tracker to not miss any of the action. 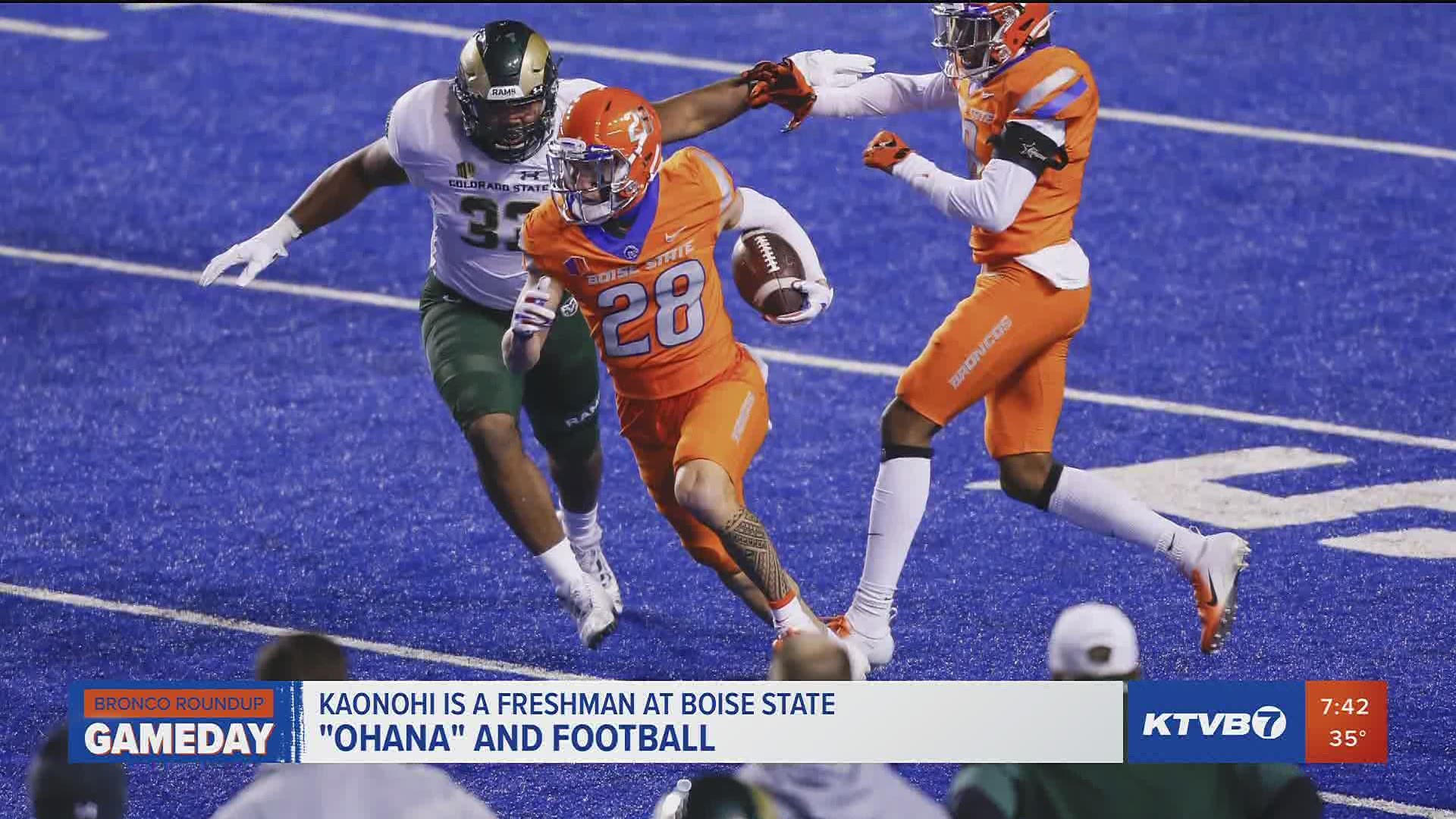 BOISE, Idaho — Bronco Nation will have to burn the midnight oil on Saturday night when Boise State takes on Hawai'i at 9 p.m. MT at Aloha Stadium. Keep up with all of the action with KTVB's Game Tracker and live blog.

Boise State (3-1) will be facing the Rainbow Warriors (2-2) for the third time in a little over a year. The Broncos beat the Hawai'i Rainbow Warriors twice in 2019, including in the Mountain West Championship game, by about three touchdowns in each.

But traveling to Honolulu always brings with it an added level of difficulty. In fact, all three of Boise State's all-time losses to Hawai'i have occurred at Aloha Stadium.

The game is set to kick off at 9 p.m. MT and will be televised on CBS Sports Network.

Scroll down to use KTVB's Game Tracker which has a live scoreboard and live blog that will show the latest tweets from KTVB's Jay Tust and Will Hall and the official Boise State football Twitter account.

The Rainbow Warriors are rebuilding after losing star quarterback Cole McDonald and All-Mountain West receiver Cedric Byrd to graduation. The team also has a new coach this year - Todd Graham - who was hired after Nick Rolovich (the 2019 MWC coach of the year) left for Washington State.

Hawai'i is coming off a 34-10 loss to San Diego State, which saw the Warriors struggle, particularly on offense. Quarterback Chevan Cordeiro was sacked seven times and the Warriors fumbled the ball six times.

Cordeiro threw for 209 yards and one touchdown against one interception. His top target was Calvin Turner, who had 116 yards, 75 of which came on the touchdown pass from Cordeiro.