Boise State's game against UNLV canceled due to COVID-19 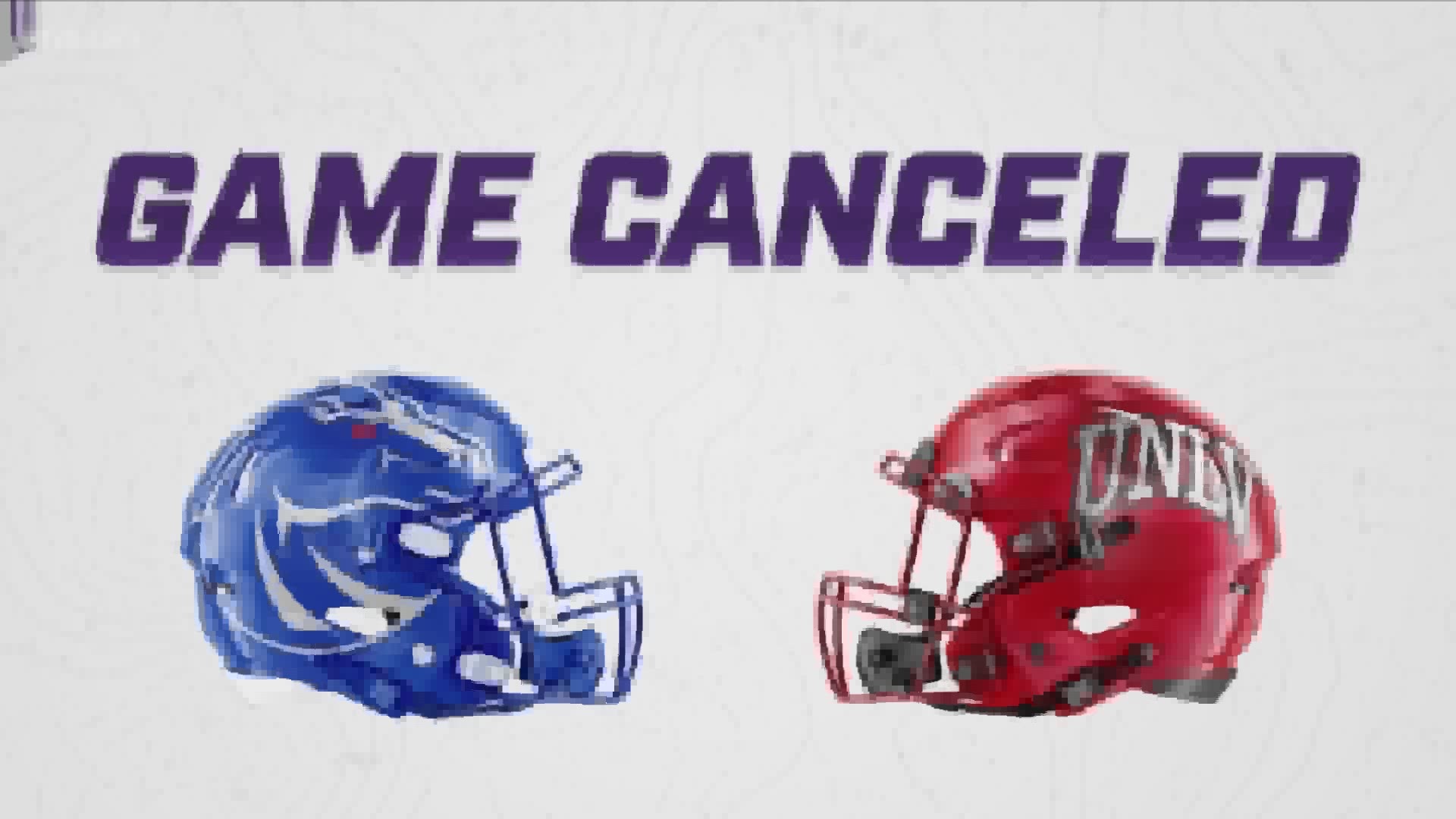 BOISE, Idaho — For the second week in a row, Boise State's scheduled game has been canceled due to the COVID-19 pandemic.

The Mountain West Conference announced in a Twitter post on Wednesday night that the Broncos' game against UNLV - scheduled for this Friday in Las Vegas - has been canceled.

"Based on guidance from medical personnel and epidemiologists, Friday’s game has been canceled and will not be rescheduled," the statement reads. "Both medical teams have been in communication in order to understand the full picture of COVID issues in our region."

The cancelation comes just five days after Boise State's final home game of the regular season - against San Jose State - was canceled less than five hours before kickoff. University officials said at the time that the cancelation was due to positive COVID-19 tests and contact tracing within the Broncos' program.

The conference did not say in its tweet if this week's cancelation of the Broncos-Rebels game was due to positive cases, although Boise State players and coaches were set to undergo additional testing on Wednesday.

Carney said the decision to cancel the game came down to recommendations from health experts.

“Based on recommendations from medical personnel, it was determined that the Boise State-UNLV game would not take place," he said in the statement. "We feel for the student-athletes, coaches and fans of each program, but the most important thing in times like these is listening to the experts. That was what transpired in this decision coming to fruition.”

Harsin, meanwhile, expressed his disappointment and said the team is looking ahead to its next opponent. The Broncos are set to play at Wyoming on Saturday, Dec. 12.

“We had been preparing for this game and were looking forward to playing UNLV," he said in the statement. "It’s disappointing not to be able to play the game, but we’ll turn our attention to playing our next opponent.”