DeAndre Pierce graduated in the spring and is headed to Tempe where he will reunite with his dad who is a coach for the Sun Devils. 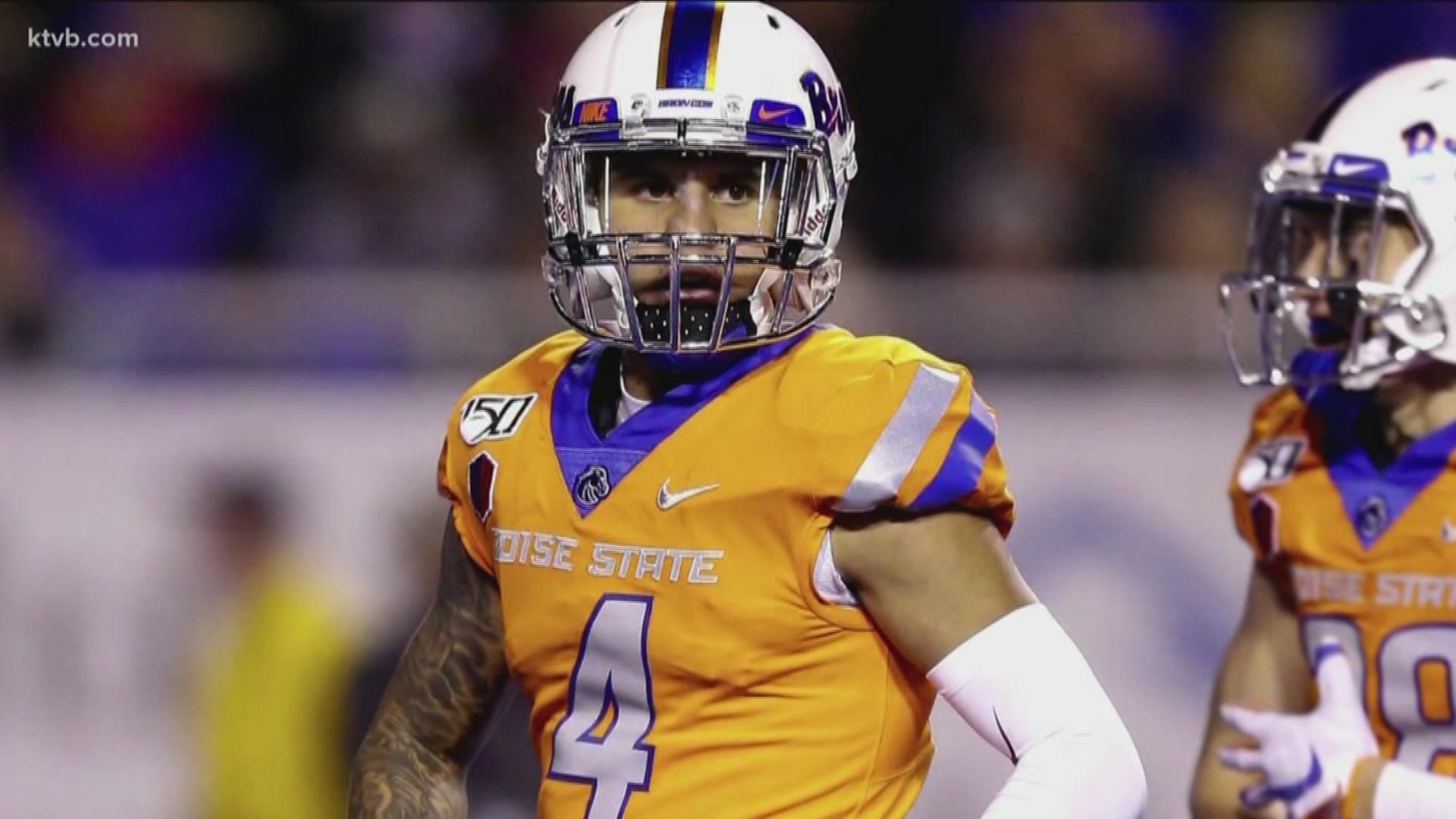 BOISE, Idaho — Earlier this week I had the chance to catch up with former Boise State safety DeAndre Pierce.

Deandre elected to graduate this spring from Boise State and finish up his college eligibility at Arizona State as a grad transfer, thus reuniting with his dad, former Giants pro bowl linebacker Antonio, who is the Sun Devils defensive coordinator.

I caught up with him to see how things are going and how tough it was to leave Boise State.

“You look filled out man, what’s the key to adding weight?” asked Will Hall.

"Really, I try to eat consistently throughout the day, not really big meals but consistently, like every 2-3 hours.  I got up to about 192 pounds, the highest I was at Boise State was like 183," DeAndre said.

“Obviously made the decision to grad transfer from Boise State, what led in to that decision?” asked Will.

"Like I said, I've been hurt the past two years. In the last 28 games, the past two seasons, I was only able to play in eight of them. And so, to really give myself the best shot at the next level, I felt like I really needed to challenge myself. Better competition, throughout the Pac 12, there's consistent battles every day, top schools like Oregon, Washington, USC, Utah. Obviously playing with my dad and playing for a great coach like Herm (Edwards) and he was and an NFL DB during his time and obviously a great NFL coach when he played," DeAndre said.

“I know you experienced it in high school, but to be able to have the chance to do it again for your final year of college, to play for your dad again, how special is that?” asked Will.

"It's special. He kind of gave me the blueprint on how to succeed, how to study the game, I learned that from him," DeAndre said.

“I say Herm Edwards, what comes to mind?” asked Will.

"Energetic. Energetic. Good guy, he's himself, he's authentic, I'd say that. I don't think there's anybody quite like him. I had met him a couple times when him and my dad were at ESPN, everybody just loves him. And you can see on social media, just how energetic and just how authentic he really is," DeAndre said.

“How tough was it to leave Boise State?” asked Will.

"It was hard. I would probably say the hardest part was leaving my teammates. All the good times, all the bad times, those are my brothers. That was probably the part that hurt the most. I obviously have no ill feelings toward them, I want nothing but the best for them," he said.

“Your goals and aspirations for your senior season at Arizona State, what are they?” asked Will.

"To put it simply, I need to ball out. Like I said, I haven't been playing a lot, so just being super productive and obviously for DBs, like for Curtis, big time stats for him are like sacks and tackles for loss, for DBs it's more so interceptions, pass break-ups, forced fumbles, fumble recoveries. Those turnover-worthy plays are kind of what makes a great DB and really going into my senior I'm trying to make the big splash plays," DeAndre said.

A big move for DeAndre going from Boise State to Arizona State on the field, and a big change coming for DeAndre and his family off the field as well. He and his girlfriend are expecting twins this fall, early September due date. DeAndre says he will be there for her even if the due date happens on a Saturday when the team has a game.

RELATED: Boise State coach Bryan Harsin on when players might return to campus and the possibility of playing in an empty stadium