Boise State football coach describes having COVID-19: 'Like taking a knife and sticking it through your ribs'

The 26-year-old coach added that as a young person he didn't think it would affect him as much but said his health deteriorated quickly. 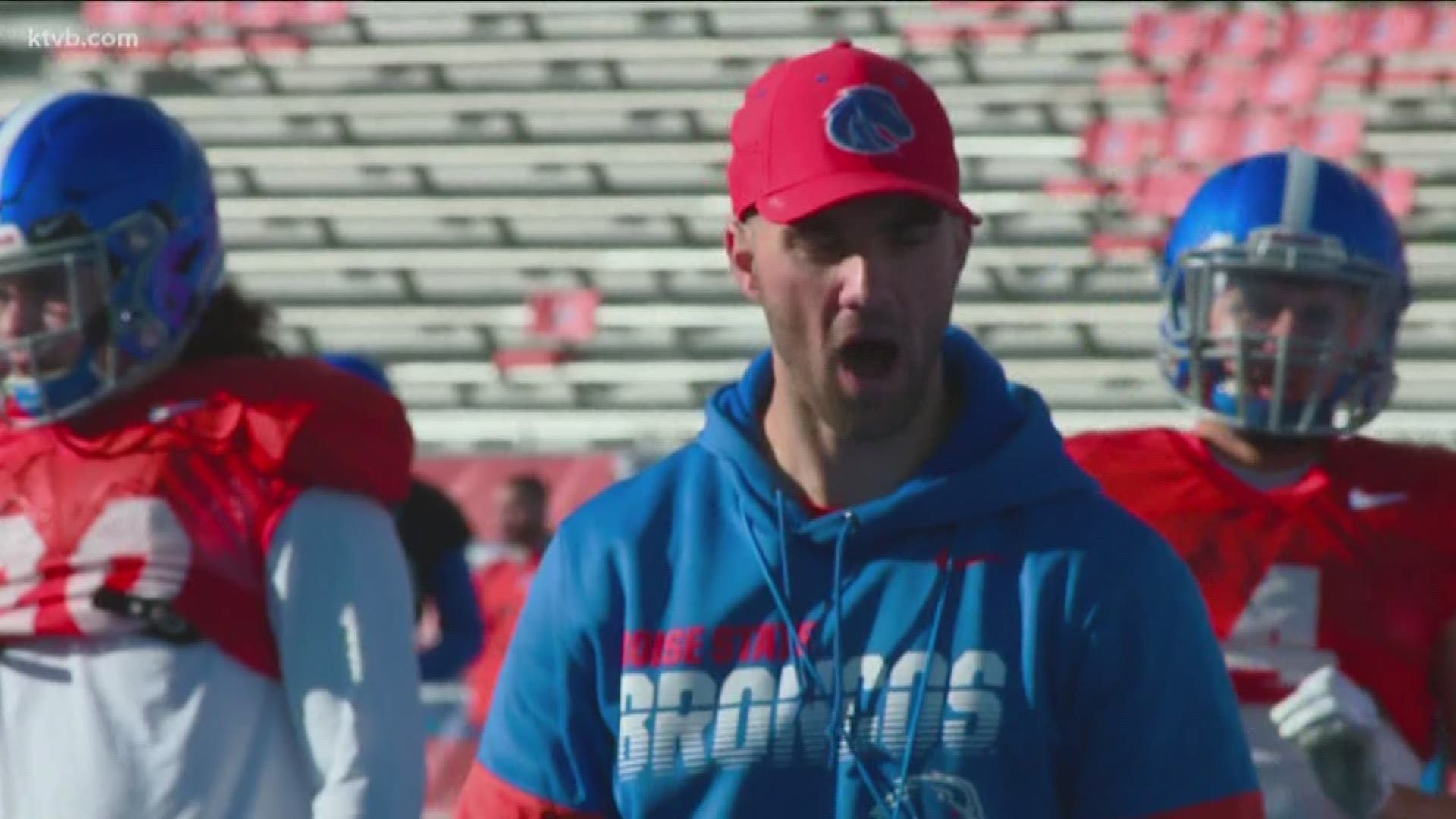 The 26-year-old said, "In about a 24 hour period, I went from zero to 100 and just had some sharp pain through my chest and all that."

Alley has been in coach Bryan Harsin's staff for the last two seasons after working as a student assistant at Clemson.

He said he tested positive for COVID-19 last week and is feeling well now but added that the symptoms of the coronavirus didn't last long but were severe.

"I felt perfect beforehand, two days later I feel fine again, a week later from what it was, but it got to a point that night where I was pretty short of breath and I couldn't breathe and thankfully my girlfriend was like, 'No, we're going to the ER,'" he said, "everyone in there was like, 'Thank God you came in.'"

Alley described the pain that the coronavirus caused was "one of the worst pains I've ever felt in my life... Every breath was like taking a knife and sticking it through your ribs."

Being a healthy 26-year-old, Alley didn't think the coronavirus would affect him that much but the virus quickly affected him, adding that, "my health deteriorated so fast."

He's thankful that he went to St. Luke's for treatment when the symptoms of COVID-19 hit him the hardest.

"I'll say this, our medical staff at St. Luke's killed it like I would want that doctor to see me 100 times over again and he was awesome and they do a great job up there," Alley said. "So I have a lot of respect for just everything they're going through right now, because I know it's tough for them... so I just appreciate that they did such a good job, they were awesome."

RELATED: Former Boise State star Derrick Marks is back home after being in isolation in Italy because of the coronavirus

He added that he doesn't really know how he contracted COVID-19, saying he has only gone to the grocery store and back home.

"For all I know, I touched the shopping cart and that's how we got it, so not really sure, but like I said, I don't recommend it, it's not fun," Alley said.

Now, Alley feels back to normal and is in quarantine at home but said, "It's definitely one of the worst pains I've ever felt in my life."

RELATED: 'You can't cheat the virus': Healthy 23-year-old Boise man who had coronavirus warns other young adults to take it seriously