After less than a month on the job, coach Avalos likes the way things are progressing with his new team. 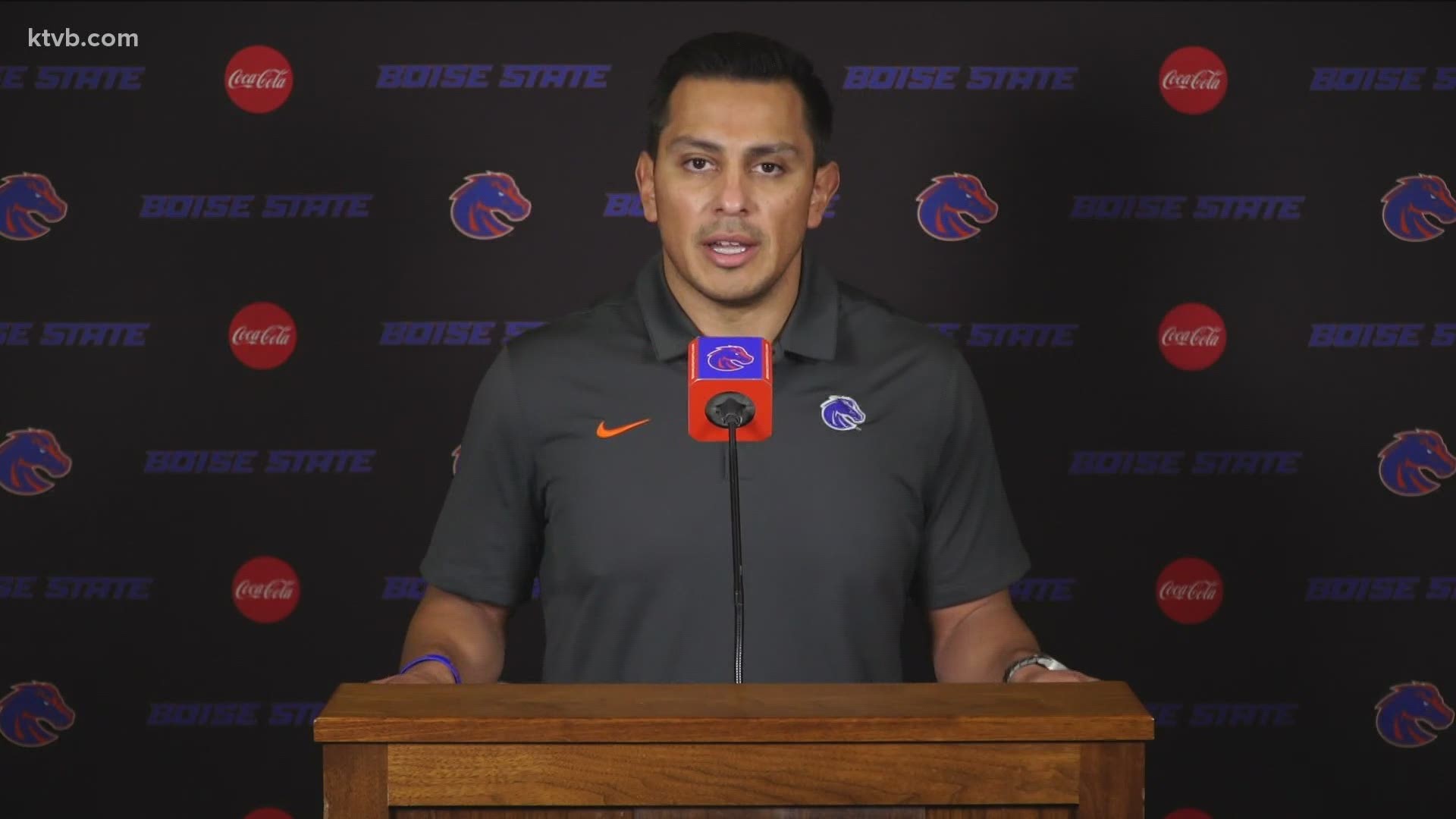 It is National Letter of Intent Signing Day for the second time.

The press conference was streamed live on KTVB.COM and on our YouTube Channel.

The majority of players made their decision of which college team to play for in December. That's when 15 players signed to play for Boise State. Avalos was hired to coach the Broncos on Jan. 9, after spending nearly two years as defensive coordinator with the Oregon Ducks.

He's not had to do much recruiting since joining Boise State so that's left him time to focus on hiring staff and getting reacquainted with the players. Avalos was Boise State's defensive coordinator from 2016 to 2019 and was the Broncos' defensive line and linebackers coach since he joined the staff in 2012.

"It was obviously re-recruiting and reconnecting and building all those relationships with the guys that have already signed," said Avalos. "Obviously we have five players that are early enrolled and are here on campus, so it's been fun. it's allowed us to really focus on, on our team, the family we're building here with it through the coaches that are coming in, and obviously the new players that were brought into the brotherhood."

The Broncos did announce some new additions to the team. Former Oregon running back Cyrus Habibi-Likio is transferring to Boise State to play for Avalos and has two years of eligibility left. Avalos said Habibi-Likio is a good fit for BSU.

"He is obviously a tremendous player on the field but who is he and what he brings to this program, he's going to have an instant impact," said Avalos.

Eagle High quarterback Ben Ford and Rocky Mountain's Jordan Erickson will be staying in the Treasure Valley to play for Boise State. Ford has been offered a scholarship, while Erickson is looking to earn one. He has accepted a preferred walk-on offer. Erickson was an all-state first-team wide receiver and played running back for the Grizzlies, who won the 5A state championship.

Avalos says he really appreciates the talent that Idaho has to offer his team.

"The young men that have come from the state of Idaho and entered into this program and built, helped build this tradition and they're huge, huge factor of what we've been able to do here at Boise State over the course of many years, and we will continue to, to find those young men that want to represent obviously Boise State and represent their state," said Avalos, "and will will continue to evaluate and build those connections and work all over the state."

Avalos added that he looks forward to the day when he can get back on the road to drive and see every corner of Idaho while recruiting.

And because of NCAA rules changes during the COVID pandemic, eight Broncos seniors will get to play another season in 2021. Avalos says they will be an integral part of the team's success.

Boise State plans to begin spring practice on March 12. Avalos admitted they do have several contingency plans in place in case they have to make adjustments along the way due to COVID pandemic.

"But we're off to a great start. The players have been tremendous with the workouts," said Avalos.