Avalos held a press conference on Thursday to update fans on the Broncos' progress made during spring drills. 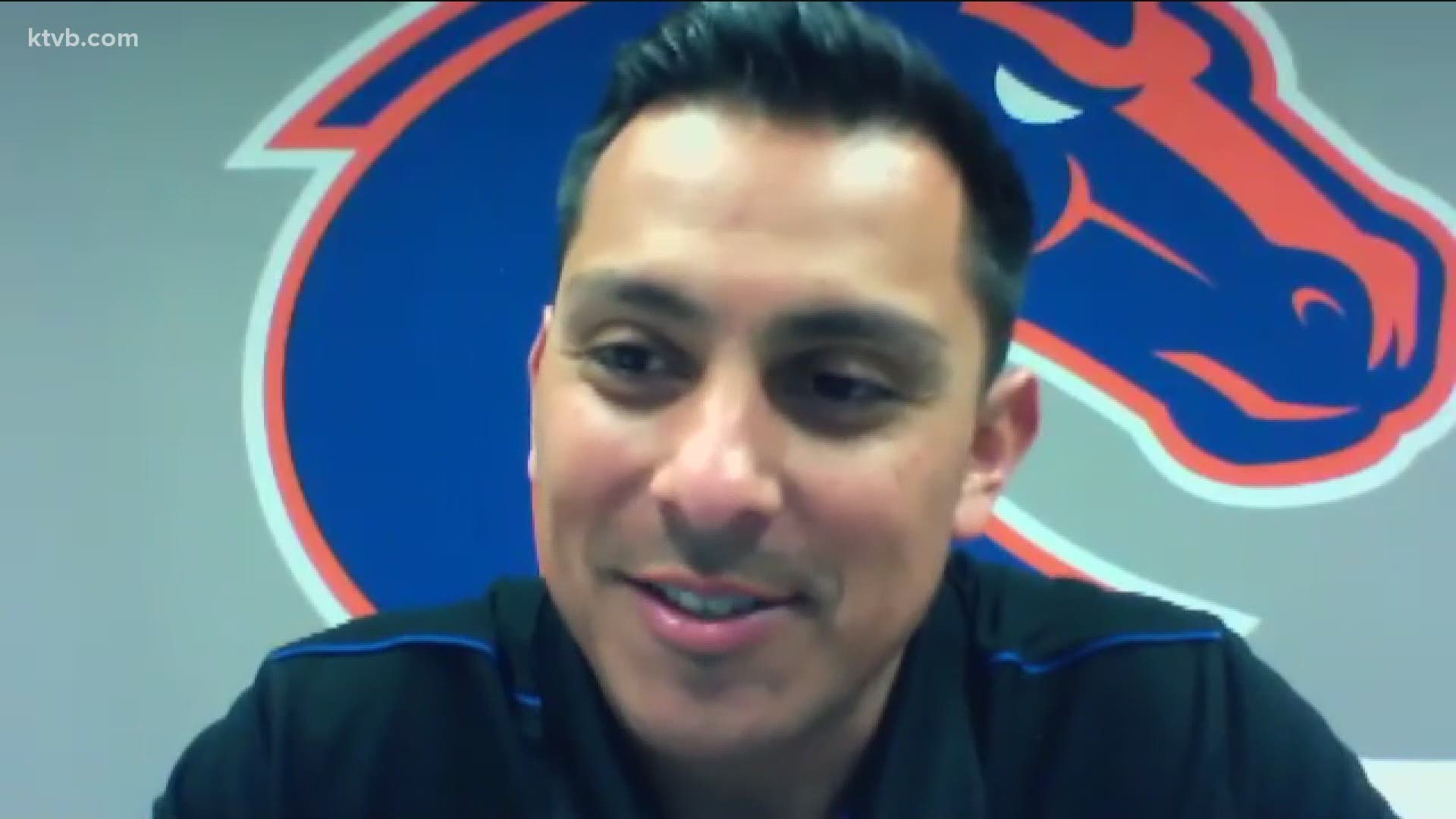 Since we last spoke with Avalos, the Broncos had to pause spring practice due to COVID-19 protocols, only to restart the schedule a few days later. So far, the team has held five practices.

Asked about what his team has accomplished so far, the first-year head coach said they are working hard and are on the right track.

"We've been able to get some really good work in, and we feel like the progression we're making right now, if we can have the consistency within what we're doing, that we're gonna like where we're at coming out of spring ball," Avalos said.

He added that, with just five practices under their belts so far, he has been most surprised by the team's speed.

"Our team speed through the training sessions leading up, especially the wide receiver position," he said. "We got some length in the secondary and they can run with speed, the ability to change direction, and some of the bigs that we're talking about, some of the O-linemen, they're moving really, really well.

Avalos was also asked about the ongoing quarterback competition between Hank Bachmeier and Jack Sears. While he wouldn't say if there is a front-runner for the starting job, he did say the quarterbacks are embracing the competition and working well together as a group.

He noted that the competition is likely to continue into through the summer and into the fall.

"We're focused on right now so that we can be in a good position in fall camp," he said. "So I couldn't really tell you who it's gonna be."

Watch the full press conference in the YouTube player below:

On Wednesday, Boise State announced that it would allow 6,300 fans to attend the Broncos' Spring Game, set for 3:30 p.m. on Saturday, April 10, at Albertson Stadium.

It will be the most fans allowed at a Boise State football event since the end of the 2019 season. The university allowed a limited number of fans at two of their three home football games last fall, hosting approximately 1,100 for each of the November matchups with BYU and Colorado State.

Tickets for the annual scrimmage are $5, and all proceeds will support BroncoBOLD, an on-campus initiative designed to champion the importance of mental health and wellness.

Seating will be socially-distanced and preassigned. Masks will also be required for all fans attending the game.

Of the 6,300 available tickets, 700 will be made available to the general public. Those will go on sale on Saturday, March 27, at 9 a.m., at BroncoSports.com/tickets.

The rest of the tickets will go to season ticket holders, members of the Bronco Athletic Association, guests of coaches and student-athletes, and students.