Bronco Roundup Game Day: Get caught up with everything you need to know about Boise State's matchup vs. BYU

From 6 p.m. to 7 p.m., Jay Tust and Will Hall will breakdown all of the latest news, storylines, stats and injury reports before Boise State takes on BYU. 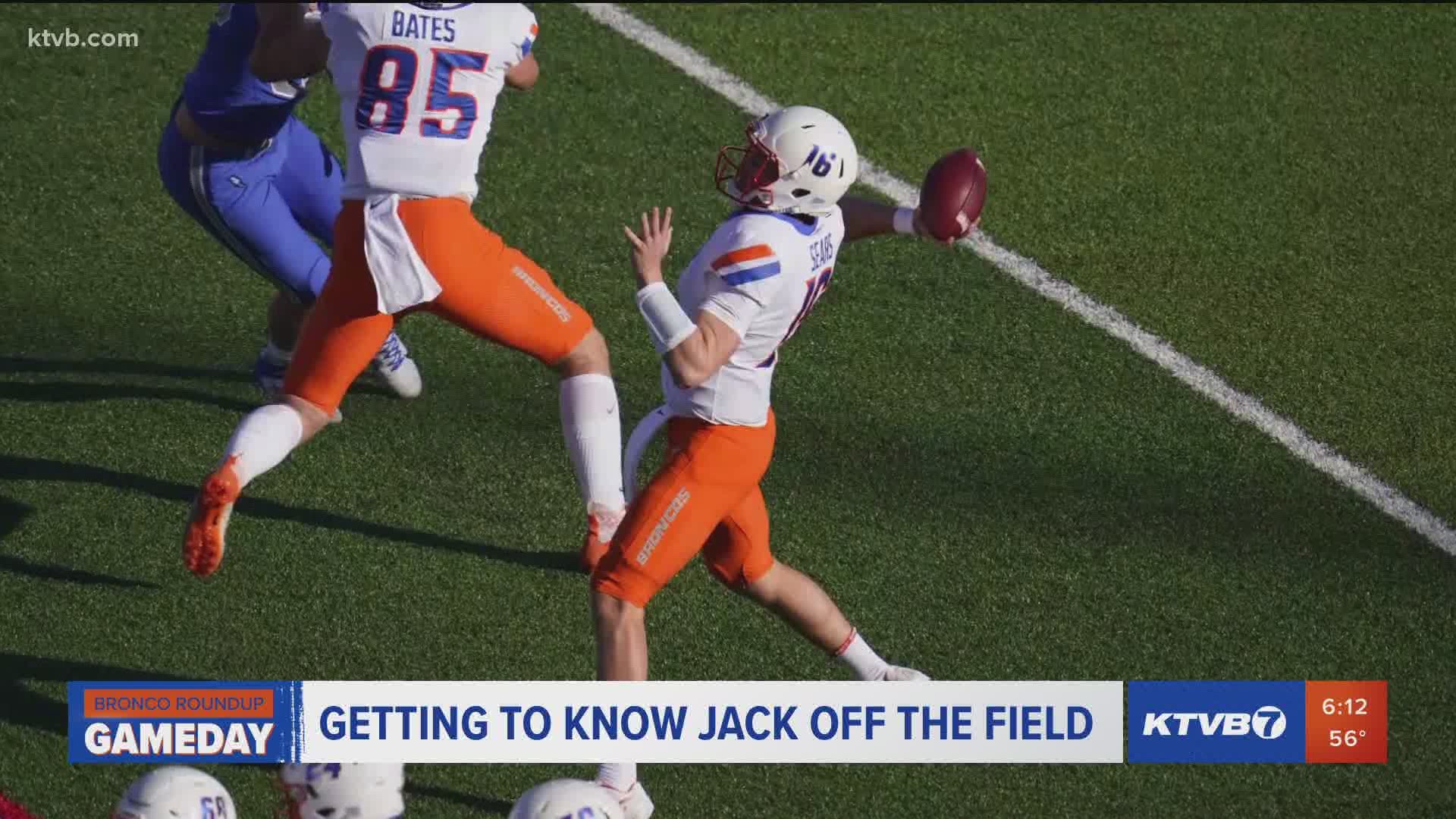 BOISE, Idaho — Before the Boise State Broncos host rival BYU at Albertsons Stadium on Friday night, make sure to tune into Bronco Roundup Game Day live at 6 p.m. KTVB's Jay Tust and Will Hall will break down everything that Bronco Nation needs to know about Boise State's rivalry game versus the No. 9 BYU Cougars.

The Cougars are 7-0 on the season and enter Albertsons Stadium ranked ninth in the country, making them the highest-ranked opponent to every play the Broncos on The Blue.

Boise State, who is ranked No. 21, enters Friday's matchup 2-0 on the season after the Mountain West had postponed the season and restarted it on Oct. 24. The Cougars have already been playing since Sept. 7, giving them nearly two more full months of game experience and practice over the Broncos.

But the Broncos will have to defend The Blue with several key players out or questionable to play. During Tuesday's press conference, coach Bryan Harsin was coy about the Broncos' current quarterback situation, much like he was last year when quarterback Hank Bachmeier missed much of the season due to injury.

When the Broncos played San Jose State on Oct. 31, Bachmeier and safety JL Skinner did not travel with the team. Harsin did not explain why they did not travel and did not discuss who would be starting under center on Friday.

Sophomore defensive end Demitri Washington is also out for the season after suffering an injury against Air Force, so it will very much be "the next man up" for Boise State against BYU.

Jay Tust and Will Hall will have the latest information and interviews about these facets of the game and much more at 6 p.m. MT on KTVB NewsChannel 7 and KTVB.COM.

Following the end of the game, KTVB.COM will live stream the Broncos' post-game press conference. Coach Bryan Harsin and several Boise State players will discuss how the Broncos fared against the Cougars.