The Broncos visit San Jose on Saturday, where they will face a much-improved Spartans team. 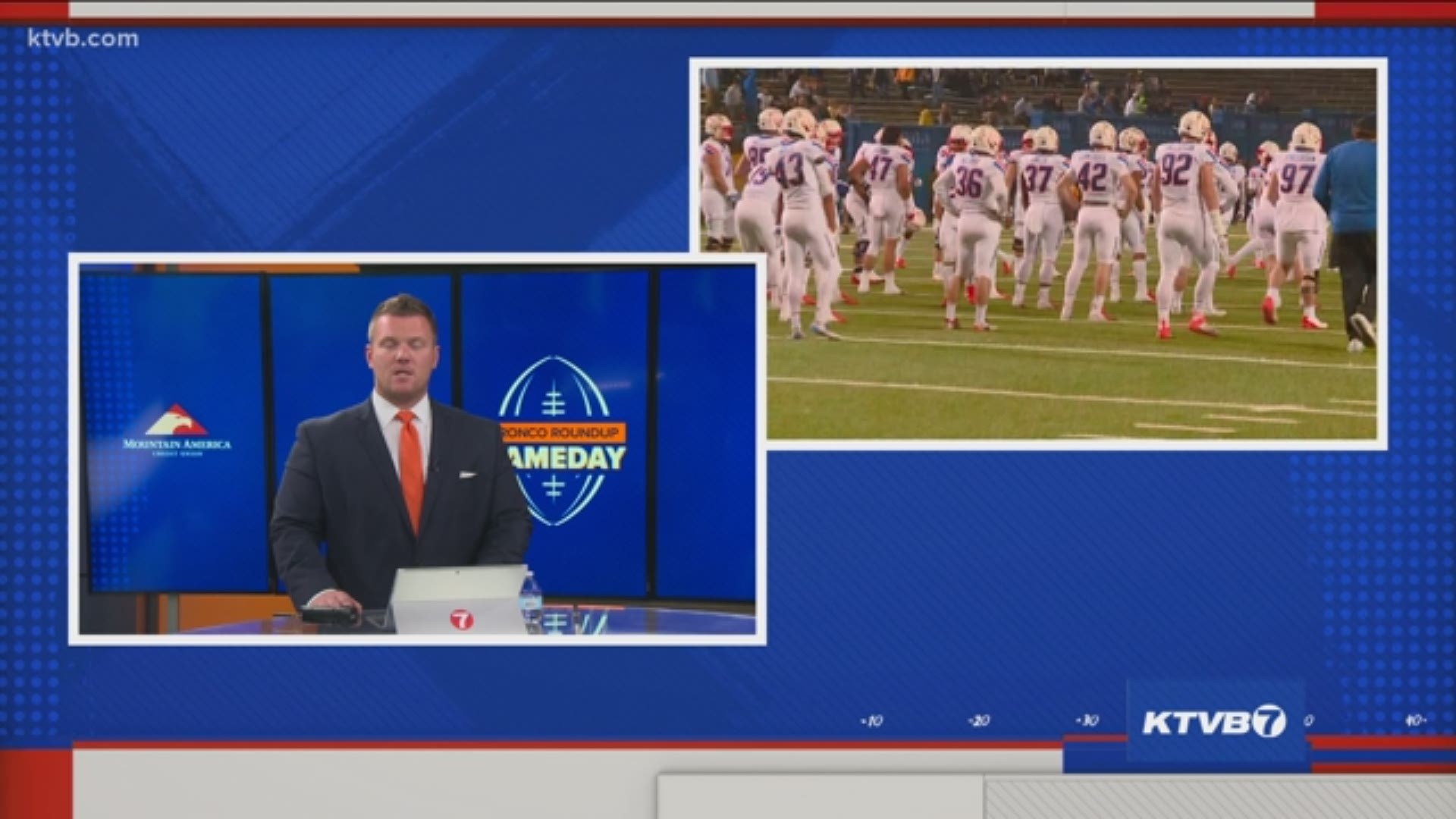 The Boise State football team will look to remain undefeated in conference play when it travels to California to take on the San Jose State Spartans on Saturday night.

The Broncos (6-1, 3-0 MWC) are coming off their first loss of the season - a 28-25 upset at BYU on Oct. 19 - and got a bye last week before they finish out the remaining conference schedule.

Now the only unbeaten Mountain West team in conference play, the Broncos remain in the driver's seat as they eye a third straight appearance in the Mountain West championship game. Ranked No. 21 in both the AP and Coaches polls, the team still has an outside chance of making a New Years Six bowl game, should they win out. But several other teams - namely SMU, Cincinnati and Appalachian State - will likely have to lose to give the Broncos a shot at the Cotton Bowl.

As the Broncos hit the road for the second straight game, the biggest question has to do with the status of quarterback Hank Bachmeier, who suffered an apparent hip injury against Hawai'i on Oct. 12. The freshman signal-caller suited up for the BYU game, but did not play. Backup QB Chase Cord was 18 of 30 for 185 yards, two touchdowns and two interceptions in the loss.

At his weekly press conference, coach Bryan Harsin said that the team used the bye week to "get back to some fundamentals and some good football work... go back and look at the schemes, break everything down, look at the season, and what we learned moving forward.

"We didn't sulk," Harsin added. "We didn't sit there and pout about [the loss]. We just used [the bye week] to our advantage, and tried to look at all the things we have to improve on and get better."

Meanwhile, a much-improved Spartans team is looking for its first-ever victory over the Broncos, a result that would help significantly in their quest to become bowl eligible for the first time in four years.

San Jose State (4-4, 1-3 MWC) halted a two-game losing streak by beating Army 34-29 at West Point last Saturday. Despite having to travel to the opposite end of the country for an early kickoff, the Spartans put together a complete game on both sides of the ball.

The defense swarmed the Army quarterbacks, notching six tackles for loss, five of them sacks. While they didn't get any picks against the Black Knights, San Jose State is currently ranked second in the nation with 13 interceptions this season.

On offense, Spartans quarterback Josh Love put together one of his best performances of year, throwing for 314 yards and three touchdowns. Love, who did not throw an interception in the game, completed passes to eight different receivers. His 2,355 passing yards so far this season are 8th best in the country.

When they couldn't get in the end zone, the Spartans put the ball through the uprights. Kicker Matt Mercurio tied a school record, making four field goals in the game, and earning him Mountain West Special Teams Player of the Week honors.

The win was the Spartans' second road victory of the season. They won 31-24 at Arkansas last month.

Harsin said he's been impressed by what he's seen from San Jose State so far this year.

"I see a team that's playing well on the road, they've won some big games," Harsin said. "I think the turnovers, the quarterback play and other things they've been doing, it's shown up throughout the season. So, that's the challenge."

For his part, Spartans coach Brent Brennan said at his press conference that his team will face a big challenge from the Broncos on both sides of the ball.

"We're expecting to get Boise's best, which is, we're facing a top 20 team and we're facing the team in our conference that's won more games than anybody else."

KTVB's Bronco Roundup Game Day show will be live from CEFCU Stadium before the game from 7 to 8 p.m. on KTVB, KTVB.COM, and in the Bronco Roundup app.

Join Jay Tust and Will Hall for a look at all of the major storylines surrounding this matchup.

The Broncos dropped in the rankings following their loss to BYU, but they still have an outside shot at making a New Years Six bowl at the end of the season. Currently ranked No. 21 in both the AP and Coaches polls, they'll need some help from the teams in front of them if they hope to earn a bid to the Cotton Bowl.

"Boise State is now fourth in line in both polls in the Group of 5 race.  The idle Broncos moved up to No. 21 in the AP Poll Sunday and stayed in that spot in the Coaches Poll.  But undefeated Appalachian State, coached (as you know) by former Broncos offensive coordinator Eli Drinkwitz leapfrogged Boise State to No. 20 in the Coaches Poll.  The Mountaineers were already ahead of the Broncos in AP.  SMU is still the leader, ranked Nos. 15 and 14 in the two polls, respectively, and Cincinnati is 17 and 18.  Memphis is right behind the Broncos at Nos. 24 and 23.  And as I mentioned, San Diego State, now 6-1, debuted Sunday at No. 25 in the AP Poll."

Boise State leads the series 13-0. Over the years, only a few of the games between these two teams have been close. Since the Broncos moved up to the FBS in 1996, they have beaten the Spartans by an average score of 46-18, with the most lopsided win coming in a 77-14 blowout on the Blue in 2003. The closest game between the teams was a 23-20 Broncos win in 2006.

This will be the first game between the Broncos and Spartans since a 45-31 BSU win at Albertsons Stadium in 2016.