The true freshman has really hit his stride in the last five games, rushing for 501 yards and six touchdowns. 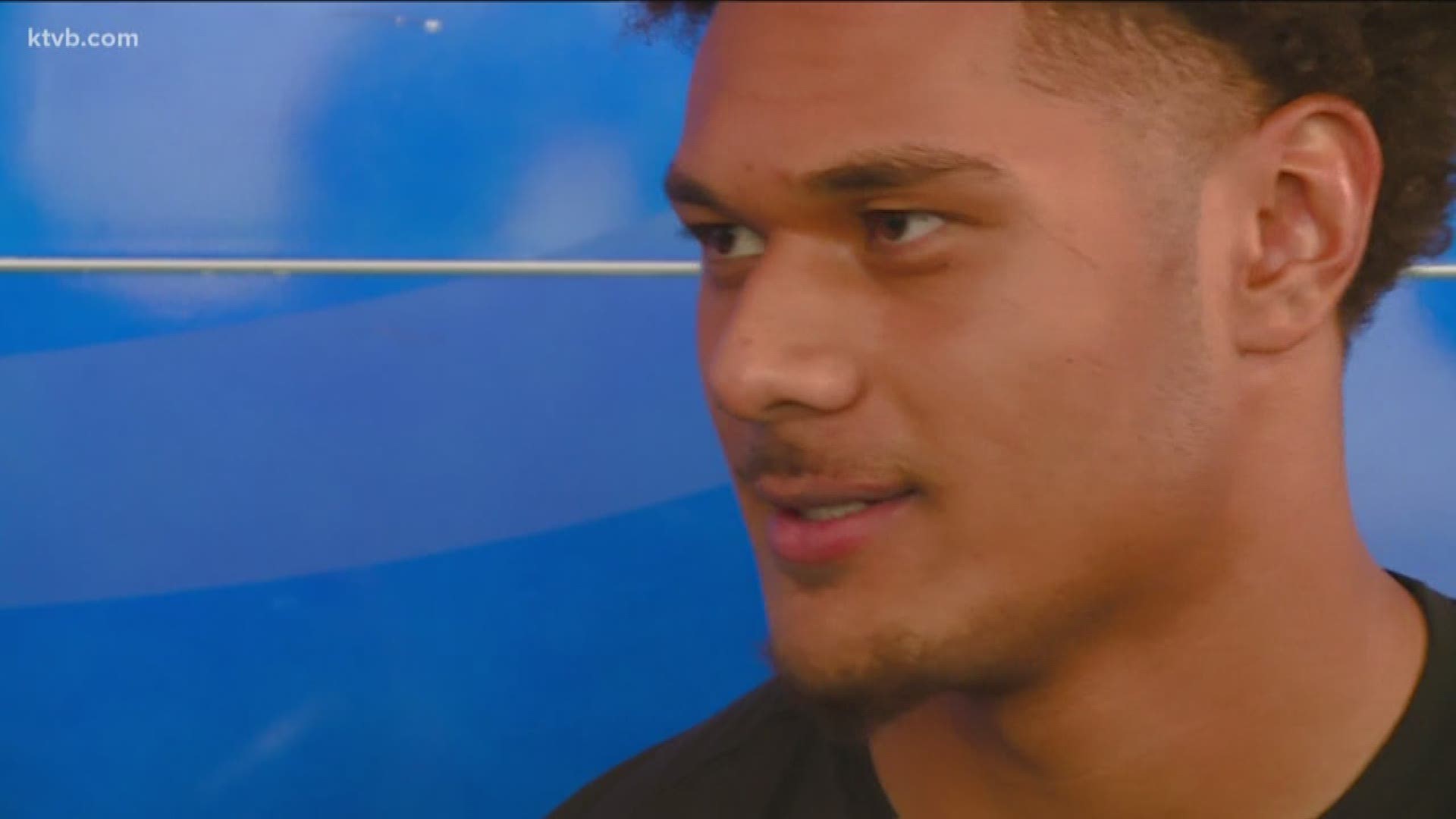 The true freshman talked about what he has learned from the other Bronco running backs and the importance of keeping Boise State's national-best streak of 1,000-yard rushers going.

Those rushers, along with guys like Jeremy Avery, D.J. Harper, Jeremy McNichols, and Alexander Mattison have given the Broncos 10 straight seasons of 1,000-yard rushers. It’s the longest current streak in the country.

RELATED: Catching up with Hank Bachmeier, our first chance to speak with the Boise State quarterback

After a monster performance against Utah State (178 yards on 16 carries), Holani is now within striking distance of the magic number. He needs just 130 yards over the next three games, an average of 44 yards per game.

Now the Broncos' feature back, he has really hit his stride in the last five games, rushing for 501 yards and six touchdowns.

He knows the rushing streak is a point of pride within the program.

"Coach is always emphasizing that practice performance equals game reality, so just going out there and practicing hard, it means a lot," Holani said. "A big opportunity this week going into this game and just trying to get that 1,000-yard mark and just hit it."