The Broncos are one of five Group of 5 teams in the rankings, which will determine who gets an automatic bid to a New Years Six bowl at the end of the season. 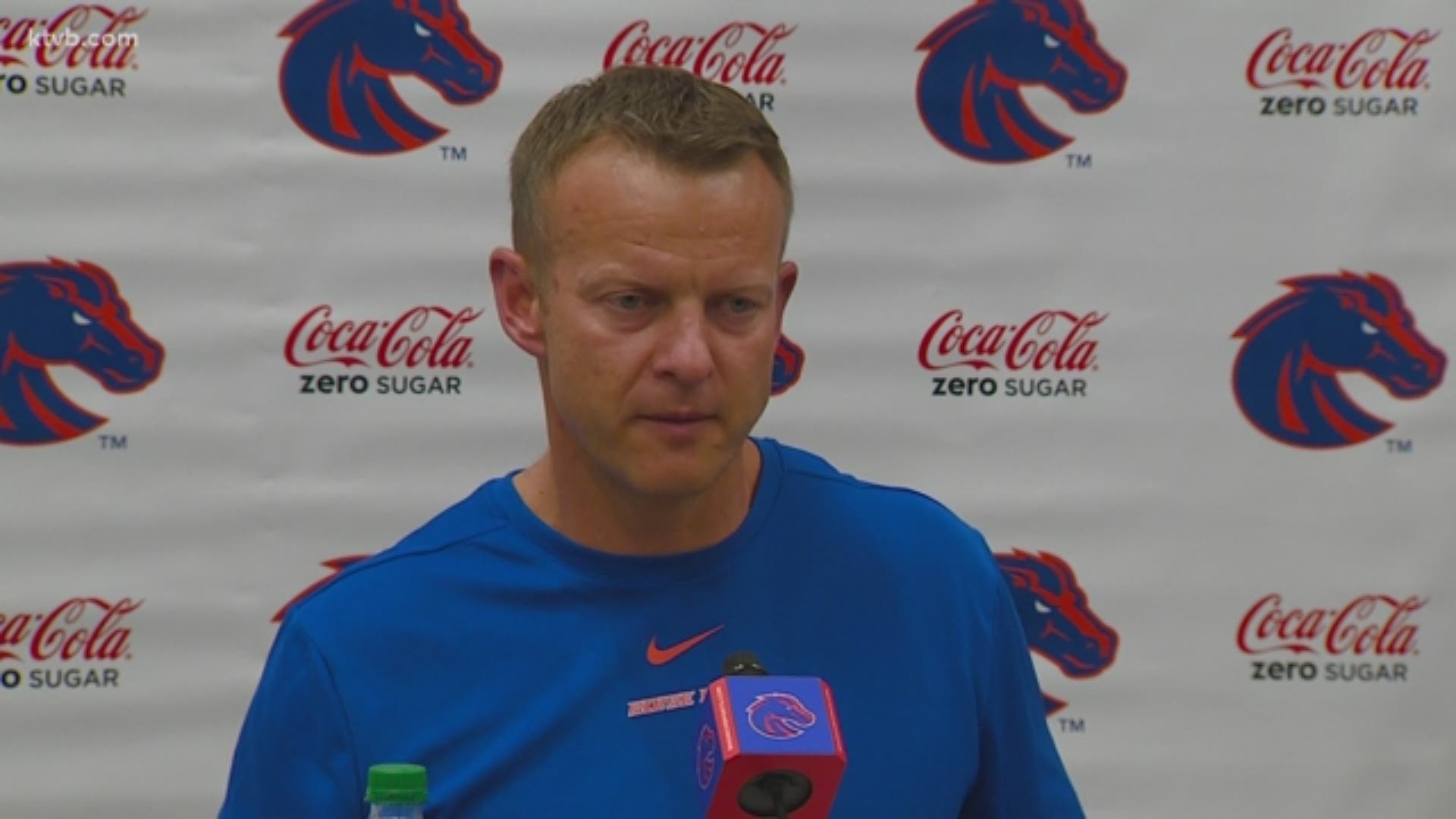 BOISE, Idaho — The Boise State football team checked in at No. 22 in the first College Football Playoff rankings of the season, released Tuesday night.

The CFP rankings, voted on by a committee and released weekly each year beginning in November, determines which teams will be selected for the four-team playoff. If the playoff were to start this week, it would include Ohio State (No. 1), LSU (No. 2), Alabama (No. 3) and Penn State (No. 4). Clemson rounds out the top five.

More importantly to Group of Five teams like Boise State, the rankings also help determine which teams will get invites to the New Years Six bowls. The top-ranked Group of Five conference champion at the end of the season will get an automatic bid to the Cotton Bowl in Arlington, Texas on Dec. 28.

RELATED: Catching up with Hank Bachmeier, our first chance to speak with the Boise State quarterback

If the Broncos hope to reach that big-money game they'll need to win out the rest of the season, and will need some help - in the form of losses - from a pair of teams directly in front of them.

Fellow Group of Five teams Cincinnati and Memphis are ranked Nos. 20 and 21, respectively. Navy and SMU are ranked behind the Broncos at Nos. 24 and 25, respectively. All four of those teams are members of the American Athletic Conference.

The Broncos are currently ranked No. 21 in both the AP Top 25 and the Amway Coaches Poll.