"I think we had a record-setting crowd last time we played Hawaii so if we can get that again, it certainly helped us," coach Bryan Harsin said. 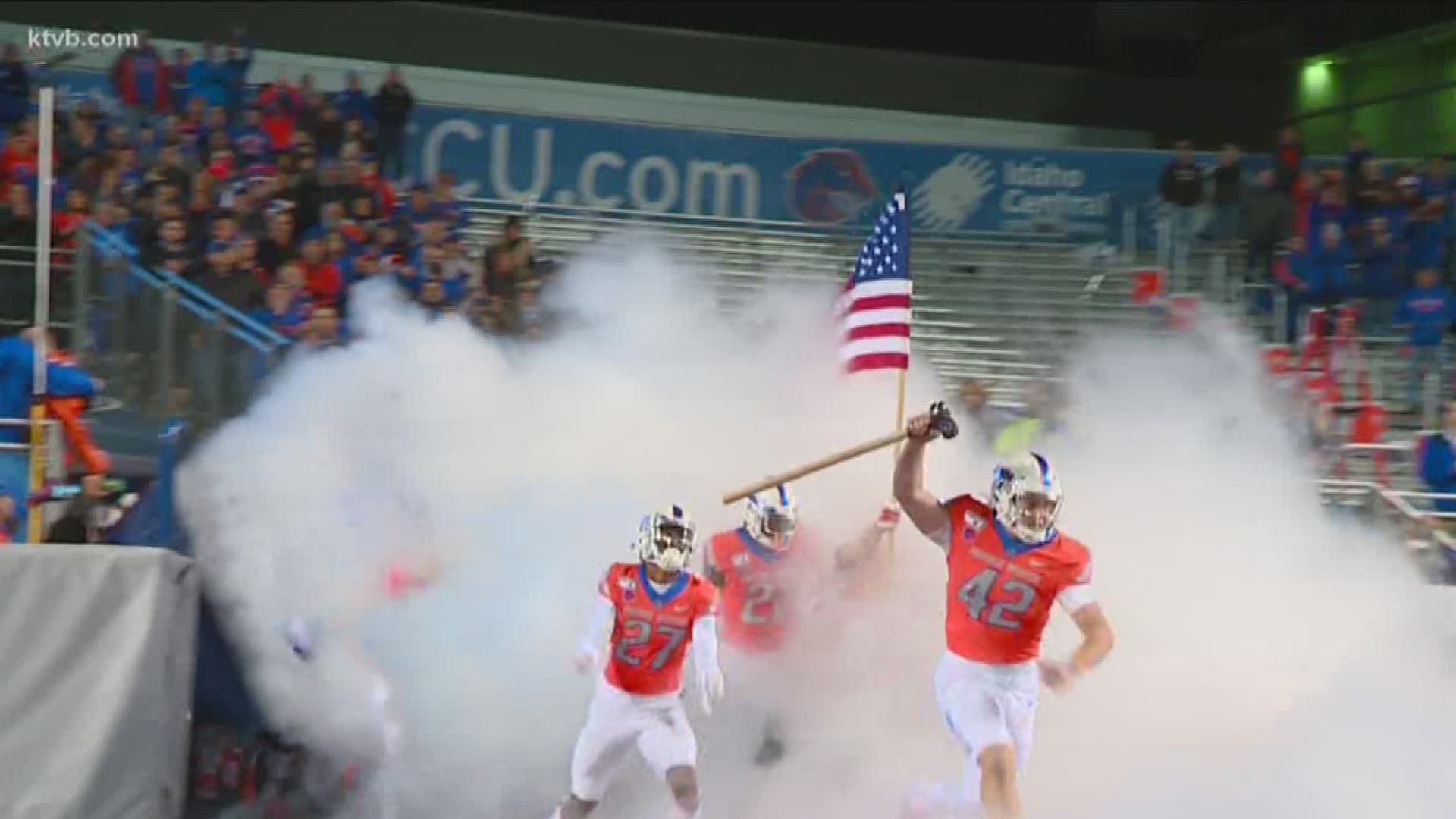 BOISE, Idaho — The Mountain West championship game is just three days away and Bronco Nation is preparing to take on Hawaii for the second time this season.

Both the university and local businesses are gearing up for the big game, and hoping it draws a large crowd of fans.

Several local businesses, like Barbacoa, are prepping for the weekend crowd which they expect to be larger than normal due to the championship game.

Barbacoa general manager Nikolai Castoro said they always see a big influx of customers before Boise State football games. He doesn't expect this Saturday to be any different.

Though they're not entirely sure what to expect when it comes to customer numbers, they will have plenty of staff on hand and expect to stay busy.

“Anytime it’s a really big game or close rivals with people coming in we do see a big influx for the whole weekend, not just game day but Friday, Saturday and Sunday,” he said.

So far, this season Boise State has had solid attendance at its home football games. They've seen a Mountain West-best average of 33,488 fans per game.

However, when it comes to title games like the Mountain West Championship, Boise State has a much more grim record.

It's worth noting that in each of those games, Boise State's opponent was a team that the Broncos had played earlier in the season. That's also the case this year with Hawai'i, who the Broncos beat on Oct. 12.

“You go back, I don’t think we’ve hit over 30,000 in a championship game and the whole point of every single team every year is to play in a championship right? And to go out there and be a part of that," he said. "I just think, as a fan, you’ve worked extremely hard to help this football team win the games at home that we’ve won and get where we are. Why not finish it?”

When Boise State beat Hawaii 59-37 back in October, the game set an attendance record with 36,902 fans.

“We’d like to have our best performance, we’d like to have a crowd," he said. "I think we had a record-setting crowd last time we played Hawaii so if we can get that again, it certainly helped us.”

Boise State athletic director Curt Apsey echoed Harsin's call. He urged fans to come watch the game, not only to cheer on the Broncos for the championship but to show their support for all the team has accomplished this season.

"Our team needs to remain focused and we’ve already shown what this team can do this year in this place when it’s full and I just hope our fans come out and not only root us on but celebrate a really successful season," he said.