Some Boise businesses gear up for Boise State's season opener: 'We can maybe see a teeny, tiny light at the end of the tunnel'

Saturday's game will be one of the first major events for businesses to capitalize on since the pandemic began. 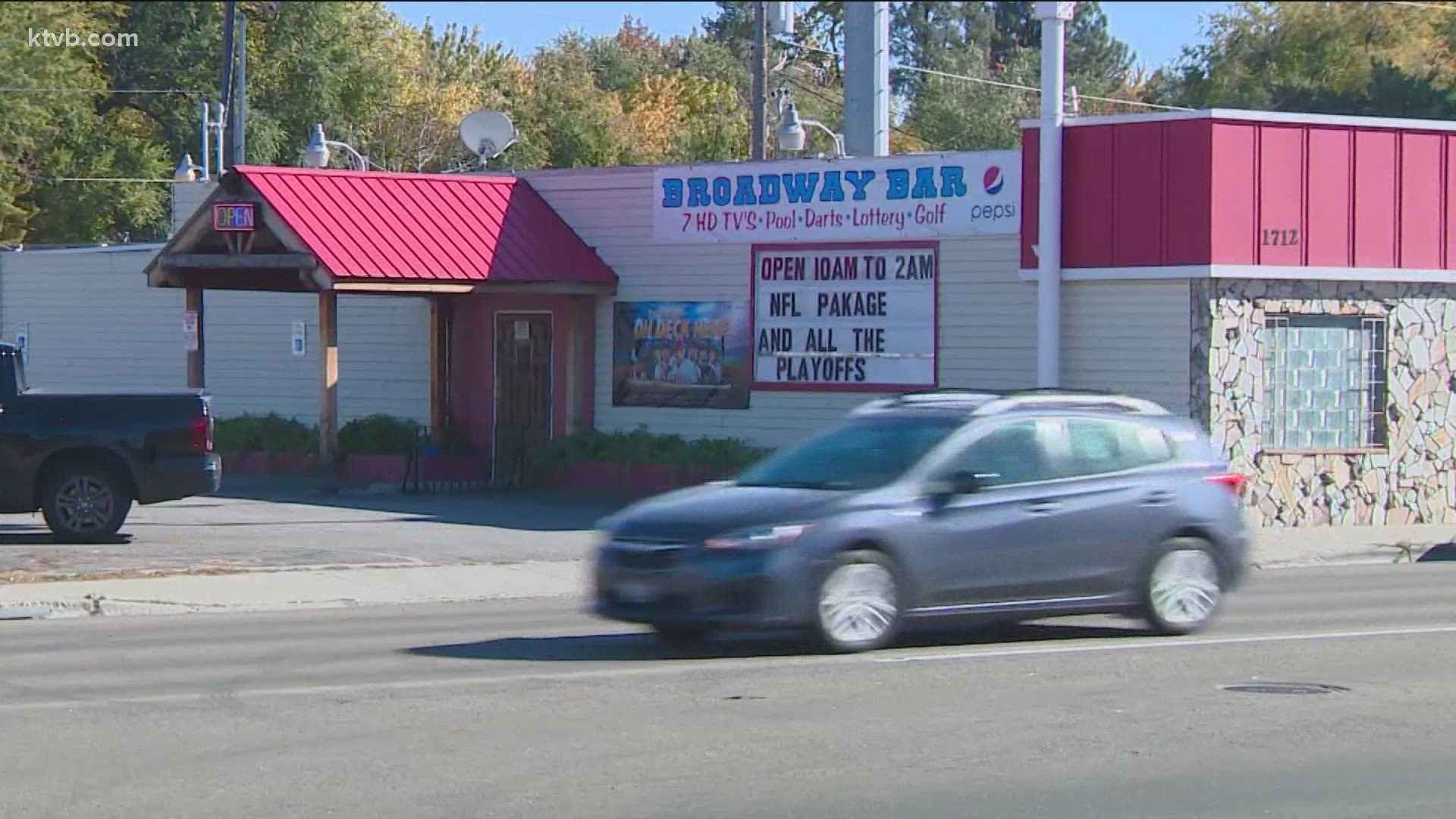 BOISE, Idaho — On Saturday, the Boise State Broncos will take on the Utah State Aggies. While fans won't be able to watch the game from the stands, or while tailgating on campus. But they will be able to catch the action at businesses a hail marry throw's away from the stadium, like the Broadway Bar.

He told KTVB on Thursday he hopes Saturday’s game will kick off more than just excitement for fans.

“Hopefully with the onset of football and basketball if basketball happens, we’ll be ready to go and resume and build our business back,” Pejovich said.

He's also taking every safety measure he can, adding that his business is requiring masks, social distancing and there's no seating at the bar.

This is one of the few spots in the football world where getting a face mask isn't a personal foul but rather personal responsibility.

“We're on top of it, we know what's going on and we want to make sure that none of our customers or employees become infected,” Pejovich said.

Saturday's game will be one of the first major events for businesses to capitalize on since the pandemic began.

“It's the first time that we've been able to do anything that would've included a concert across the street or a home sporting event or something like that, so I think it's a wonderful thing for the people and a wonderful; thing for all of our team members,” said Boise's Ram Restaurant and Brewery regional leader Kevin Martinez.

He said the business separated the restaurant's booths with plexiglass in preparation for this year's football season.

“Hopefully it gives everyone a bit of a feeling of a little bit back to normalcy and that we're making noticeable improvements in what we're doing,” Martinez said.

Both businesses are now tackling what they can while hoping COVID-19 doesn't shut down their plans.

“We can maybe see a teeny, tiny light at the end of the tunnel,” Martinez said.

The Boise Ram is also not seating at the bar at this time.

Martinez told KTVB, they're expecting about 60-70% of the crowd they would usually have on a non-COVID-19 football game day. Depending on how busy they are, they will have to close off entry at some point to maintain safety standards.