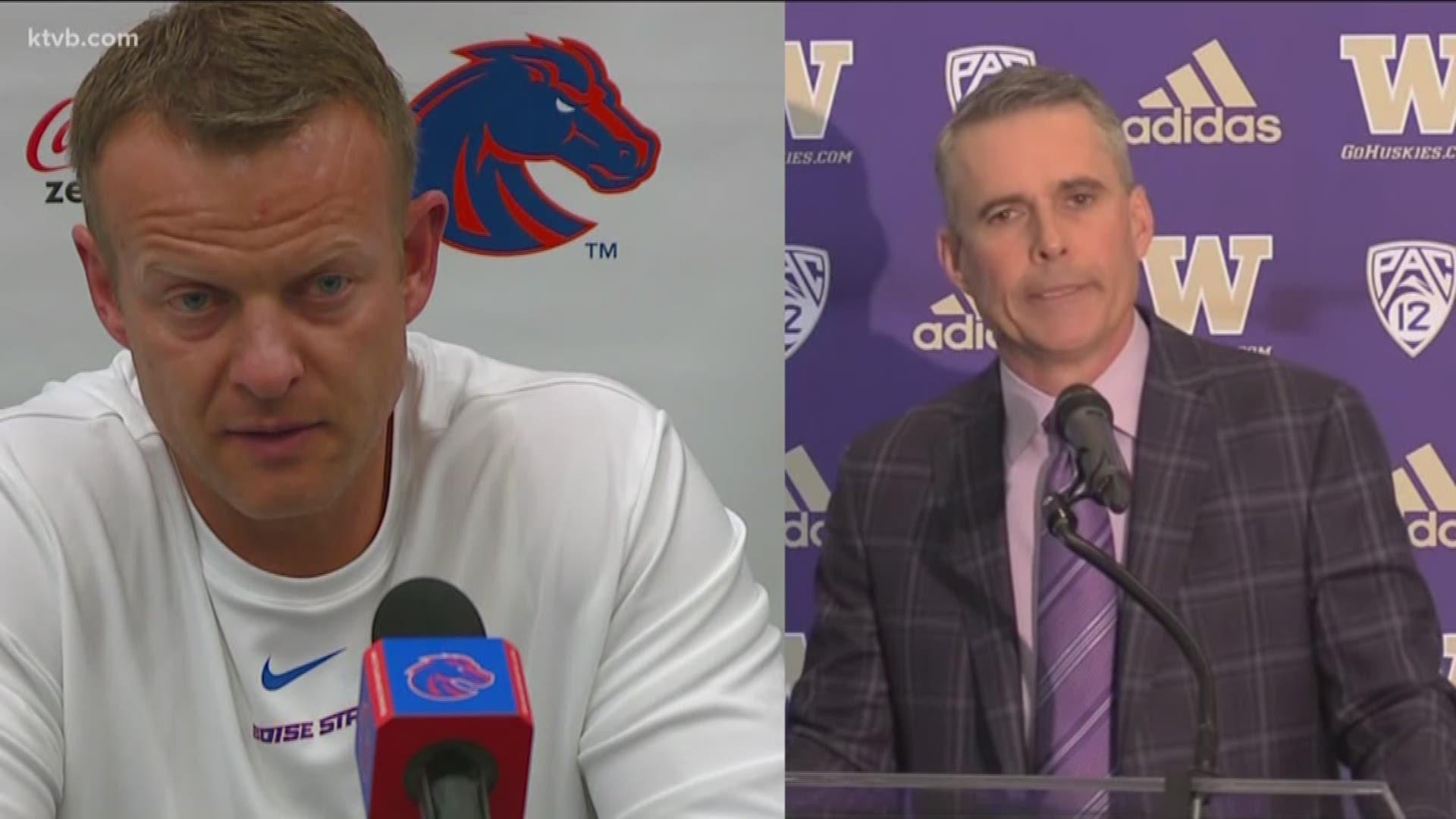 BOISE, Idaho — Boise State taking on the Washington Huskies in the Las Vegas Bowl has been a popular topic of discussion since the pick was announced Sunday afternoon.

Washington head coach Chris Petersen, known as "Coach Pete," is a former Boise State head coach who many credit with putting the Broncos on the map.

While some football fans don't mind the matchup, others are less than thrilled, given that Coach Pete is still very highly-regarded by Broncos fans.

Petersen recently announced he will be stepping down from coaching and the bowl game against the Broncos will be his last. So some fans feel it's bittersweet to have to play him in his final game, while others feel it's a fitting ending.

In a poll on Twitter Monday afternoon, KTVB viewers were asked whether they were happy with the bowl game pairing.

The consensus among callers was that a bowl game is just a bowl game, and what matters is not so much who the Broncos play, but how they play.

"Is this the first time that a coach has coached against their former employer? No. So then why is it a big deal? These coaches have all worked at multiple different schools,” said one caller named Jeff.

Many of the callers felt the Coach Pete era was old news and Boise State playing him and Washington was nothing new. The two teams faced off in 2015 and Boise State edged out the Huskies, 16-13. Callers said the upcoming rematch is a coincidence but not a novelty.

“If we had never played Washington with Coach Pete before, it would be more interesting," said another caller. "But we’ve already been there and done that.”

Dozens of fans also reached out to KTVB via social media and text to share their thoughts.

Some were fine with the bowl game, agreeing with callers that it shouldn't matter if Petersen's team is the opponent.

On the flip side, some felt the bowl game selection committee "got it all wrong" and the Broncos should have faced either a different team, or a different bowl game.

Still other fans suggested doing away with the bowl game format altogether and going with more of a playoff-style format.

While reaction from fans has been mixed, both Petersen and Harsin said they would prefer a different opponent.

“Personally speaking, there’s a lot of other teams that I’d probably rather be playing for this last time but it is what it is and it’s interesting how sometimes these things work out,” Petersen said.

Both coaches hope the players aren't overshadowed by all the talk surrounding the bowl game pick.

“There’s an obvious storyline in this game," Harsin said. "The most important thing we have to consider is not to overshadow the players that are going to play in the game. That’s what going to be a shame – if the story continues to be about not the game and the actual players that are playing in it.”