'I like playing under the lights': Boise State coach Bryan Harsin on why he likes late kickoffs, how he spends his game days

The Broncos play a lot of late games, often to the chagrin of many fans. But coach Bryan Harsin says he actually prefers the late kickoffs. 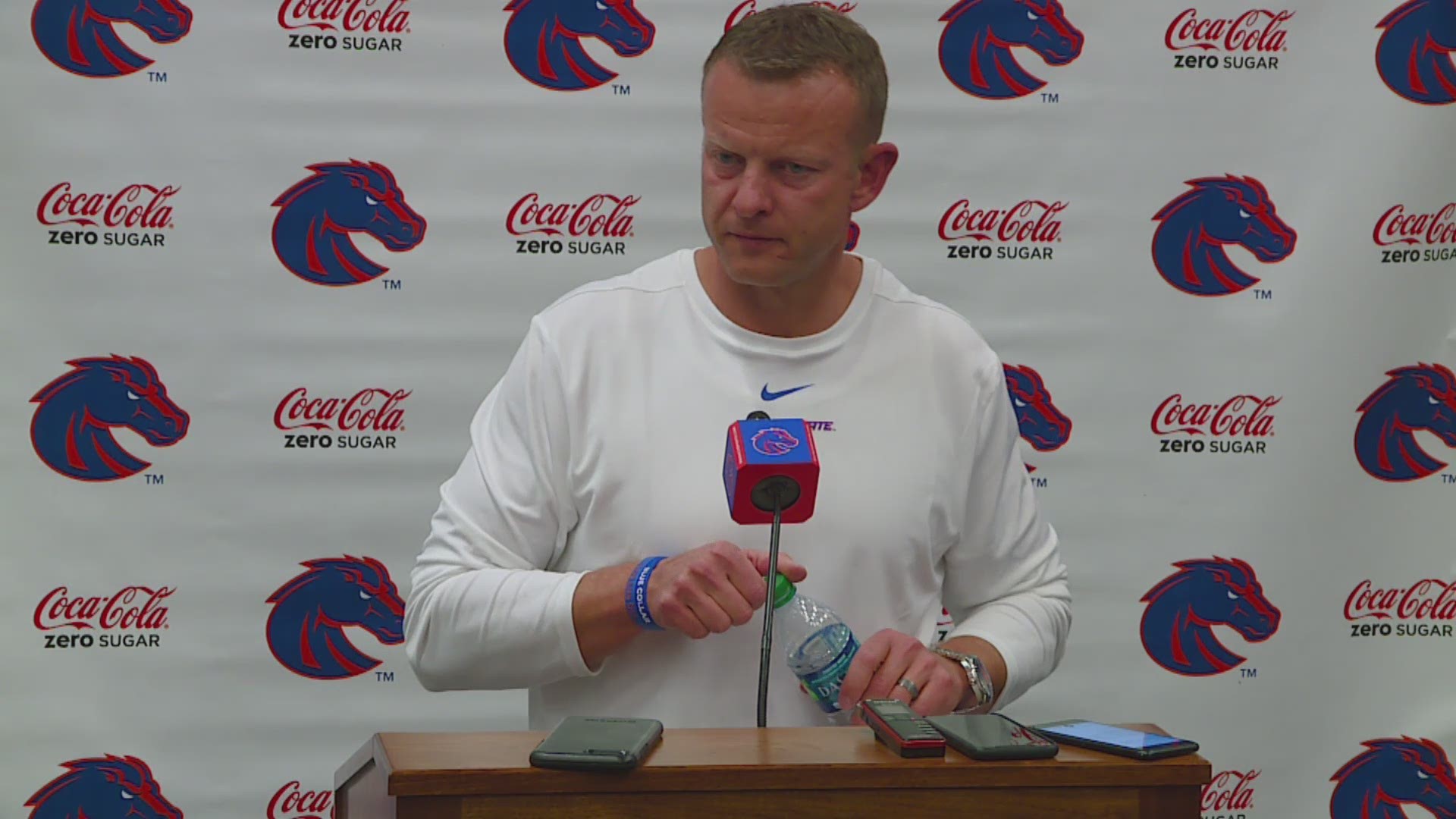 BOISE, Idaho — A lot has been said about the pros and cons of late college football kickoffs. Of course, Boise State fans are no strangers to games kicking off at 8:15 p.m. (or later).

In seven games so far this season, the Broncos have had four games kick off after 8 p.m., and could have four more, pending an announcement on the Nov. 16 game against New Mexico. That's potentially eight of the team's 12 regular season games kicking off late.

Those late games often don't end until nearly midnight, or 2 a.m. if you live on the East Coast.

RELATED: Why does Boise State football play so late?

Noting that it gives coaches and players an opportunity for some down-time during the day when they can spend time with friends or family, Harsin pointed out a few other reasons why he likes late starts.

"I like to watch college football, so I get a chance to watch a lot of the games [during the day]," he said. "And I like playing under the lights. That's always a fun way to go out there and play a Saturday night game."

He added that there's a huge upside to being one of the few teams playing at that time.

"We get all of the attention," he said. "That's important for recruiting. I know our recruits love that, they love just to watch us and not be interrupted with other teams."

Harsin also gave some insight into how he spends a typical game day.

"Wake up, have breakfast, do a walkthrough, players and coaches spend time with family, hang out," he began, before going into very specific detail about his game day schedule:

"I'll go get a workout in. After the workout I like to get in the shower, then I'll lay in bed and watch football. I'm gonna grab a book and read for about 20 minutes or so. And then it's about pre-game meal time so I'll go down there about 30 minutes early to make sure everything's set up, and then grab a cup of coffee. We'll have pre-game, pick the prayer guy, [do a] clap session, and then we'll watch the highlight video, and get on the bus. Hopefully we get an escort, so it doesn't take a long time [to get to the stadium]. And then we're at the game.

"So Saturdays, to me, I actually enjoy those days, to be honest with you," he added. "There's a lot of time where you just get a chance to catch up. We don't get to do that very often during the week."

RELATED: Mountain West football: To stream or not to stream