The health department gave the green light for a plan that would allow about 1,100 fans into the stadium for Friday night's game. 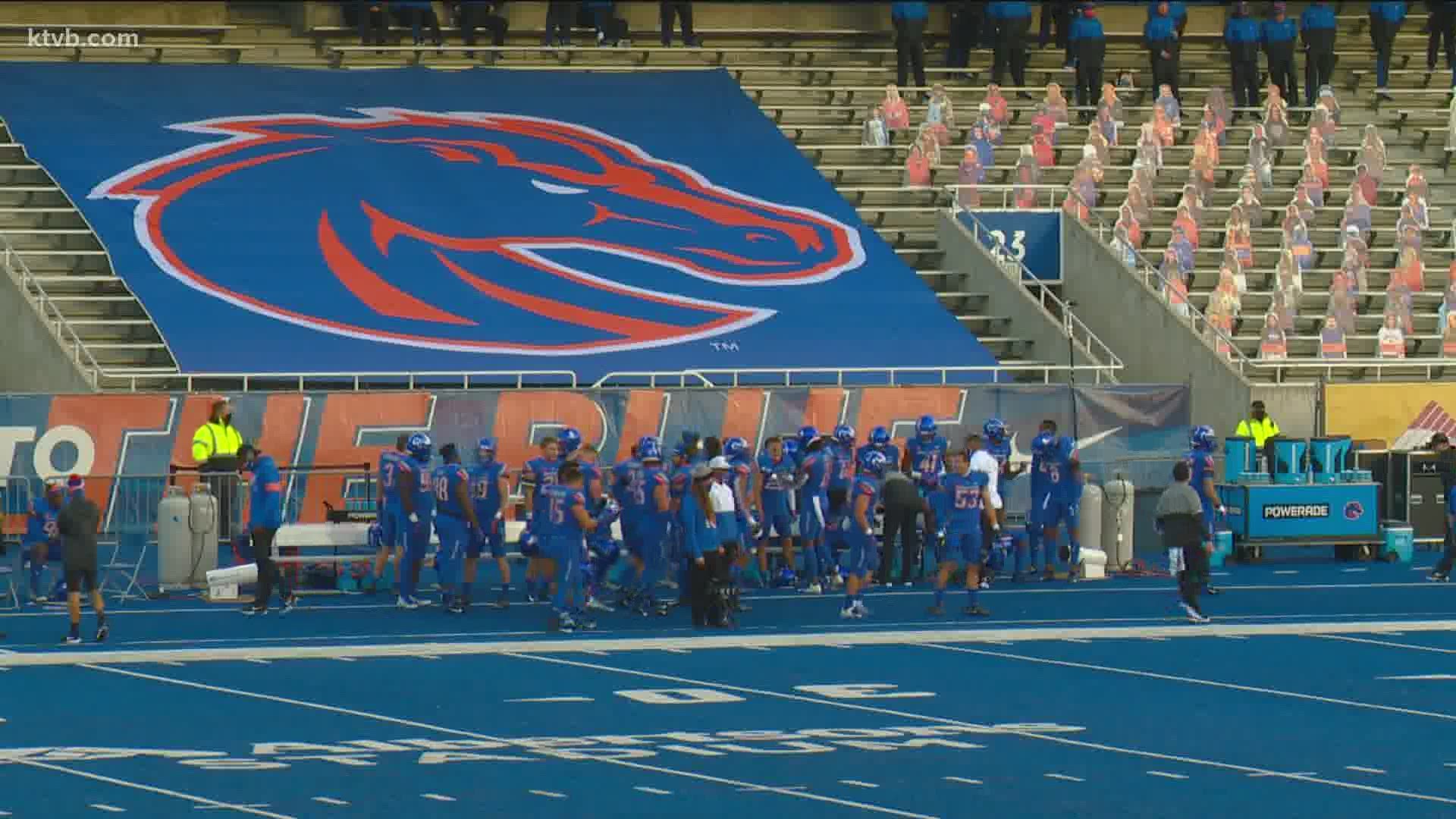 BOISE, Idaho — Central District Health has approved a petition from Boise State that will allow a limited number of fans into Albertsons Stadium for Friday night's game against BYU.

The university on Tuesday afternoon announced that it had petitioned Central District Health, the health department which oversees Ada County, to approve a plan that would allow immediate family members of football players, students, band members and cheerleaders into the stadium for the game.

According to BSU athletic department spokesperson Joe Nickell, the plan would allow 1,100 fans inside the 37,000 seat Albertsons Stadium after each of them tests negative for COVID-19 within 72 hours prior to kickoff.

Fans in attendance would also be required to wear masks and to be physically distanced while in the stadium.

During its meeting Wednesday night, the health district unanimously approved the petition and gave CDH Director Russ Duke the discretion to decide whether fans will be allowed in the stands for the team's two home games later this month. The Broncos are set to play Colorado State on Nov. 12 and San Jose State on Nov. 28.

Duke noted that his team has worked closely with Boise State to put protocols in place in an effort to keep everyone safe inside the stadium.

"They've done an outstanding job putting a plan together," he said.

Boise State is working to install plexiglass dividers in restrooms and in front of concession stands and will have at least 35 security staff available to ensure that the rules are followed, officials said.

Members of the Broncos football team can request two tickets for family members, or three if they are married. Only parents, siblings, grandparents and spouses are able to use those guest tickets.

People attending the game must present a negative PCR test that was conducted within 72 hours before the game to get in. Family members can take a $45 PCR test that is available on campus. The university will cover the cost for students.

The plan would also allow the university's band and spirit squad, as well as some students - chosen by a lottery -  to attend the game.

Alisha Estey, Boise State's chief compliance officer, told members of the CDH board that, because most of the attendees will be students, it behooves the university to test them for COVID-19 anyway.

UPDATE: The parents of #BoiseState football players were informed today that there’s a possibility that they can attend the #BYU game on Friday, according to a source.

• Each player can sign up for two tickets. (If they’re married they can get three.)

The petition by Boise State was approved by the board following a presentation from a CDH staff member that showed there is widespread community transmission of the virus in Ada County.