Jack Sears is eligible to play immediately and will have two years of eligibility with the Broncos. 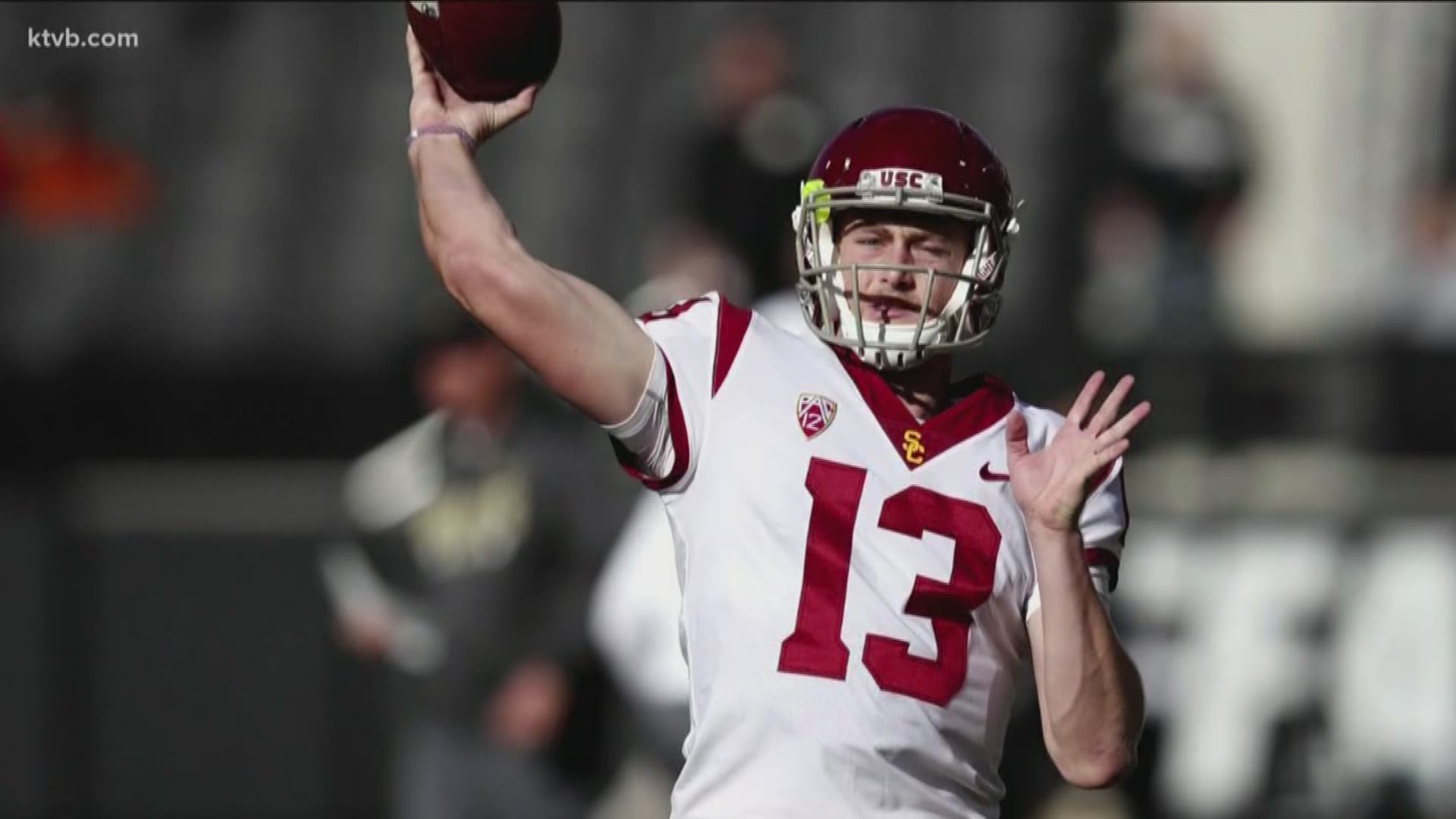 BOISE, Idaho — The Boise State football team is welcoming a new addition to the quarterback roster.

Because he's a graduate transfer, Sears is immediately eligible to play and has two years of eligibility remaining.

The San Clemente High School (California) product is a former top-105 recruit nationally and was ranked the 4th-best pro-style quarterback in the 2017 recruiting class.

He made one career start at USC back in 2018, filling in for injured starting QB J.T. Daniels. Sears completed 20 of 28 passes, throwing for 235 yards and two touchdowns in the 38-35 loss to Arizona State.

Sears didn’t appear in a game for the Trojans last season, electing to enter his name into the transfer portal. He originally committed to San Diego State back in December, before the Aztecs made a coaching change.

The 6-foot-3, 205 pounder joins an experienced and talented Boise State quarterback room for this fall.

Returning starter Hank Bachmeier is set to take another step as a sophomore after a very promising true freshman season in which he started eight games, throwing for 1,879 yards and nine touchdowns.

The Broncos also added a JUCO transfer running back to the roster. You can see Will's interview with Taequan Tyler in the video above.