The two are currently rivals but will join together to compete for the Broncos this fall. 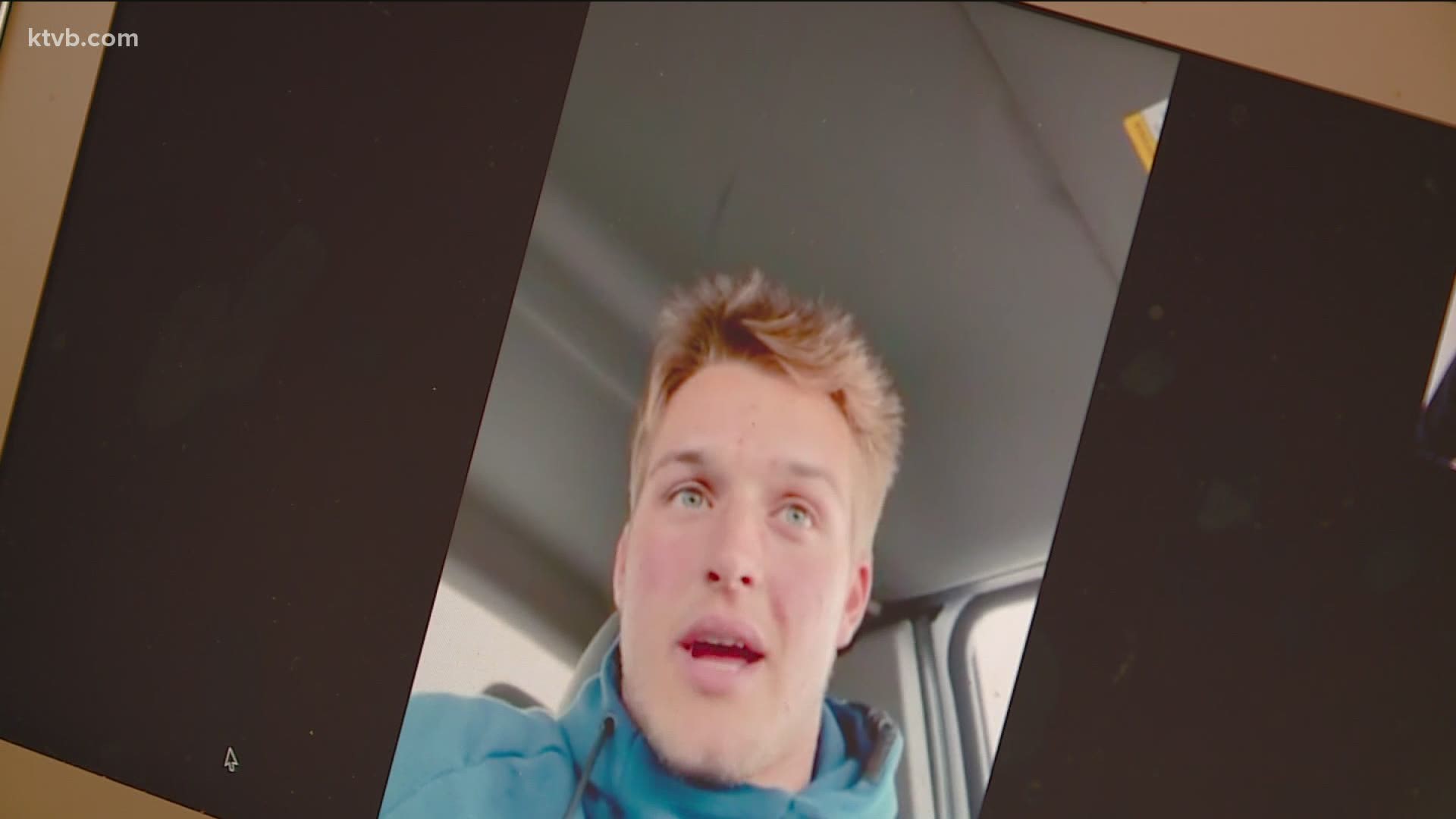 Jordan Erickson, who played wide receiver at Rocky Mountain, and Ben Ford, who played quarterback at Eagle, had several offers from big-name programs but chose to stay home.

“Honestly, that’s always been my dream, even with playing optimist, playing in fourth grade in the jamboree, and being able to play on the blue turf, that's just kind of been the dream," Erickson said. "Always grown up wanting to do it and now the time has come to be able to do it, so I'm happy about it."

Erickson earned first-team all-Idaho honors this fall, helping lead the Grizzlies to the 5A state title. A weapon as a running back and receiver, he finished this fall with 1,365 all-purpose yards and 18 total touchdowns.

Having the opportunity to play close to home and to be a part of a program he admired growing up was a huge part of his decision to play at Boise State.

"That's kind of the big thing when I was deciding where I wanted to go," Erickson said. "The location was huge and I love it here, so it means a lot to me."

He will join several other former Rocky Mountain standouts who played for the Broncos, including Kekoa Nawahine.

"That's a big one, seeing him come from Rocky Mountain and seeing him do what he did, that was pretty awesome," Erickson said of Nawahine.

A huge congrats to #RockyMountain senior @jerickson01 for his commitment to #BoiseState!

“Honestly, that’s always been my dream."

Erickson will join the program as a preferred walk-on, a title that makes him hungry for more success.

"It's almost better for me as a walk-on," he said. "It will make me work harder and I'm excited about it."

Though they played for rival teams in high school, their friendship blossomed, both in-season and in the offseason, at a local gym for high school and college athletes.

"We've always worked out together at OffTheField and we get along pretty well, too," Erickson said. "I love him, I like to be around him and I can't wait to play with him the next four years."

Said Ford, "I see Jordan every day at OffTheField and we talk about 'what are you doing? What are you hearing?' None of us have known until today and it's just super cool, I'm going to be excited to be his teammate, for sure."

Ford earned the Idaho High School Player of the Year honors this past fall. He averaged 11.5 yards per carry while racking up over 2,000 total yards and 26 touchdowns in leading the Mustangs back to the 5A state playoffs.

"It's such a dream come true, you know it's crazy to think about the fact that I was a young kid watching them and now it's going to be me up there playing on TV and playing on the blue turf and being at practice every day with the team and the guys, so I'm just very, very excited about it," Ford said.

"At that point, I was still trying to decide about baseball and all of that," he said. "Obviously, that was a great opportunity, I knew that and I was trying to weigh the options."

Ford had originally committed to play baseball at the University of Washington but decommitted last summer to open up his football recruiting.

"[Football is] just something that I've done for so long and baseball became a big part of my life, too," he said. "But it's just always been football for me and when I got this opportunity, I couldn't see why I should pass it up."

Both Ford and Erickson said new head coach Andy Avalos, who rejoined the program in January as head coach, had a lot to do with their decision.

"Before the coaching switch, I had never spoken to [then-head coach Bryan] Harsin one time... and I just didn't think that would ever happen with BSU," Ford said. "I know Matt Miller was over there pushing for me and trying to get him to talk to me and [Avalos] reached out within a couple of days of him getting hired and it just showed a lot of what he cares about the program and how he goes about his business and I really like the guy for sure."

"That new energy coming in, especially with all the other coaches coming in too, it's exciting to be able to be apart of that and they got a lot of energy, so I love that," Erickson added.

If you want to learn a little more about @ford14_ben’s journey, check this out…

After tearing his ACL in the fall of ‘19, he smashed every timeline he was given on his road to recovery.

He then went on to win Idaho Player of the Year honors in ‘20.

Both plan to sign their National Letters of Intent (NLI) on Wednesday during National Signing Day.