Avalos will make a base salary of $1.4 million his first year. Beginning in year two, he will receive an annual raise of $75,000. 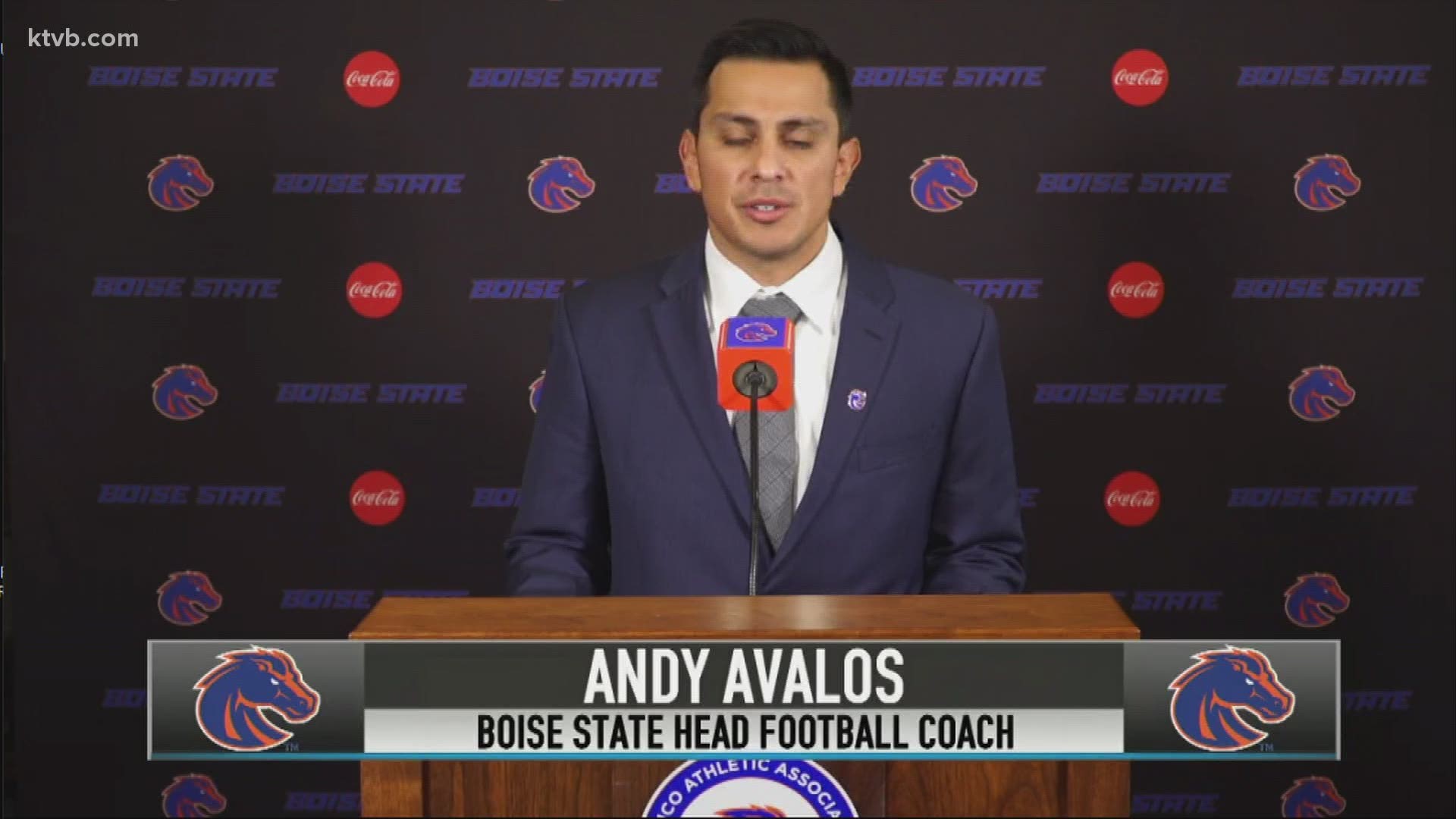 BOISE, Idaho — New Boise State head football coach Andy Avalos signed a term sheet that's worth at least $7.75 million over the next five years to return to his alma mater.

Avalos will make a base salary of $1.4 million in year one. Beginning in year two, he will receive an annual raise of $75,000.

The first-year head coach will also have performance-based incentives in his contract. While those specifics haven't been released, the term sheet says they will not exceed $200,000 annually.

Avalos will also have deferred compensation written into his contract, money that is not factored into the $7.75 million in base pay. He will receive $100,000 in deferred compensation annually through a Boise State approved plan. It will vest on March 31, 2024. Avalos still has to be at the university in order to get it.

In addition, Boise State will provide Avalos with a vehicle, moving expenses, and complimentary tickets to other Bronco athletic sporting events. The university will also cover the costs for spouse travel to all away games and family travel to postseason bowl games.

Boise State will provide Avalos with an annual budget of $2.1 million for his 10 on-field assistant coaches. Something unique to his contract is a guarantee that figure will go up. Beginning in year two, the salary pool will increase by $50,000.

In 2020, the assistant salary pool at Boise State was $1.94 million. Mandated furloughs due to COVID-19 affected that number, making it appear lower than what it was supposed to be.

In addition, Avalos will also get a $631,000 annual budget for support staff. That includes a strength and conditioning coach, football chief of staff, operations managers, and more. That budget allotment will increase $30,000 annually, starting in year two.

When Chris Petersen left for the University of Washington in 2013, the Huskies were only required to pay a $750,000 buyout. When Bryan Harsin breached his contract to leave for Auburn, it only required the Tigers to pay $250,000 to Boise State.

Also, Avalos cannot interview, negotiate, or accept employment in any college or NFL coaching position with prior consent from Boise State director of athletics Jeramiah Dickey.

This agreement still needs final approval from the Idaho State Board of Education.