Mountain View alumnus Damen Thacker, who is on the Idaho men's basketball team, spoke with KTVB about how having Election Day off helps get athletes out to vote. 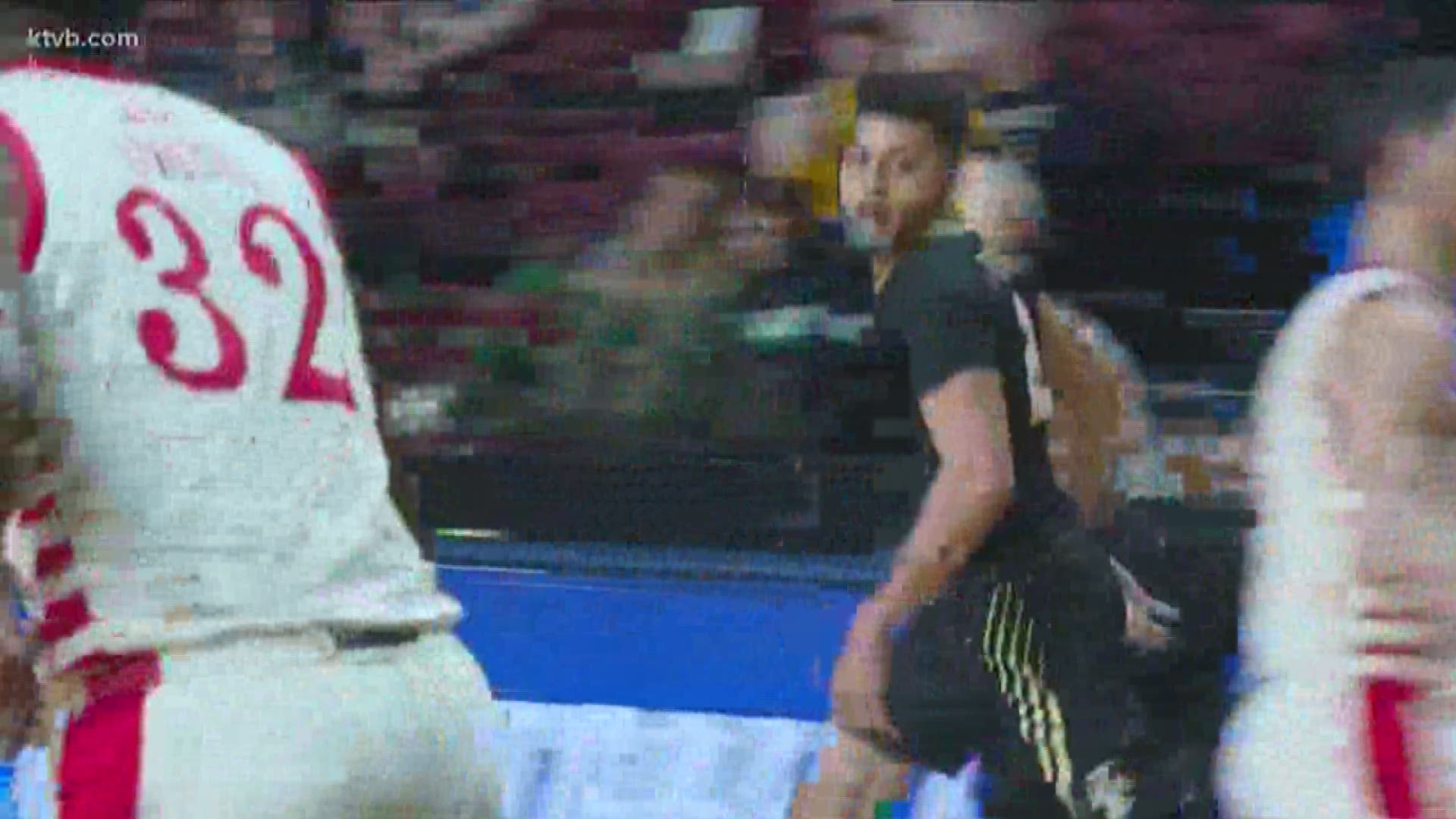 BOISE, Idaho — One week after the NCAA suggested that schools across the country provide time for their student-athletes to vote on Election Day 2020, the Big Sky Conference became one of the first league to make sure it happens.

The Big Sky will provide all teams with a day off from required athletic activities on Nov. 3, 2020, when the U.S. Presidential and other elections will be held. The league's Student-Athletic Advisory Committee (SAAC) recommended the initiative, and the move was unanimously approved by Big Sky athletic directors.

"Big Sky student-athletes across all of our schools and sports are engaged and thoughtful citizens who are sincerely interested in making a meaningful difference, especially in today’s world," said Big Sky Commissioner Tom Wistrcill. "Suspending athletic activities on Election Day is a concept our Presidents and athletic directors very likely would have suggested anyway, but the fact that our SAAC proposed this initiative makes it even more meaningful to everyone who it will impact."

There are a number of former local high school standouts that are now playing in the Big Sky Conference, including Mountain View alumnus Damen Thacker, who is a senior-to-be on the Idaho men's basketball team.

Thacker appeared in 31 games and logged 23 starts in his first season with the Vandals last year. He averaged 6.0 points, 2.5 rebounds, and 1.2 assists.

Recently, KTVB Sports Director Jay Tust caught up with Thacker to get his take on the big move from the Big Sky.

Jay Tust: What does it mean to you to play for a school in the conference that is making sure you guys have time to [vote] this year?

Tust: Have you ever voted before? And will you vote this election?

Thacker: So I haven't voted. In 2016, I was at Southern Virginia University playing basketball there. I got my ballot late so I didn't end up voting in the first election that I was able to since I turned 18. But I plan on voting this year, and thanks to the Big Sky, we've got a day to go do that.

Tust: Do athletes really need to make sure that they have that time reserved for them? I mean your schedule, especially as a basketball player that time of year, is probably pretty jam-packed.

Thacker: It definitely helps. I think with our busy schedules, it makes it hard. I know it's hard to even have a social life, especially during the season. So I think it's huge, that, you know, we are given the day to go out and do that.

MORE: Boise State's Derrick Alston speaks out on Black Lives Matter and voting: 'I have to stand up for what is right'

Tust: There are so many talking points and things to cover right now that are going on in our world, how is the Vandal men's basketball team going about this in a time where you can't necessarily all be together in person?

Thacker: We have weekly Zoom meetings as the team. They give us the floor to speak our minds and express how we're feeling. I feel like our coaching staff and our program, especially, has been really transparent in showing their support. So, I think our programs doing really well in terms of being inclusive and just letting everyone speak their mind.

Tust: Do you feel like you've grown as a team through these Zoom meetings?

Thacker: Definitely. I feel like everyone's grown and everyone's gotten more comfortable. We have a lot of new guys coming in. So, it's been nice to be able to gain some camaraderie before the season on such a serious topic. It's definitely more than basketball. When you're getting recruited you don't want to go to a place that's just focused on basketball and when you're not on the court, then no one wants anything to do with you. When you're getting recruited, especially at Idaho, you're family on the court, off the court, on campus, and off-campus. We have a good atmosphere at the University of Idaho. I'm really happy to be part of it.