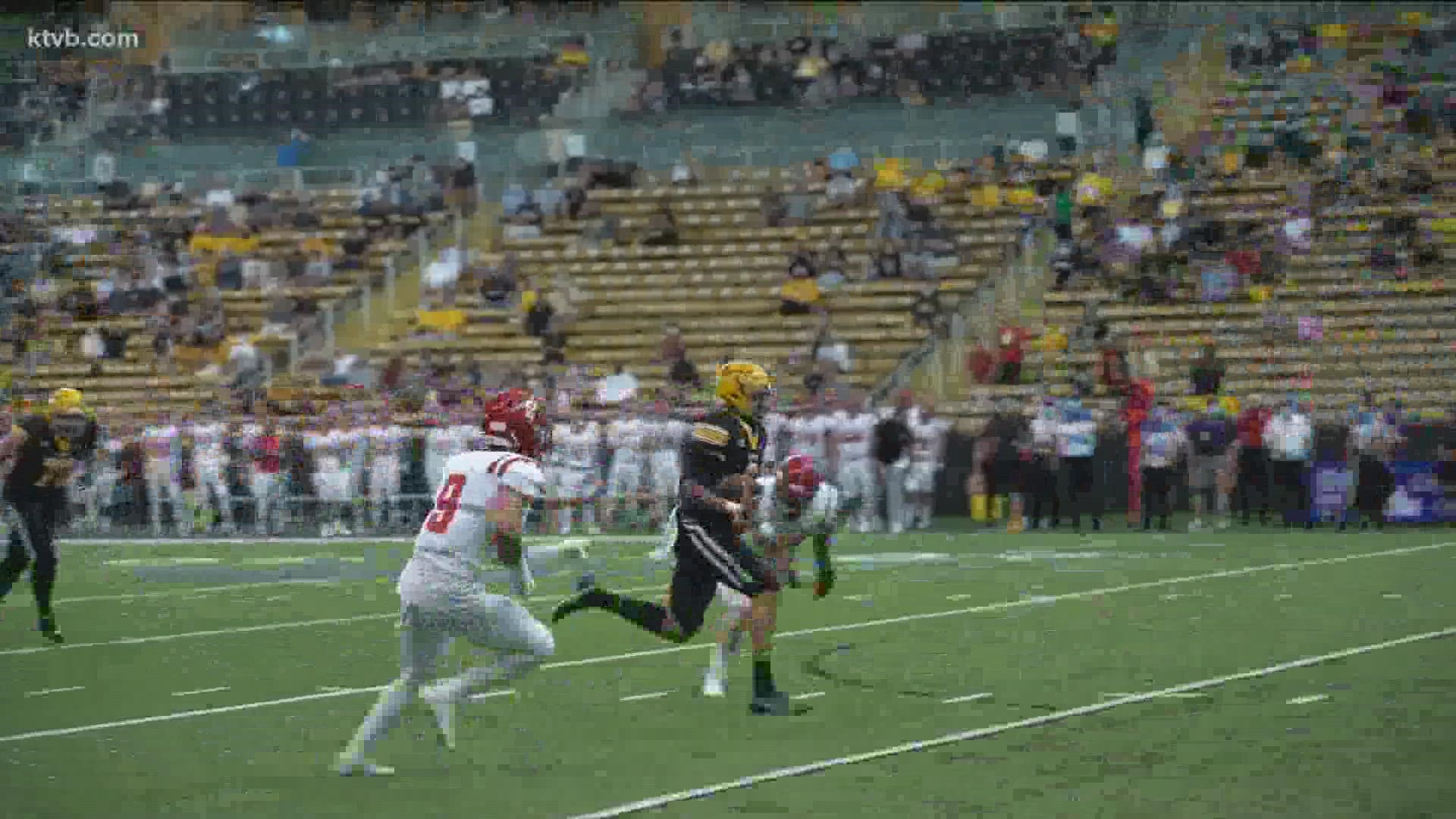 MOSCOW, Idaho — CJ Jordan passed for two touchdowns and ran for another and the Idaho Vandals posted their first shutout victory since 2010 with a 68-0 win over Division II Simon Fraser in a season opener.

They amassed those points behind an offense that outgained the Clan from Burnaby, British Columbia, 593-90.

The score was 40-0 at halftime after the Vandals held the Clan to minus-4 yards offense.