Justian Jessup, the Mountain West’s all-time leader in career three-pointers made, is training for an opportunity to play professionally next season. 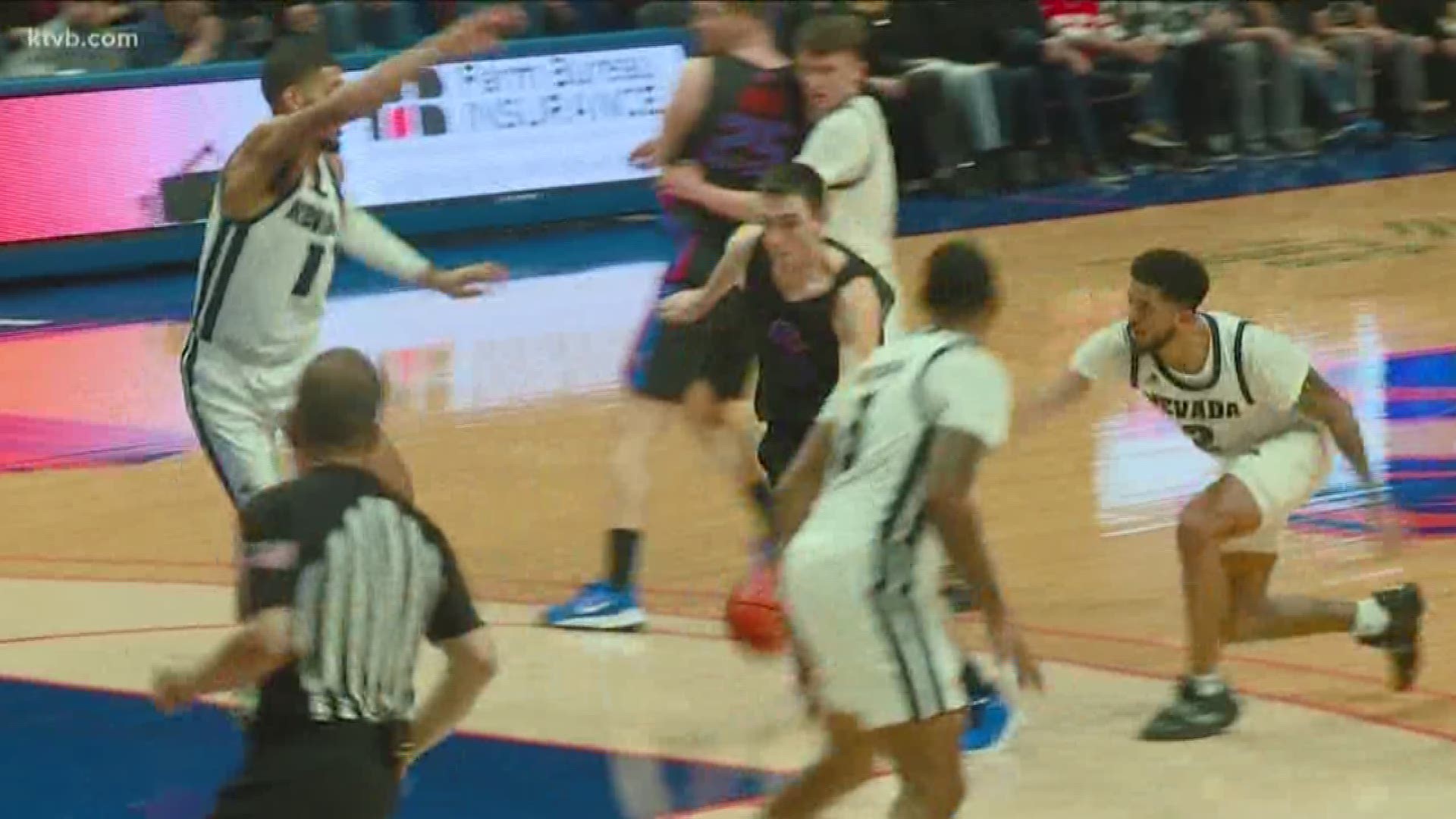 BOISE, Idaho — Justian Jessup, the Mountain West’s all-time leader in career three-pointers made, is now living in Los Angeles, training for a professional opportunity next season, whether that be in the NBA/NBA G-League, or overseas playing professionally.

The former Boise State men's basketball star signed with an agent after this season was cut short due to COVID-19, and he’s training and working out with other draft hopefuls in LA.

He told KTVB that he’s talked to a couple of NBA teams over the last few months. Justinian finished his career eighth all-time in scoring at Boise State with 1,583 career points, set the school record for three-pointers in a season this past year with 98.

Jessup talked with KTVB's Will Hall to discuss how he's trying to make it to the NBA during the coronavirus pandemic and what he thinks of the Broncos' 2020 team.

Will Hall: How are things going, what have you been up to?

Justinian Jessup: Just trying to get back into the groove a little bit, I signed with an agent. Now I'm down here in Los Angeles, training, working out, just doing all of that good stuff.

Hall:  So you signed with an agent and you're working out a lot right now, what has this process been like as you prepare to take the next step in your career?

Hall: What's the feedback been like from NBA people when you're able to interview with them?

Jessup: I think it's mostly just questions about my athletic ability and defense, which is fair, and that's something that I definitely have to improve on from an athletic standpoint, and that's what I'm trying to do right now. There is so much time, so I'm trying to take advantage of this open space and focus on that area because it's going to be crucial for my career going forward.

Hall: If you had to go overseas, do you have a preference for where you'd like to play?

Jessup: Somewhere warm (laughs). No offense to Boise, but the winter is kind of gloomy. Probably somewhere like Greece or Italy. That would be kind of my top two. The thing for me is I just want to be in a good spot where I'm getting good exposure, playing time and it's just the right fit overall.

Hall: Knowing that you're almost there, achieving a life long dream of playing professional basketball, how exciting has this process been for you?

Jessup: Every day I try to be grateful, because not a lot of other players have this opportunity and I have the fortunes of being able to go play at the next level, so I'm just grateful and I'm trying to make the most of it right now.

Hall: When you reflect on your Boise State career, what are you most proud of?

Jessup: The big wins that we got while I was there, that's the stuff I'll remember the most, the locker room after the big wins. The finish with Utah State, the win at Oregon, hitting the half-court shot. Those are the sort of things I'm going to take with me forever.

Hall: You think about the team that Boise State will have next season, a lot of excitement and optimism surrounding the team, what's your perspective on the guys waiting in the wings, and what's your outlook for next year's team?

Jessup: They had a great redshirt year, of practices and being in the weight room, they have all gotten a lot stronger, and grown their skills, so I'm really excited to watch the team next year to be honest with you, like I'm going to be keeping up with all the games and I think they're going to have a lot of success, especially those newcomers like you talked about, they're in for big seasons for all of them, so I'm definitely excited for next year's team.">

RELATED: From Nigeria to Virginia to Idaho: Boise State DE commit's unique journey to the Broncos

RELATED: Boise State's Derrick Alston speaks out on Black Lives Matter and voting: 'I have to stand up for what is right'