Two years after scoring seven points during his redshirt freshman season, the Boise State star is declaring for the NBA Draft. 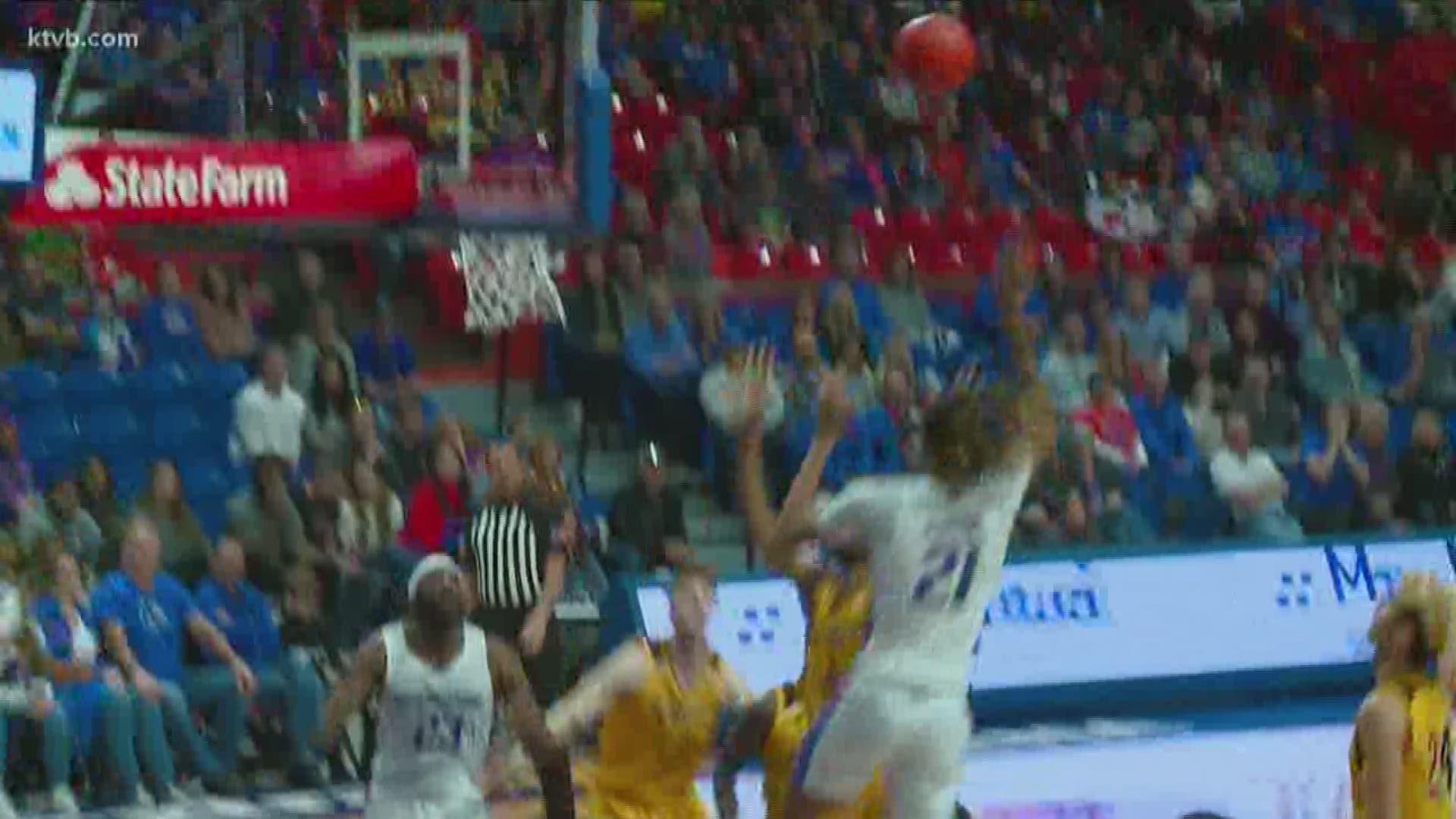 The junior made the announcement in a tweet, where he said, "I am grateful for the opportunity to chase my dream, while retaining my NCAA eligibility and leaving the door open for my return to Boise State."

Alston has until June 3 to withdraw his name from the NBA Draft and still be able to return to Boise State.

Three years ago, Chandler Hutchison also declared during his junior year but returned for his senior season. He went onto be drafted by the Chicago Bulls in the first round of the 2018 NBA Draft.

In a statement, Rice added that "Derrick is going to explore his options and make an educated decision. Being in this position is a testament to how hard he has worked and the commitment to his development."

The Houston native's father, Derrick Alston Sr., is the head coach of the Westchester Knicks, the NBA G League affiliate of the New York Knicks.

RELATED: What waters are there for Derrick Alston to test?