The Broncos hit a season-high 14 3-pointers with 21 assists, their second best. 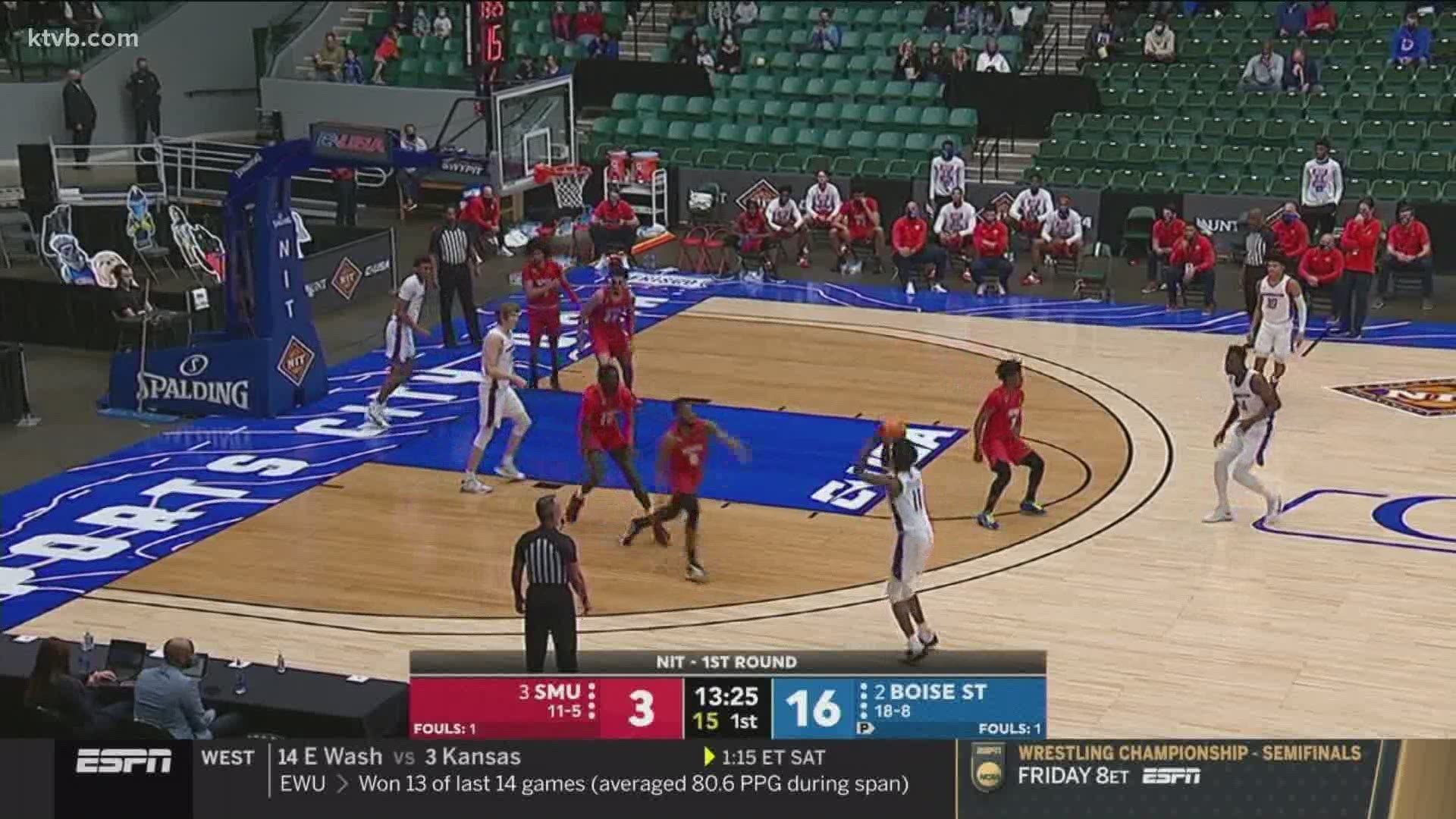 FRISCO, Texas — Devonaire Doutrive scored on a putback with 10.1 seconds to play and Boise State defeated SMU 85-84 in a first-round game of NIT.

Mladen Armus, who made the play to keep the ball alive for Doutrive, also made the defensive play on the other end that forced a turnover.

Boise State will play the winner of Saturday’s Memphis-Dayton game in the quarterfinals next Thursday.

Armus scored 18 points on 5-of-8 shooting and grabbed 10 rebounds for the Broncos, who hit a season-high 14 3-pointers with 21 assists, their second best.