Commissioner Craig Thompson talked about what it will take to get players back on the field during an interview with the Mountain West Network. 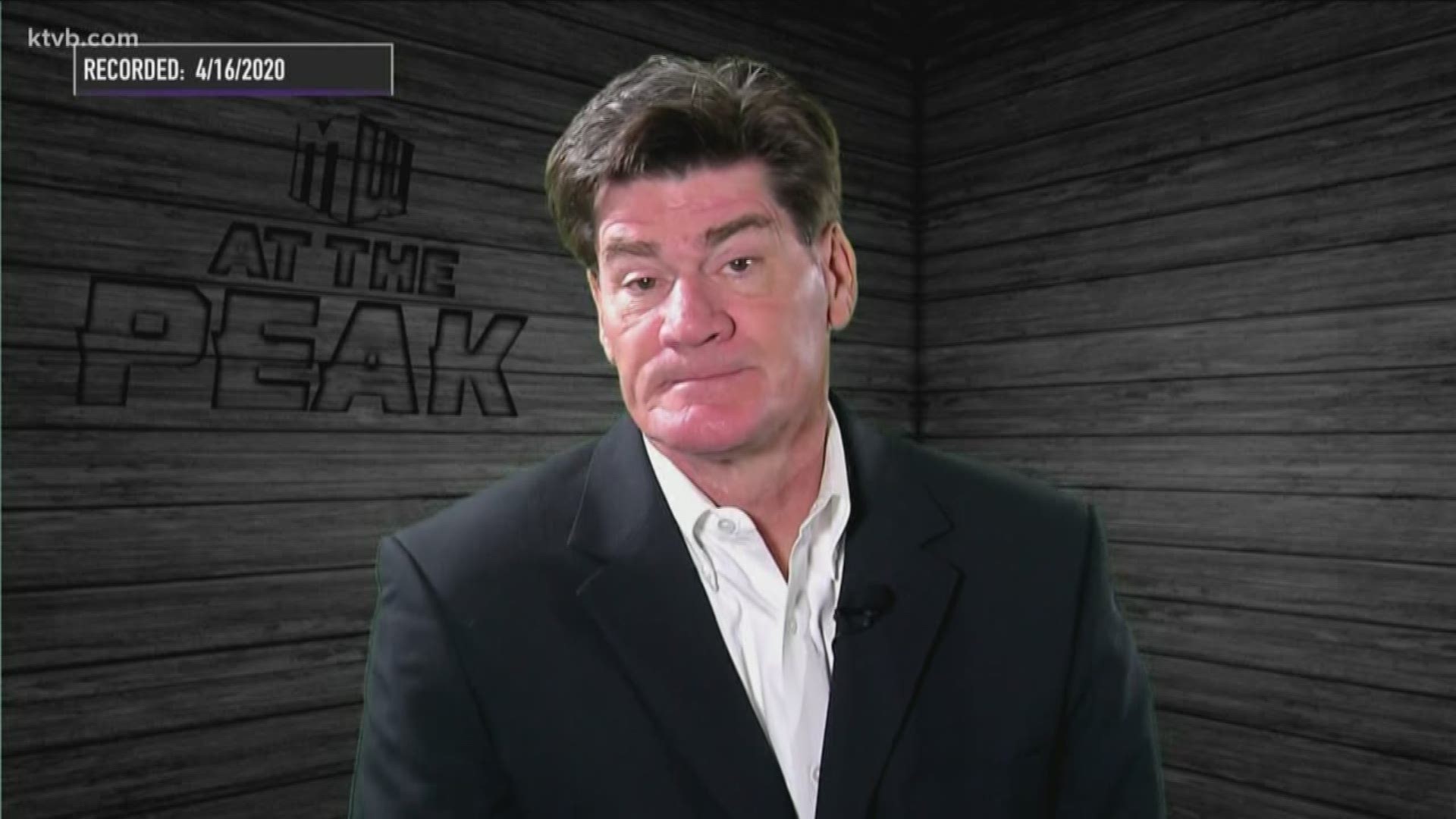 BOISE, Idaho — The Boise State football team is scheduled to kick off its season opener on Sept. 5 at Albertsons Stadium against Georgia Southern, but the season is still very much in doubt because of the coronavirus pandemic.

Bronco Nation, and all football fans, are wondering if there will be college football in 2020.

Mountain West Conference Commissioner Craig Thompson answered questions about whether teams will have enough time to get ready to play this fall during an 8-minute video interview with Jesse Kurtz of the Mountain West Network on Tuesday. It was the second of two video messages posted on YouTube.

Thompson was asked when it will be safe for college athletes to get back on the field of play. He said that depends on when students return to the classroom.

“Unless they’re in full blow dormitories and housing, and the other facilities that are open, we won’t have college athletics,” Thompson said.

One of the biggest challenges is getting a conference with schools in eight different states back up and running around the same time. Thompson was asked how long to players and coaches need to get ready for the season that typically starts around the beginning of September.

“It’s an interesting debate in football. For instance, some people seem to reason that six to seven weeks is the suggested time it would take for them to get ready. A lot of these football players haven’t been on campus, haven’t been in personal with a coach,” he said.

Colleges and universities across the country are struggling with difficult financial decisions and budget cuts in the wake of the battle against COVID-19.

Boise State President Marlene Tromp announced in a letter to faculty and staff this week that employees making more than $40,000 annually will be placed on furlough between May 3 and July 31, that includes coaches, staff and athletic department personnel. The amount of unpaid time off depends on the employee’s annual salary.

A year without football could prove to be a huge financial blow in an already tumultuous time for university budgets. Some schools have begun cutting sports while others are taking the idea under consideration.

And what are the key dates to look for that would give better insight to where this might all headed?

“The historic Labor Day weekend to open and launch football, that might be your first barometer, so sometime early July a decision would need to be made that we’re going to start the season, uh Labor Day weekend,” Thompson said.

He says there is even talk of moving the start of the college football season to October, and possibly playing in the spring of 2021, which coincides with basketball and other sports. But right now, that is just talk. There are a lot of unknowns about how the coronavirus pandemic will play out across the U.S.

Revenues from college football are the driving engine that fuels all other sports programs on campus. The MWC recently entered in to a new six-year deal with CBS and Fox to broadcast its games.

“With the CBS and Fox new media contracts we’re anticipating a threefold increase over past rates fees, and so if we don’t fulfill and provide them with a 12-week schedule and games over the course of nearly four months, there will be an impact and you know it’s just too early to say are we going to play 12 games or not,” he said.

You can watch the full two-part interview with Commissioner Thompson on YouTube.