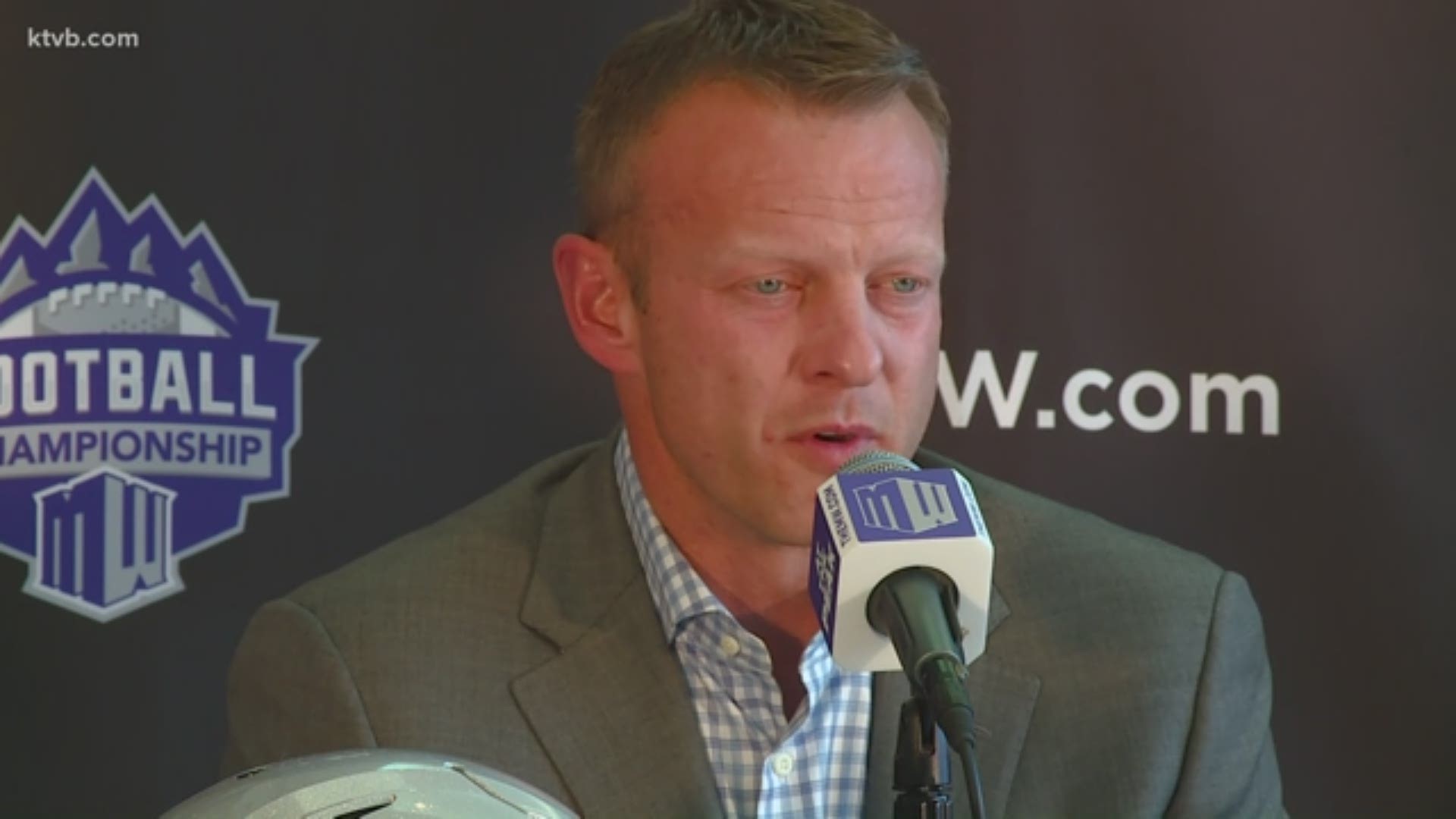 Boise State head coach Bryan Harsin, quarterback Jaylon Henderson and defensive end Curtis Weaver then spoke with the media. You can watch that video with this story.

"Really for our coaches, our players, this thing started a long time ago. This week, we're excited to be in this game, this is where we wanted to be," Harsin said. "This week, it's about Hawaii, it's about playing at home, it's about an opportunity to play for a championship and a chance to win one and we're excited about that and our players have done a tremendous job of getting themselves ready to do that."

You can also watch the entire press conference on the KTVB YouTube channel.

BOOKMARK THIS PAGE FOR SATURDAY: Live at 9 a.m.: Bronco Roundup Game Day show ahead of the Mountain West Championship

RELATED: Boise State fan blog tries to help those in need get into Albertsons Stadium for Mountain West Championship Game