Rocky Mountain product reflects back on being drafted to the MLB

Jackson Cluff also explained to KTVB how he's staying in playing shape during the coronavirus pandemic. 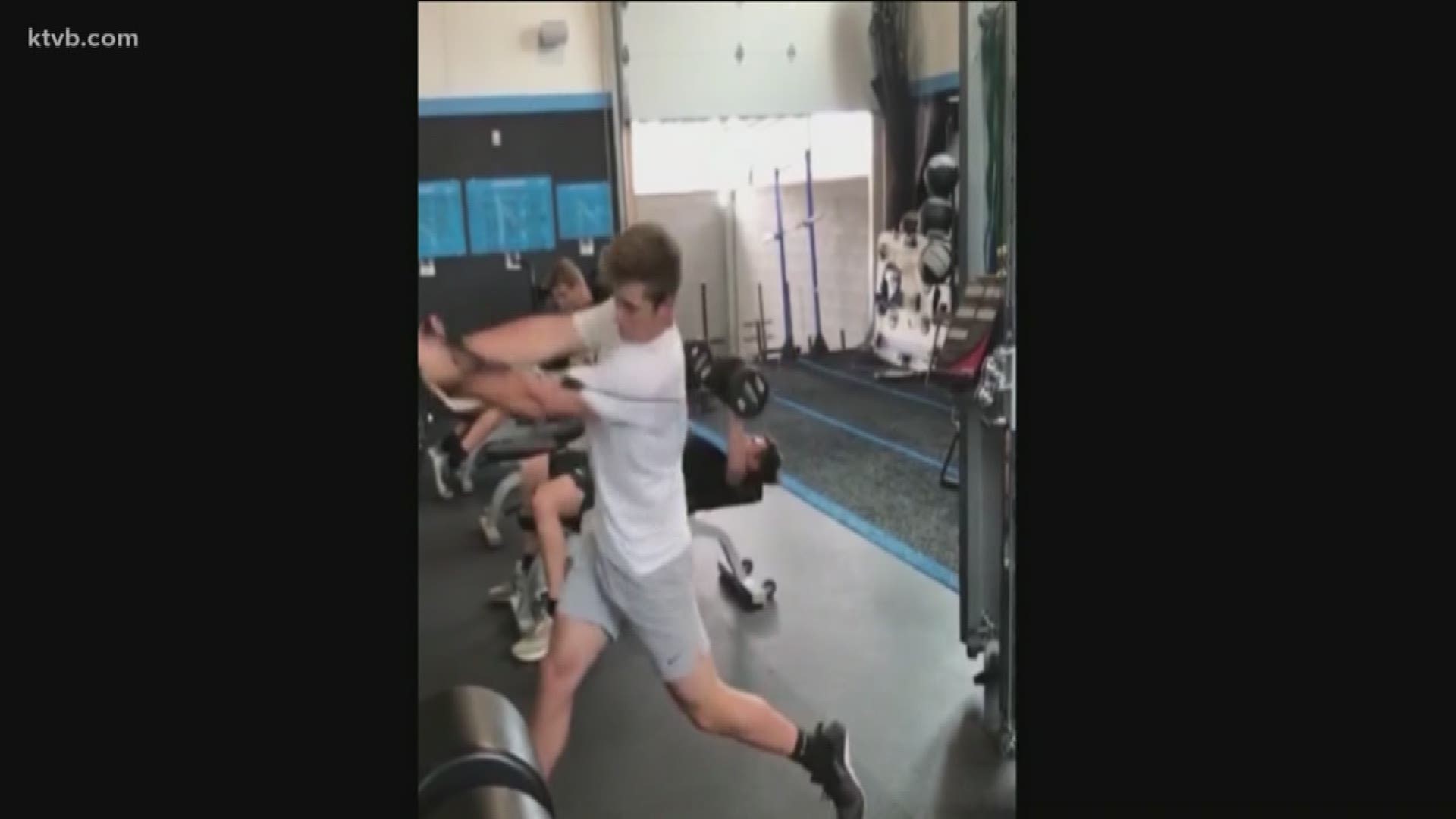 BOISE, Idaho — Rocky Mountain High School alumnus Jackson Cluff might only be one year into his professional baseball career, but he is already one of the more accomplished prospects to ever come out of the state of Idaho.

Just over a year ago, the Washington Nationals selected Cluff with the 183rd overall pick in the sixth round of the 2019 MLB Draft. In doing so, he became the second-highest Idahoan selected in the MLB draft in the last decade, trailing only Mason Smith, a former teammate a Rocky Mountain.

Cluff was a highly sought after recruited out of high school. He was recruited by Hawai'i, Iowa, Oregon, Oregon State, Utah, and Washington State, but ultimately committed to BYU.

As a true freshman in 2016, Cluff appeared in 43 games and his .279. He then served a two-year mission before returning to the BYU baseball program in 2019.

In his first season as a professional last summer, Cluff was assigned to the Nationals full-season A-Ball affiliate in Hagerstown. Cluff posted a .229 batting after and hit five home runs in 62 games. This offseason, he was named a Top 30 prospect in the Nationals' organization.

Recently, KTVB Sports Director Jay Tust caught up with Cluff to relive his draft day, plus find out how he's staying sharp as COVID-19 has their season on hold.

RELATED: From Nigeria to Virginia to Idaho: Boise State DE commit's unique journey to the Broncos

Jay Tust: Jackson, it's been about a year since the Washington National selected you in the sixth round of the 2019 MLB Draft. When you look back at last year and that whole process, what was that moment like for you?

Jackson Cluff: Draft day was pretty cool just because I looked forward to it for so long and you really have no idea what's going to happen. So when you finally hear your name gets called, it's kind of a relief.

Tust: What do you remember about that day, specifically a moment you'll never forget.

Cluff: Well, it was the longest six hours of my life. I remember getting up at 6 a.m., and I knew I wasn't a Day 1 guy, I knew I wasn't a first or second-rounder. I was hoping that I was going to go on Day 2, that's kind of where I was slotted. Somewhere between the five and 10 round range. Then eventually, about an hour before I got drafted, I had about three or four teams call me and say, 'Hey, we're going to take you in two rounds.' And then the Nationals call me and said, 'Hey, we're into the next round.' I was like, 'Alright, I hope you do, but just let you know I've heard from other teams that if you don't take me now they're gonna take me with the next pick.' I think that kind of motivated them to take me. As soon as I got drafted I remember it was a relief. It was a good feeling to know that I was going to be able to have an opportunity to play professionally and that I had something coming for me.

Tust: Have you had kind of your "a-ha" moment yet? The one that you realize this dream is a reality?

Cluff: So I got invited to early (MLB) camp this year. It's separate from the big league camp, but it's just an opportunity for first-year guys [to gain experience]. Stephen Strasburg missed a spring training start, and so they needed him to throw some live [at-bats]. So he came out and I got to face him my first at-bat in like six months coming out of the offseason. The first time I had seen live pitching, I had to step in off him. That was pretty cool. He struck me out, but it was an 8-pitch at-bat, so I feel pretty good about it.

Tust: How has COVID-19 impacted you and the development of a lot of minor leaguers right now?

Cluff: Mentally it's been the hardest thing. Because when you're in the minor leagues, you got a clock on your game and you've got to keep working through the system, or one day they're going to say, 'alright, you didn't make it fast enough, you're cut.' So from a mental aspect, you just think, 'dang, that's a year from my development, that's a year gone from my plan.' You've got to kind of avoid thinking like that. You've got to remember that everyone's kind of in the same boat. From a training aspect, it's been tough. I've been pretty fortunate to have a field I can go on by myself. [Also] I and my dad built a batting cage.

Tust: Was that batting cage a surprise?

Cluff: Yeah, I wasn't expecting that. Growing up in Idaho, we always had a batting cage in our backyard but my mom always complained because it took up her whole backyard. So when we moved down to Utah she finally got her backyard back. We have some property out behind it, it's just a field, and so my dad's had this plan for a couple of years, and during the COVID we finally bore down and got it done. He's been working hard and he works just as hard as I do to help me do whatever I need to do to continue to develop my game.

Tust: There's obviously a question mark moving forward about if you guys are going to play or not. Just about every organization had a big decision to make: 'are they can going to continue to pay their minor leaguers?' Earlier this month, the Nationals committed to paying at least a portion of your salaries. It was at that point that Sean Doolittle, who is on the big league roster, came out and said they were going to do what they can to support you minor leaguers. What did that gesture mean to you?

Cluff: I think that notion by Sean Doolittle right there, that just speaks volumes as to where their mindset is at. That shows that they remember where they once were. They remember the minor leaguers, where we're at, and that they were once here. So it's pretty cool that they were committed to doing that. It's a pretty big gesture for them to be like, 'alright, we're going to take care of you guys.' It makes you feel like you're part of something bigger.

Tust: So what is next for you, Jackson? I mean, when do you get back to playing baseball? Do you have any idea at this point?

Cluff: Right now I'm not sure. We've heard the best-case scenario is that minor leaguers might be invited back August 1. But the whole minor league plan is just contingent upon what the big leaguers decide to do. Obviously they're the priority and they're the ones that are going to need the facilities. Until they make a decision on what's going to be safe for them, I think they're going to hold off on making a decision to bring us back. We've heard that hopefully in the fall that we're going to come back for a couple of months. It's not going to look like a season. It might just be scrimmaging the similar level guys around you, but who knows, hopefully in a couple of months, we'll be back.