The current netting will also be replaced with "knot-less netting, which will allow for an improved viewing experience for fans," the team says. 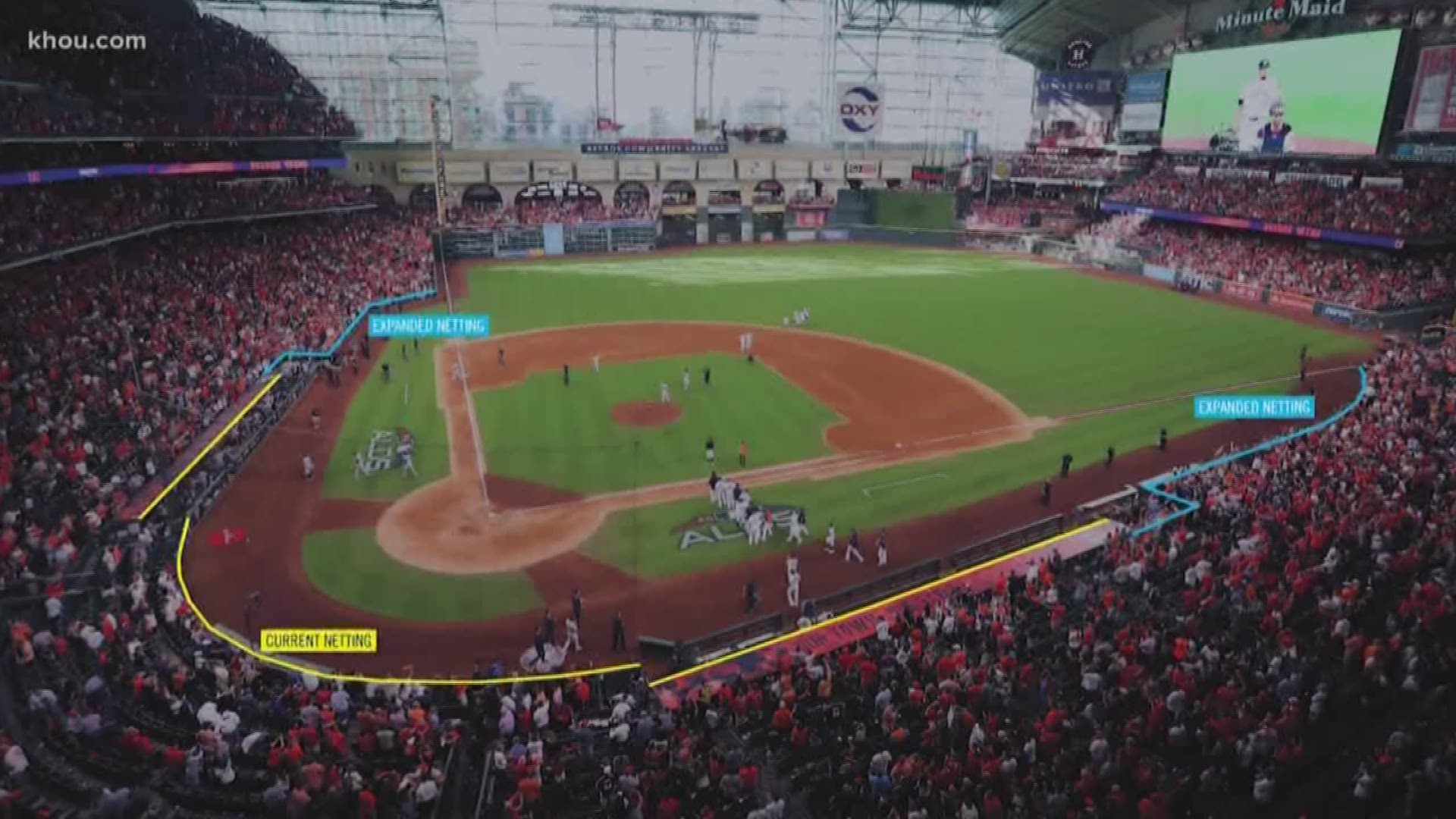 HOUSTON -- The protective netting inside Minute Maid Park will be upgraded and extended to help protect more fans, the Houston Astros announced Thursday.

The new netting will be in place by the Aug. 19 game. It is being installed while the team is on the road.

The netting will be extended further down the left-field and right-field lines, just short of the foul poles. It will be 32 feet high.

According to the team, the current netting will be replaced with "knot-less netting, which will allow for an improved viewing experience for fans."

“Fan experience is always a top priority for the Astros. The Astros have followed Major League Baseball’s guidelines regarding netting while providing fans with a choice as to whether they sit in areas with or without protective netting. These changes will improve the fan’s experience and increase the number of seats behind protective netting. Fans will continue to have the option to sit in areas without netting," the team stated.

In May, a young girl was hurt when she was struck by a foul ball at the downtown Houston ballpark - just one of several incidents where fans were hurt inside Major League Baseball parks.

Other teams that announced netting expansion this year include the White Sox, Rangers, Blue Jays and Nationals.